Days Of Our Lives: Plotline Predictions For August 2020 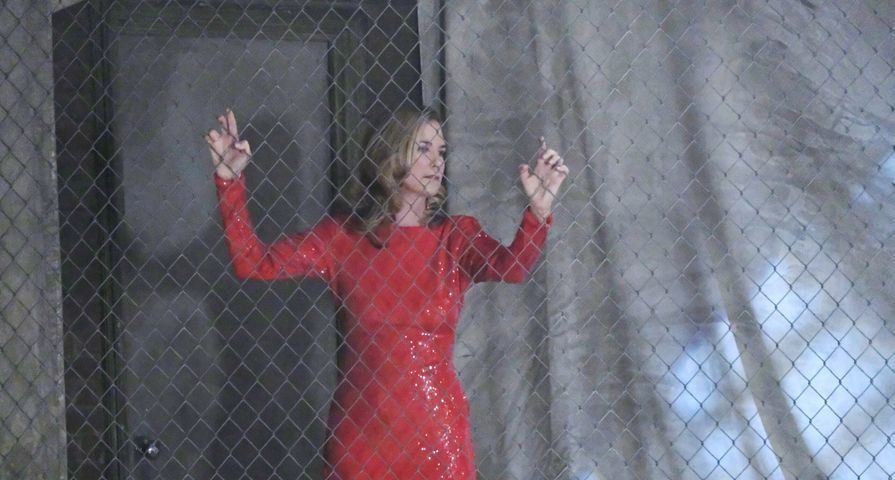 As July winds down and turns into August, it’s hard to believe the summer is half gone! With that said, there’s plenty of drama to dive into next month in the land of Salem! From Allie’s adoption and the friction between Nicole and Sami to WilSon’s exit and all of the character returns, it’s hard not to speculate about what will happen next on the show. As such, below are some Days of Our Lives (DOOL) plotline predictions for August 2020.

Actor Freddie Smith (Sonny) posted the final dates that both he/or actor Chandler Massey (Will) will be on the show. The very last date for them both is September 1st, so the bulk of WilSon’s exit storyline will take place in August. What will have them leaving Salem for good (or for now)? As per DOOL spoilers, it seems as if Will tries to deceive Sonny in early August, and Kiriakis will catch wind of it. Does Will learn something that Sami’s done and then hides it from Sonny? Will the duo leave the little town to try and repair their marriage away from Sami’s influence?

11. Allie Decides To Keep The Baby

Perhaps WilSon leaves Salem in pursuit of adoption outside of the little town. Or they leave because they are devastated that Allie decides to keep her baby, and they opt for a clean slate outside of Salem. Allie is set to give birth very soon, and there’s a good chance that once she holds her little one, she’ll decide against giving the child to her brother.

Gabi might be quite devastated come late August when WilSon decides to leave town. They won’t just up and go without Ari, and the little girl may want to go with her two dads. Gabi won’t only be sad that Ari is leaving, but Will and Sonny are her only true friends in Salem, other than brother Rafe. This will be a hard blow to Gabi and give her that much more ammunition to stay focused on DiMera Enterprises. It will be all she has left.

9. Things Heat Up In The DiMera Mansion

Speaking of, things will heat up in the DiMera mansion, and soon. Not only on the corporate side of things but personal too. Jake will probably lend some support to Gabi, perhaps listen to, and let her “talk out” the WilSon/Ari situation. On the other side of things, Chad will reach out to Gwen, asking her to spy on Hernandez. Seems as if there might be a ton of attraction going on between these four. No one will cross the line (just yet), but there will be some interactions that have fans’ raising an eyebrow.

8. A Bitter War On The Horizon

Sami and Nicole’s cake fight was just a little tease of what’s to come in August. Sami has a massive hate-on for Nicole right now, and that will only grow stronger in August, especially since Walker is getting close to Allie, and driving the young girl further away from her mother. Sami will kick the drama up a notch or two by using Eric and Nicole’s marriage (and picking away at it), as a way to get back at Walker for what she’s done in the past, and what she is doing now.

Cryptic DOOL spoilers this month tease that there is a “grim” fate in store for someone that is captured as an unlikely duo gear up. The teaser seems to imply that Claire and Ciara will save the day by helping out Ben! The good news is that the young ladies won’t only help Weston escape, but Claire will also clear her name in the process. No more bad blood between these three.

Actress Kassie DePaiva is set to reprise the role of Eve Donovan and soon, so fans shouldn’t be overly shocked if the person behind Ben’s kidnapping is Eve. She’ll of course get off on all charges, and nothing will stick to her so she can run wild in Salem for the rest of the summer and into early fall. This is the land of daytime drama after all. The guilty rarely serve time, and the innocent always have to fight tooth and nail to get out of jail!

According to DOOL spoilers, Lani and Eli will be given some unexpected news around “big changes” in August. This could be about work, or this could be about Lani expecting. There’s also a chance this could mean twins for the happy couple. There is nothing Days fans love more than couples having twins! From Marlena and Roman to Sami, Lucas and E.J., so many couples have had twins, and twins popping up in Salem is an everyday thing. Looking at you, Stefan and Jake!

Philip Kiriakis is set to come back on Tuesday, August 18th, as actor Jay Kenneth Johnson reprises his infamous role! Seems as if there is a good chance that Philip has his eyes set on Titan’s CEO job, although he may be returning with ideas about ruining Xander. Not only has Xander gotten far too close to his dad Victor, but Philip may find himself gravitating towards Sarah too. Xan and Horton are set to reunite in early August, just in time for Philip to swoop in.

Or could Philip return and rekindle something with Chloe Lane? Actress Nadia Bjorlin is reprising her Chloe Lane role in early August. As Chloe gets settled into Salem again, Philip could ride into the little town, looking to pick up where he left off with her. Or could Chloe reunite with someone else?

Before Lucas last left town to be with Allie in Europe, Chloe and Lucas were engaged and quite close. In fact, Lucas and Chloe have a longstanding romantic history together. If Chloe returns, there’s a good chance she may have Lucas on her mind. Seems as if he’ll finally be able to shake himself of Bonnie, and soon.

1. Bonnie Sets Her Sights On Justin

With Adrienne gone, and Kayla now with Steve, there is an exceptionally good chance that DOOL writers try to stir something up between Justin and Bonnie. She looks exactly like his deceased wife, and the two could share a love story where Justin is first attracted to Bonnie because of who she looks like, only to fall in love with because of who she is (if Bonnie changes her scheming ways that is, which she may, under the right influence). This love story may start come August.