Days Of Our Lives’ 10 Most Mismatched Couples 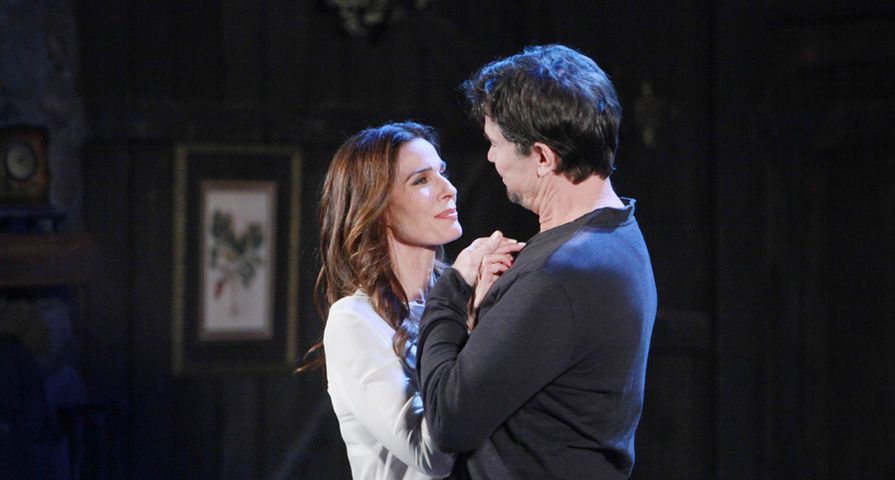 Days Of Our Lives' 8 Shortest Marriages

Mismatched couples can be a good thing in the land of daytime drama. With the right chemistry (and storyline) two characters that come from opposite backgrounds can create soap opera romance magic, but sometimes mismatched love affairs can be a disaster on screen. When it comes to Days of Our Lives (DOOL), the soap has had many mismatched duos that have turned into super couples … and some that have not. Below are 10 of DOOL’s most mismatched couples.

This was a whacky coupling circa the late 1990s, where Stefano impersonated Elvis Presley (of all people) to get a crazy Susan to fall for him and bear him a child. Let’s just say Susan was an eccentric character that couldn’t hold a candle to the powerful and rich Stefano DiMera — they were complete opposites. To make things even more odd, she had an uncanny resemblance to his adoptive daughter Kirsten, except Susan had a ridiculous accent, horrible outfits, and terrible teeth. An entire storyline unraveled around the birth of Elvis Aron Banks, better known to fans now as E.J. DiMera. While E.J. was first pawned off as John Black and Kirsten’s child (she “faked” her pregnancy), the truth was eventually revealed. The romance between Banks and DiMera was a quick one, but mismatched nonetheless.

Two larger-than-life DOOL characters from the 1980s, the only thing these two shared in common was the fact that they were both very eccentric (in a wonderful way). She was a lover of fashion, while he was an inventor. She was “out there” outrageous, while Bradford was a bit more reserved. They made it work and despite the fact that it has been a long while since Days‘ fans have seen them on screen, they still remain a beloved couple that many long-time fans simply cannot forget.

10 Best Days Of Our Lives Actors

When it comes to the land of Salem, these two represent complete extremes. Maggie was the gentle soul of the town, someone that could be trusted and always willing to help out a friend or family member. Victor was the Greek corporate tycoon, obsessed with business and controlling what his family did – not to mention some illegal activities in and around town. Since these two have come together, Maggie has certainly helped to soften Victor up. Again, they might be mismatched, but they are also quite charming together.

Austin has always been a perfect fit for Carrie Brady. Both are kind-hearted, family-oriented individuals who are good friends and all around good people. This is perhaps why they are still together after all these years. However, when Sami was obsessed with her sister’s better half in the 1990s, she was successfully able to pull these two apart. Sami’s changed over the years, but back then she was a manipulative, backstabbing, scheming little liar. Certainly, a mismatch to the moral compass that Austin possessed.

8 Stars You Forgot Were On Days Of Our Lives

Speaking of Sami, she shared another mismatched relationship in the mid-2000s when she hooked up with Rafe Hernandez. The two did make an incredible couple, with a ton of chemistry, but Rafe being a cop and FBI agent – while Sami’s schemes always had her on the other side of the law – made this duo mismatched. Sadly, the two went their separate ways in 2012 and it was all thanks to an affair Sami had with baby daddy E.J. DiMera.

Rafe certainly has a thing for bad girls and no one could have ever predicted that he would end up hooking up with Sami’s nemesis, Kate Roberts. Yes, there was a bit of an age difference, but the reason behind the mismatch was that Kate wasn’t the honest person Rafe was. In fact, she walked a fine line between what was okay and what was illegal, and if she could get away with murder, she would most definitely try (and she has in the past). Besides, Kate’s always been aligned with corporate powerhouses (Victor, Stefano, and John … just to name a few). While they were mismatched, they were also an intriguing couple to watch onscreen.

Popular But Forgotten Days Of Our Lives Actresses

One of DOOL’s best super couples of all time, Jenn and Jack were complete opposites, which is maybe why this relationship worked. When Jack met Jenn in the late ‘80s he was messed up, spoiled, and came from an extremely dysfunctional family. Jenn, on the other hand, came from the Horton clan and grew up in a modest but loving home. The two clashed a lot in the beginning, but Jenn’s love and influence helped transform Jack from zero to hero in no time.

Things Only The Biggest Days Of Our Lives Fans Would Know

The only thing these two had in common was their love of money. They came from different backgrounds, there was a huge age difference between them, and they shared no common interests. The only thing they had in common was ruining other people’s lives – but this would bite Victor in the butt in the long run as Nicole would plot his murder for an inheritance as their relationship progressed. Good news is both characters have come a long way since they were a couple in 2008.

Most Popular Days Of Our Lives Actresses Ranked

Who misses this super couple? Yes, they shared a tremendous bond and romance together, but when these two first met they were complete opposites. Hope’s parents didn’t quite approve of Bo initially. She was a good girl, while Bo was a motorcycle-riding bad boy. Seems like it couldn’t work, but it did … and for years.

Days Of Our Lives Couples With No Chemistry

These two continue to wow audiences to this day with a love story that spans three decades. But who would have thought goodie-two-shoes Kayla, nurse-turned-doctor, would fall for thug-now-private investigator Steve? They are an unlikely couple who do not share a common background, family life, and at one time, values system. Years later they are still together and somehow through the ups and downs they not only make it work, but create super couple soap opera magic on our television screens daily.