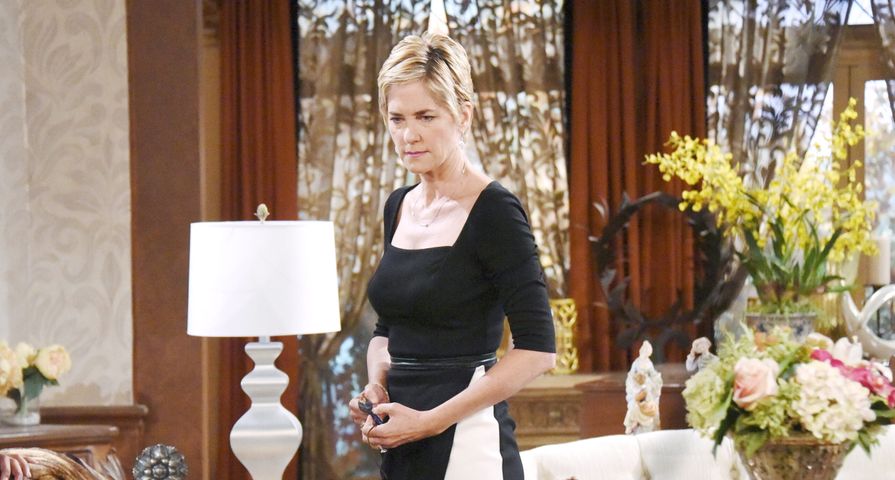 What would the land of daytime drama be without those terrible villains? They scheme, plot, and cause all-around chaos in the soap opera world. When it comes to Days of Our Lives (DOOL), Salem has seen some nasty bad guys (and gals) over the years. Still, these villain and villainesses have made life interesting in the land of Salem. Below is an overview of DOOL villains ranked.

Sami still teeters on villainess and heroine at times; however, back in the day, she had a consistent and terrible past of scheming, lying, and making people’s lives miserable. As a teenager, she worked hard to break up her sister Carrie’s relationship with Austin Reed so she could have him all to herself. She’s lied about her children’s paternity, manipulated men into marrying her, and even tried to sell her baby sister on the black market! With that said, she lands low on the list because Sami has more than redeemed herself over the years. Sure, she’s still sneaky but, nowadays, it is generally for the greater good.

She really is trying to make up for lost time and clean up her act; however, Claire Brady was a force to be reckoned with during her villainess DOOL heyday. Who tries to burn their cousin down in a cabin? That’s just the tip of the iceberg when it comes to Claire, although it does seem like she’s finally learned that it is better to do good in Salem than bad.

Much like Sami, Victor has redeemed himself a tad over the years, but this could also have to do with the strong influence his better half Maggie has on him. With that said, she’s still been pretty bad over the recent years, and that is nothing compared to the bad, bad stuff he did in the 1980s and ‘90s. From blackmail to threats to leading a drug ring, and consistently meddling in his family’s life to control them, Victor lands on this list for being one of the top villains Salem has ever seen.

Is Gabi all that bad? Her terrible ways do tend to focus primarily on Chad and Abigail; however, the things she did to this couple (and continues to do) is almost unforgivable. From making Abby believe she’d gone insane (again) to trying to steal Chad (and take control of his family company from him) to having them both believe their daughter was Stefan’s bio child was completely over the top, she did it all in the name of revenge! Don’t cross this Salem bad girl … ever!

As the nephew of Victor and Deimos Kiriakis, it makes no surprise Xander has hit this villains’ list. While a bit of a newcomer to DOOL (when compared to his relatives above), he’s dabbled in plenty of dastardly work over recent years. He was once convicted of manslaughter as a teen, partook in a diamond heist, caused chaos in Salem when he escaped prison, more recently shot Brady and kidnapped Nicole and her baby girl, Holly – not to mention the Rachel/Mickey baby switch fiasco! He’s desperately trying to be a better man, but will that happen? He’s a Kiriakis after all!

Slimy, gross, and just plain disgusting, Clyde Weston has left his villainous mark in Salem. He was an abusive father, a drug dealer, a blackmailer, and escaped prison just to torture the residents of Salem. Seems like a real keeper, huh? Shockingly enough, Kate Roberts thought so at one point until she kicked him to the curb!

Eve’s never played nice, but over the years, she’s bumped up her villainess ways up a notch. Bringing Jack back to the land of the living, only to turn him against Jennifer (and use him for her own gain) was pretty terrible; however, brainwashing Ben to get back and him and ax Ciara was horrendous. Will Eve ever move past her scheming ways?

The Kiriakis family seems to be dominating this list! Deimos was a controlling, manipulative man, who had no problem holding people hostage or even ordering hits on to make sure he got what he wanted. It’s no wonder why Chloe Lane fought desperately to keep Holly away from this guy — he was pure evil.

Speaking of evil — sure, she may not be Stefano DiMera’s bio daughter, but she’s got that villainous DiMera blood running through her veins, and it shows from her evil-doing resume, which includes kidnapping Marlena and holding her hostage, buying a baby and pretending it was her own, drugging and assaulting Eric, and stealing Teresa’s embryo to try and raise the baby on her own — and these are just the highlights! They say the apple doesn’t fall far from the tree and Kristen is a living soap opera example of this. With that said, she has softened dramatically since she’s become a mom, so here’s hoping that the pattern continues!

Orpheus has a long and rich history in Salem, stemming back to the late 1980s, and while gaining revenge on Marlena and John has always been his main focus, most recently he’s tortured other Salem residents from Rafe to Maggie, Jordan, and many others. In the typical style for villains in daytime drama, the guy has nine lives, so Salem shouldn’t feel too safe if he’s not in the picture; it’s only a matter of time before he’ll pop up again.

Who tries to bury alive not one, but two ladies, mere years apart? Vivian Alamain, that’s who! She’s a rich, manipulative schemer who loves to control her family. At one point, her two main goals in life were to ruin Carly Manning and marry Victor Kiriakis. In the process of accomplishing these two things, she caused a tremendous amount of trouble in Salem. She bribed, drugged, and almost killed a couple of people throughout her time in Salem. Alamain is undoubtedly one of the best villainesses the little town has ever seen.

Stefano is not only the best DOOL villain to grace Salem, he just might be the best in all of soap opera land! He was smart, conniving, showed no remorse, and was able to pull off the most incredible schemes over his time. He also refuses to go away, had nine lives, and was unstoppable. Despite all he’s done, ask any Days’ fan and they will tell you — Salem is simply not the same without him.