Home » Entertainment » TV » Days Of Our Lives’ 10 Most Iconic Moments 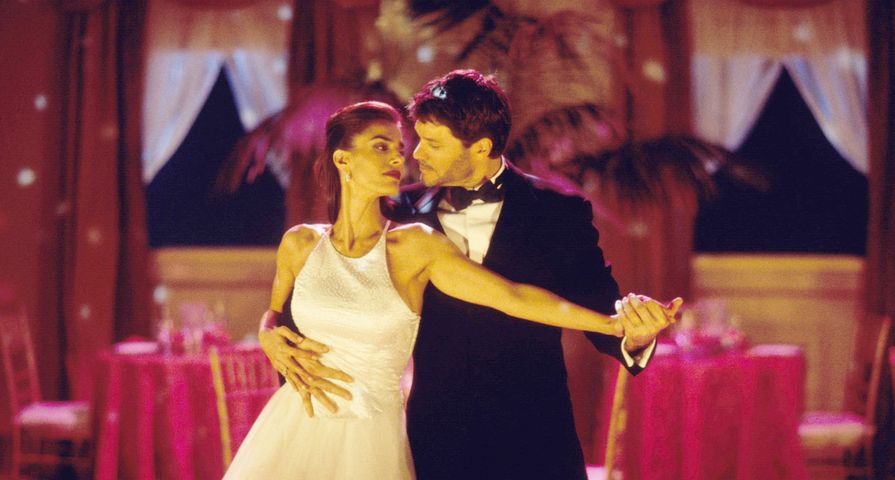 For over fifty years now, Days of Our Lives (DOOL) has been delighting its fans with intrigue, adventure, mystery, and a ton of romance! Audiences have fallen in love with the Hortons, wished they were part of the Bradys and despised the DiMeras (for the most part). As DOOL celebrates yet another birthday within the land of daytime drama this November, here are some iconic moments from the incredibly popular soap opera.

He’s alive and well now, but when Jack “passed away” in 2012, he did so with a boom, saving the life of daughter Abigail. Picture it, an autism fundraiser was held in honor of Lexie Carver, and after a great explosion, the banquet hall where the event had been taking place was rocked. Abigail was locked in an elevator, and as Jack pushed his way into it to save her, the cables began to crack. He ended up pushing her out of the elevator just before the doors closed and the entire thing came to a crash. Jack went out a hero, but the silver lining was after some years, he turned out to be okay.

It seemed like the end of an era at the time. Hope would end up shooting Stefano DiMera in early 2016, and with actor Joseph Mascolo announcing his retirement, DOOL fans naturally thought that the show was looking for some finality around the character. Stefano being shot at – point-blank – seemed so impossible, on so many levels, so the entire seen not only took fans aback, but also seemed so surreal. Alas, DiMera would “return” not once, but twice, proving that the man doesn’t have nine lives … seems more like he has 12 lives at this point.

One cannot even utter the words ‘Days of Our Lives’ without immediately thinking about the storyline that involved heroin Dr. Marlena and the Devil. She was possessed by him at one point in time, but thankfully love interest John Black was once a priest, so he was able to rid her of her demonic woes. Only in the land of soap operas!

Sami unleashed a whole lot of manipulation back in her late teens and early twenties. One source of her frustration was the desperate need to steal her sister’s boyfriend, one that took her a lot of time to shake. Sami was obsessed with Austin Reed, but his heart always belonged to Carrie; however, Sami persisted and was even about to marry Austin (for the 2nd time) at one point. To the delight of many, Sami did not get away with marriage number two, and in the end, Carrie not only stopped the wedding, but was able to smack her sister in the process! She then stepped in Sami’s place at the altar, and married Austin herself!

One of the most iconic moments and a huge milestone for the LGBT community was when Will Horton revealed he was gay. There weren’t many same-sex relationships on daytime dramas then, so his story was pretty ground-breaking. Will and Sonny Kiriakis had a beautiful romance that defied gender stereotypes. It also broke down barriers and proved to soap opera audiences everywhere, that same-sex relationships go through the same drama as heterosexual ones.

A pivotal moment for a lot of long-time DOOL fans occurred in 1984 when Roman Brady fell off a cliff (while fighting rival Stefano DiMera). Sadly, he was thought to have passed, and many Days’ fans mourned the loss of an incredible character. His wife Marlena tried to move on, but while the moment was shocking, it also opened a door for another new storyline.

After Roman passed, Marlena struggled to raise twins Sami and Eric, as well as her stepdaughter Carrie, although she didn’t have to wait that long for a reprieve. Roman returned from beyond the grave in 1986 in the form of a bandaged-up John Black. It would turn out that John was really Roman. While about a year later, Marlena would pass away (not really, it would end up that she was alive), John lived the Brady life for about five years until the real Roman returned. Alas, on that day, John Black was officially born. Who is he? Fans still really don’t know the answer to that question to this day.

5. Julie And Doug Get Hitched For The First Time

Forget General Hospital’s Luke and Laura, Doug and Julie Williams were the real first official super couple of daytime drama, and fans could not wait to see them say ‘I do’ back in the day. The wedding took place in 1976, the very same year that Bill and Susan Hayes splashed on the cover of Time Magazine — the first and last time any characters from the land of soaps would be granted this honor. About sixteen million Days‘ fans watched on as everyone’s favorite soap opera couple got hitched.

Amidst lower ratings in the early 2000s, DOOL writers decided to stir the pot with an interesting storyline that saw many long-time and beloved characters get axed. Who could the serial killer be? Fans were shocked to learn that it was Marlena Evans, DOOL’s resident heroine. The good news (on multiple levels) ended up being that Evans was not the one behind it, and all these characters were alive and well, living their best tropical life on an island that Stefano had them sent to.

Days loves its dramatic wedding stoppers! Carrie Brady hit the list at number nine and her Uncle Bo lands at number three. In the 1980s, as the love of his life Hope was about to marry the sleaze-ball Larry Welch, Bo (on his motorcycle and all) rode on in to save the day, stopped the wedding, and rescued Hope from a life of misery. It was a tad over-the-top, but back then everything was over-the-top.

The Steve and Kayla love story is so timeless that DOOL fans still revel in the romance that unfolds between these two to this very day. Back in the late ‘80s when they were first falling in love, viewers fell hard for this scrappy thug from the wrong side of town who was smitten with Salem’s girl next door. An iconic moment for these two was when Kayla helped take care of a beaten-down Steve, thus removing his patch to help clean a wound of his. Audiences were never shown what lay behind the patch, but the enduring part of this moment was how Kayla was not at all affected by whatever she saw and simply carried on with her nursing duties. What would follow is a beautiful love story between these two, and many incredible romantic memories along the way.

It is many people’s worst nightmare: being buried alive in a coffin six feet under, which makes this DOOL moment so iconic and memorable. Vivian Alamain was so desperate for revenge that she plotted a scheme where she was able to convince Salem that Carly had passed on. While she was still alive, Carly had a funeral and was buried in the ground. Alamain made sure to somehow place a radio transmitter in the box, to allow her to communicate with Carly during her so-called last hours of life. Thankfully, Carly would be rescued in the end; however, years later Vivian got a taste of her own medicine when she would plot that same plan once again on Maggie Horton, but fall victim to it when she was trapped in a sarcophagus instead.