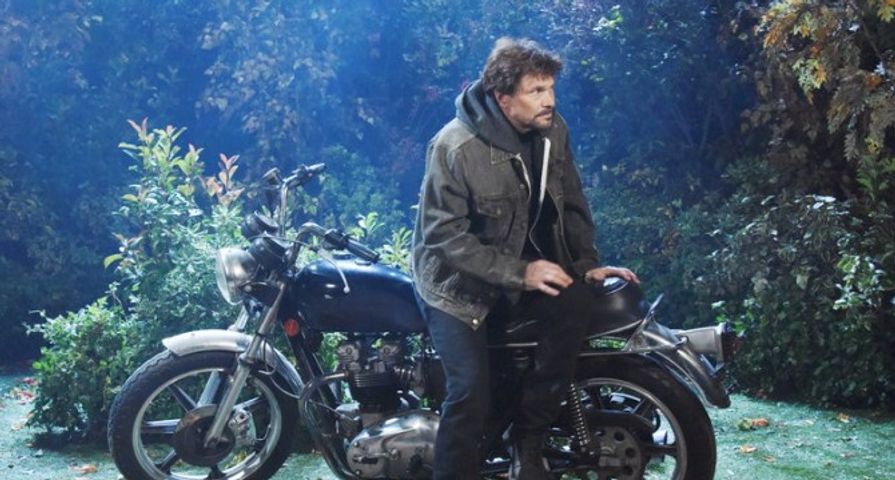 In the land of soap operas, characters come and go on a daily basis. Some leave town, some simply stop showing up on screen (but are still mentioned now and again), and some die. Alas, characters who do leave will come back and it is not uncommon for a hero/heroine or villain/villainess to return from the dead, despite the circumstances around their demise. As such, below are seven Days of Our Lives (DOOL) characters we wish would come back from the dead.

Alex North was an interesting character. He was the first husband of Dr. Marlena Evans and while he seemed all nice and sweet initially, he ended up being a manipulative character that was up to no good. Perhaps the most interesting dynamic to the North character was the fact that Wayne Northrop, the actor in the role, initially played the original Roman Brady, another huge love interest for Evans. He is one that could easily come back from the dead because he died in 2006 after he fell off a cliff, but his body was never found. While he’s not one we would consider a fan favorite, he is certainly evil enough to stir up some drama between John and Marlena should he re-enter the land of Salem.

10 Worst Days Of Our Lives Actors

The J.J. Deveraux character has not been the same since his love interest Paige Larson died at the hands of the Salem Necktie Serial Killer in 2015. While her death was quite final, Paige had tremendous roots in Salem, was a fan favorite, and a return would cause quite a stir. Linked to not only the Donovan/Brady clan, after Paige’s death it was be revealed that she also had ties to the Hernandez family, with her bio dad being Eduardo and half-siblings Gabi, Dario, and Rafe in tow. Paige coming back from the dead would be a hard feat, but crazier things have happened in Salem.

Source: Days of Our Lives News

Days Of Our Lives' Longest-Running Roles

Speaking of Salem’s Necktie Serial Killer, another huge loss to DOOL was the Will Horton character. Not only did Will have incredible ties to other Salemites (with Sami Brady and Lucas Horton as parents), his character was a trailblazer when it came to same-sex storylines and romances in the soap opera world. Much like Paige, it would be very hard (to say the least) to bring back Will, but the storyline could very well be quite intriguing and add a little wedge in the pending romance between Sonny and Paul.

5 Of The Biggest Days Of Our Lives Betrayals

Who else misses Lexie? She certainly walked a fine line between heroine and villainess over her tenure on DOOL, but there wasn’t a dry eye in any fan’s house the day that Carver passed away from brain tumors – in the arms of the man she loved. Abe and Theo are two characters who are quite prominent in DOOL storylines today, and with Abe finally making a move to allow love into his heart again. If Lexie could be resurrected from the dead, it would sure make an explosive storyline. It could happen after all, she is the daughter of Stefano DiMera.

Days Of Our Lives' 10 Most Mismatched Couples

DOOL fans were devastated by the passing of the handsome and charming Dr. Daniel Jonas in early 2016. His love story with Nicole Walker had been incredible and Jonas was a staple character on the show. Alas, he met his demise after a drunk driving accident and his heart still beats in the chest of BFF Brady Black. It would be hard if he did return, but with ties in Salem he could easily blend back into the world of DOOL. If he did come back from the dead, the bigger question would definitely be … whose heart did Brady get after all?

What a letdown it was for DOOL fans when after years of waiting for Bo Brady to return, he came back only to die of brain tumors shortly afterward. His return did add a lot of closure for viewers and Hope, but seeing Bo back on the Salem scene only to be ripped away was devastating. Much like many on this list, it could be hard to have him return, but this is the land of soaps and a resurrection from the dead is always explainable!

Things simply have not been the same in Salem since super couple Sami Brady and E.J. DiMera left the show. Yes, technically E.J. is dead, he died in his wife’s arms right after they both expressed their undying love for each other. Most fans will remember that sister Kristen entered the morgue after and injected E.J. with something. Then the body was swapped and shipped at Stefano’s request to an undisclosed area. This creates an easy opening for an E.J. comeback and return. With Stefano out of the picture and Chad struggling to run DiMera enterprises – the need for E.J. returning compounds. Not to mention the fact that if Sami could also come back to Salem around the same time, the town would be rocked by this returning and entertaining duo.