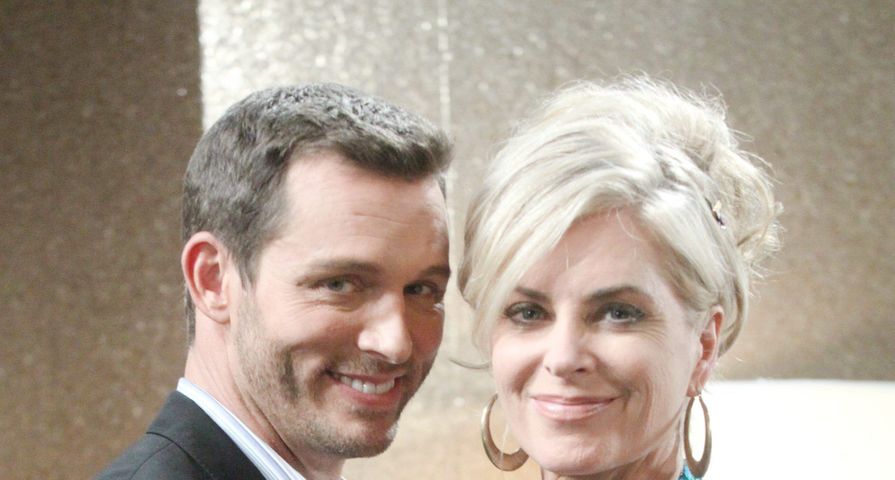 Salem has seen some incredible super couples over the years, from Steve and Kayla, Chabby, Bo and Hope, Nicole and Daniel, not to mention the iconic soap couple of Doug and Julie (who are real-life lovebirds). Still, there have been plenty of toxic couples that have hit the Days of Our Lives (DOOL) set, adding some chaos, intrigue, and drama along the way. Below is an overview of some of the most DOOL couples who were bad for each other.

When poor Abigail DiMera was suffering from mental health issues and took on the persona of “Gabby” (black wig and all), Stefan took his obsession with her to another level. He’d end up taking advantage of her in the bedroom, and there was even a time where she wasn’t sure if Charlotte was his, or Chad’s. Not only was this relationship toxic because DiMera (at the time) only truly wanted Abigail, and saw this as an “in,” but Abby herself had no real clue what was going on.

What happens when a mentally unstable man meets a conniving opportunist? A toxic relationship is launched! Gabi and Nick were both so desperate for love in 2012 that they hooked up. Too bad for Gabi that she was pregnant with Will’s baby at time, and this caused major issues for the couple; plus, Nick was still a bit shaken from his prison stint. Interestingly enough, in this instance, Fallon was far more of a schemer than Hernandez was. Maybe she learned a thing or two from him?

Speaking of Gabi, her recent relationship with Eli took the cake. Was she even in love with him at all? It seemed like all she wanted to do was get back at Lani for Stefan’s shooting, and have someone by her side. It is unbelievable that it took him so long to see her for what she really was.

There are many May-December romances that equal out true love, but when it came to Nicole and Victor, it was all about the money. She even dumped Eric Brady without batting an eyelash, and moved on to live the life of a queen; however, Nicole would quickly learn that a loveless marriage with Victor wasn’t all she thought it would be.

There were many factors that made Nicole and E.J.’s relationship, circa 2009, so toxic. First and foremost, he was still infatuated with Sami Brady, and Nicole was desperate to hold on tight to DiMera, so much so, she faked a pregnancy and stole a baby. Perhaps, she could sense he wasn’t that into her.

Walker has shown up on this list a few times, and much of that can be all thanks to her younger and more foolish years. There was a time when she was a gold-digger; however, she has evolved into a pretty decent person and has shared healthier relationships with Eric Brady, Daniel Jonas, and Brady Black. With that said, a low point was in 2016 when she fell for Deimos Kiriakis, not truly realizing the toxic individual he was. She almost jeopardized her relationship with her daughter Holly and friendship with Chloe, all because she believed his lies.

Much like Nicole, Chloe did some silly things in her younger years, and bouncing from bed to bed was a major theme. While they did make a pretty good couple, Chloe snagged Daniel while she was with Lucas Roberts, and she’d cheat on Jonas during their relationship too, with Philip Kiriakis. When Daniel broke up with her, she became a tad obsessed with her ex in the aftermath, so thankfully she’s in a better place (mentally), now.

Sami and E.J. could easily top any DOOL super couples list, but when these two were together in their early years, they were nothing but toxic for each other. While there was always a spark between them, their relationship didn’t start off that well. E.J. had forced Sami to be intimate with him in order to save Lucas’ life. Then there was that time that Sami tried to axe E.J. not once, but twice. Even their last marriage was simply out of revenge for his affair with Abigail Deveraux. Interestingly enough, most of their fights often turned into love scenes, enhancing this notion that they were quite the toxic together. With that said, with the chemistry also came love, and they’ve settled their ways significantly over time, which is why they land at the bottom of this list.

Speaking of Sami, even though she has turned out to be a heroine of sorts on the show, this was not the case when she was a teenager. She disliked her mother, tried to sell her baby sister Belle on the black market, and for years schemed to tear apart super couple Austin and Carrie (her sister). She was so infatuated with Austin that she drugged him and took advantage, all while he thought he was with Carrie. The two did get married in 1996, but that was because Austin thought he was the father of Will. They almost made it to the altar years later, until Sami’s lies were once again revealed to Austin. Thankfully, she got over him and moved on.

Scheming and manipulation, plus some obsession on Vivian’s part, were all major themes in this relationship. Toxic doesn’t even begin to dive into the union of Vivian Alamain and Victor Kiriakis. Despite the fact that Victor had little to no feelings for Viv, with some scheming tricks (and blackmail) she managed to become Mrs. Victor Kiriakis on two separate occasions: once in 1995 and again in 2010. Alas, Victor’s heart really belonged to Maggie Horton, and after Victor and Brady buried Vivian (alive) in a sarcophagus in 2010, things have never really been the same for this couple.

Kate Roberts seemingly has a thing for bad boys in Salem, being once linked with Victor Kiriakis, Clyde Weston, and Deimos Kiriakis. But there was once a time when Roberts fell for the ultimate evil, when she shacked up with Salem’s enemy number one, Stefano DiMera. The DiMera money helped her start up her own corporate empire once again, and having ‘DiMera’ as a last name enhanced her power and prestige in the little. Still, their relationship was simply built on shallow feelings and there was little love (if any) between this scheming and toxic couple.

Seems like the DiMera family is popping up all over this list of toxic couples! Kristen DiMera has always had an unhealthy obsession with John Black. So much so, that in late 2012 she figured the best way to get back at him was to show some interest in his son Brady. Hiring someone to attack her so that Brady could come to her rescue was the initial scheme that got her the attention she needed from him, and soon their toxic (on-again/off-again) relationship began. The foundation of their love was built on lies, schemes, and manipulation (solely on Kristen’s part). While they are at a much better place these days, as DiMera seems to have turned over a new leaf, this wasn’t always the case.