Home » Entertainment » TV » Days Of Our Lives: Plot Holes Fans May Have Missed 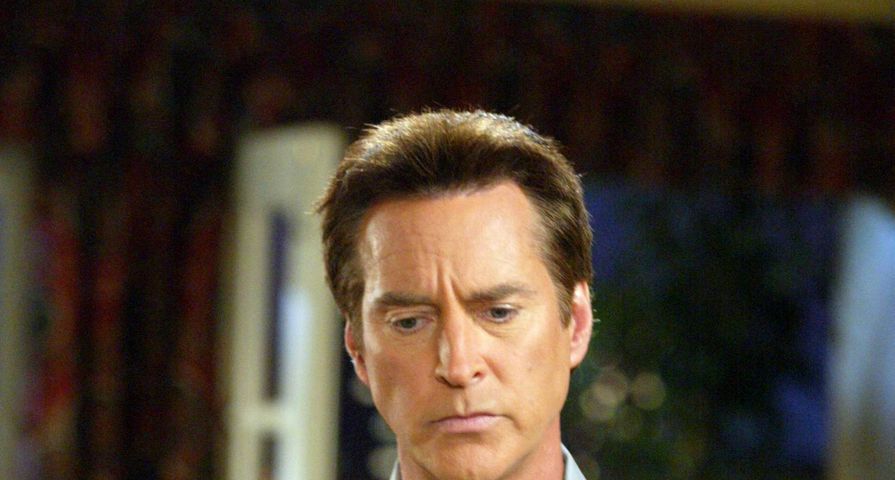 Plot holes are a way of life in soap operas. Sometimes it’s a child character who ends up being six years old one day, and a teenager the next (thanks to soap opera rapid age syndrome, better known as SORAS), or a character who comes back to life. Other times it’s an illegitimate child that pops up or their twin. Storylines swerve weekly despite the many plot holes within them. Days of Our Lives (DOOL) seems to be no exception when it comes to plot holes, as Salem storylines have been known to twist and turn into a confusing ball of mess. Below are some major DOOL plot holes that fans may have noticed over the years.

12. The Ever-Evolving World Of Technology

The DiMera Family really does love to control people, and they have a rich history when it comes to plot holes, technology, and getting Salemites to do the unthinkable! From Stefan’s bionic eye for Steve (which he used for corporate espionage via a computer) to the chip daddy Stefano placed in Hope via satellite to Gabi’s control over Julie’s heart through her mobile, there’s clearly an “app” or techy device for everything these days when it comes to scheming! But really, a phone app linked to someone’s heart? Who writes this stuff?

While women in the mid-50s have been known to bear children, it rarely does happen, and not without a ton of effort. In the land of soaps, age is all but a number, with Kristen DiMera expecting in 2019, and Marlena as well in 2005. Both women were in their mid-to-late 50s. It is certainly not impossible, but it does beg the question: what the heck is in Salem’s water?

There was a point in time where it seemed that Dr. Rolfe’s serum pretty much was able to save anyone (and everyone) who had passed away in Salem. It saved Jack, Vivian, E.J., Will Horton, and the list goes on. While it seems rather ridiculous that a serum could bring anyone back to life, why is it that it couldn’t save Stefan in 2019?

Anyone who works at a hospital or fertility clinic knows all too well that these facilities protect the privacy of their clients when it comes to the reproductive services they offer. Which makes it beyond puzzling that Chloe Lane was able to walk into a center in late 2016, and try a vitriol process for Daniel and Nicole after the first one failed. Her heart was in right place, but what kind of doctor would place their stamp of approval on something this huge behind the parents’ back? Especially in the light that Jonas had passed on? Wasn’t a signature (at the very least) needed?

DOOL viewers love the new and reformed Ben. He’s sweet, loyal, and understanding. He also happens to be one half of the biggest super couple on the show right now, with Ciara Brady. So, it’s hard to believe that just some years ago, he was Salem’s Necktie Killer, responsible for the demise of many people – not to mention all he did to torture poor Abigail Deveraux. It literally felt like within a few months Ben was fine where he attributed his breakthrough to what had gone down with Will (being alive). If it could always be that easy!

Which brings us to our next DOOL plot holes story. The November 2019 time jump arc brought viewers of the show plenty of questions, one being why Ben and Will were in jail, which was eventually answered. An even bigger question should have been why anyone would place a victim with their former assailant in the same jail cell? Sure, Ben did apologize to Will for what he did, and the whole Necktie Serial Killer thing was all water under the bridge, but under the eyes of the law, it just doesn’t seem right. Surely, there are other cellmates that could have been paired up with each man, right?

In early 2019, Kristen DiMera paraded around as Nicole Walker, and later in the year, DOOL fans came to learn that Stefano altered his face to look like Steve Johnson! How both DiMeras could pull this off without anyone truly questioning it is beyond comprehension. The two ladies don’t have the same figure (or voices … or height) for that matter, and the same could be said for the men! With all that has gone down in Salem, you think residents would question someone’s odd behavior, but most times, everyone just shrugs, blames it on stress, and moves on!

5. E.J. DiMera Is Older Than Will Horton

Despite the fact that Sami Brady and E.J. DiMera did have a love/hate relationship at one point in the time, the concept of them falling in love, getting married and building a life together does not seem that crazy. Sami did have Will when she started her love affair with E.J., but here’s where it becomes a little tricky. Sure, E.J. aged significantly in 2006 when the character was re-introduced to DOOL audiences, but in reality, Sami is quite older than E.J. (which would be fine for a relationship). The awkward part is that E.J. was born in 1997 and Sami had Will in 1995. This would make Will, who is a stepson, older than E.J who is a stepdad. DOOL did not reflect this appropriately when it came to storylines.

It’s pretty cool to see the younger generation of DOOL characters together bonding like their moms and dads did at their age. However, thanks to SORAS, there are tons of plot holes with this little group of chums. First off, Theo Carver was born in 2003, yet is still considered the same age as Ciara, who was born in 2008. Probably the most confusing is Claire, who was born in 2005, but seems to be the youngest in the group. Wasn’t it Zack Brady, Ciara’s much older brother and Claire’s ‘uncle’ who were able to provide Claire with the liver she needed back in 2006? Ciara wasn’t even a thought in Bo and Hope’s mind at that point. SORAS aside, Zack’s liver was a match for Claire at that point in time, making him and Claire relatively the same age. Ciara didn’t come along until much later (about two years), so how could Claire and Ciara be attending prom together? Plot holes, that’s how!

3. Sami Gives Birth, Then Takes Off

Pregnancies, birth stories, and everything that happens in between, are hugely exaggerated on television in general. While every women’s experience is different, in general, the idea of a woman giving birth and then being able to take off without some recovery is ridiculous. This was the case in January 2009 when Sami gave birth to Sydney. After Sami gave birth to Sydney, and the baby was checked to ensure her breathing was okay (which was when the baby swap occurred), Sami packed up her things and headed back to Salem, leaving the baby with the nuns for her own protection. So, it was odd, to say the least, that Sami had the strength to get up and just go after just giving birth. Emotionally, the idea of any sane mother leaving her newborn behind anywhere, especially so quickly, seems completely far-fetched as well. Did she ensure the nuns had formula, diapers, wipes, and gripe water? Hopefully the older ladies took shifts when it came to midnight feedings.

2. Kayla Shacks Up With Shane

This plot hole is from the early 1990s. DOOL fans are quite familiar with ‘80s super couples Kayla and Steve, as well as Shane and Kimberly. Back then it seems the Brady siblings dominated Salem screen time when it came to love and romance. Sadly, these relationships ended when Kimberly left Salem and Steve passed away. The weird part of the pairing between Kayla and Shane was that the couple lacked real chemistry. The relationship was really awkward, and it revealed a manipulative side of Kayla which was way out of her girl-next-door character. It was also out of character for Kayla to even consider going after her sister’s ex. The storyline just never seemed right, and was short-lived when in 1992 Kayla moved to LA, and Shane headed back to England.

Soap opera plot holes are the foundation of the John Black character and all storylines around him. Does anyone really even know who this man is, and what he is all about? For the longest time, fans thought he was Roman Brady. Then it turned out he was part of the wealthy Alamain family. It was once revealed that he was the love child of Santino DiMera and Colleen Brady, thus the reason behind the age-long rivalry behind the Bradys and DiMeras. However, that storyline also eventually fell through. He’s been a priest, a mercenary, police officer, art thief, a DiMera pawn, a super spy, a business executive, and so much more. Still, when push comes to shove, his past always comes back to haunt him and there are still so many missing pieces to the John Black puzzle. The plot holes when it comes to this character are countless. It’s surprising that with all he’s done and all the places he’s been to (not to mention huge chunks of memory loss from his past) that he’s only seen one illegitimate child step forward. There are most likely more to come.