Home » Entertainment » TV » Days Of Our Lives: Crazy And Shocking Spoilers For Spring/Summer 2018

Days Of Our Lives: Crazy And Shocking Spoilers For Spring/Summer 2018 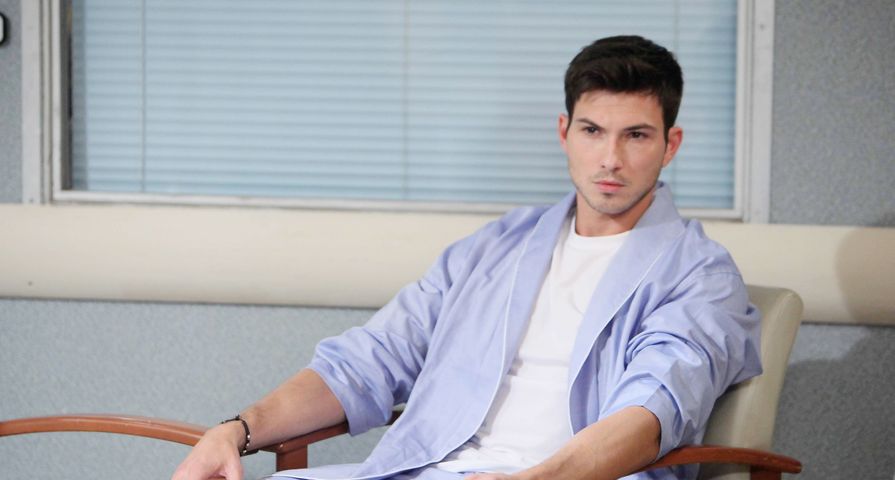 Days of Our Lives (DOOL) has been on fire as of late with compelling stories unfolding around love, adventure, affairs, and corporate takeovers. From the return of Will Horton to the introduction of new character Stefan DiMera, DOOL fans are glued to their television sets come the daytime to see what will happen next in the land of Salem. What’s on the horizon in the near future for Days and their fans? Below are 12 DOOL crazy and shocking spoilers for spring and summer 2018.

Marci Miller, the actress who plays Abigail DiMera on the show, was recently booked for a part in the upcoming pilot, Gods of Medicine. As per IMDB, she’ll be playing Kendall Bryant, and the series is about incredible doctors worldwide that are called to handle the hardest of surgeries across the globe. With this new gig, could this mean that DOOL fans might not see Abigail for a while? Could the character suffer a recast? Perhaps Abi might be gone for good? There aren’t details on Miller’s schedule or this new role, so only time will tell.

Many fans know Greg Rikaart from his incredible Kevin Fisher role on Young and the Restless. DOOL fans were recently introduced to Rikaart’s new Days character on March 27th, and TV Line has reported that Leo will be involved in a multi-episode plot. Spring 2018 spoilers indicate that Leo will enter the picture and become a new love interest for Sonny Kiriakis, who is in desperate need of some romance in his life, thanks to Will rejecting him. However, there is a twist: Leo seems to have some sort of alliance with Vivian Alamain.

10. Ciara Reuniting With An Old Love?

Actor Scott Shilstone is returning to DOOL to reprise his 2017 Wyatt role, the young gentleman who was courting Ciara Brady. Does this mean a Ciara/Wyatt reunion? The actor is only booked for a few episodes, but all that could change. Interestingly enough, Shilstone also played a Zack Brady (in ghost-form) in 2016.

9. Trouble For Abe And Valerie

Now that that truth has come out about Eli and Lani’s affair, plus her baby’s true paternity, DOOL fans should expect things to get a little sticky between pending grandparents Valerie and Abe. They’ll clash about their kids, the affair, and what’s best for their unborn grandchild.

While Abigail will soon take the stand during Gabi Hernandez’s murder trial, it’ll be her alter-ego ‘Gabby’ who is doing all the talking. During that testimony, ‘Gabby’ will also reveal a bombshell to the court. Afterward, both Gabi and Gabby will face off. It’s a confrontation most won’t want to miss, and it’ll be happening in early April.

7. Eli and Lani Get Closer

After J.J. Deveraux recently dumped Lani like a bad habit, it was inevitable that these two would bond. Come later on in the spring and summer, the pregnancy and impending baby will bring Eli and Lani closer, with Eli desperate to be a good father and part of his child’s life.

Yes, you read right, and it happens in April! While he is desperate to keep ‘Gabby’ around for as long as he can, Stefan ends up cracking under pressure, thanks to Chad. According to Celebrity Laundry, Stefan will reveal the identity of the mystery woman to Chad and sparks will fly! How much he reveals is unknown, but Chad will learn who that mystery woman is in the near future.

As in the real Dr. Laura Horton! Actress Jaime Lyn Bauer hit Facebook recently to let DOOL fans know that her Days character would soon be back in the land of Salem. Look for Laura’s return at the end of May. Bauer was last seen on the soap in the fall of 2016.

Days Café is reporting in their that somewhere down the line baby Holly Jonas and Nicole Walker will return to Salem for a visit. Considering how they left, one must wonder how this will rock Brady Black’s world, as well as Jennifer Horton and Eric Brady’s romance. Whether it is a long or short visit is unknown.

Here’s hoping! Mark your calendars, DOOL fans! Teresa Donovan is set to return to Salem sometime in May of this year. While she left in 2016 to keep Brady and Tate safe, they were under the idea that she jumped the domestic-living ship for a life of partying and drugs. Brady and Teresa have a long road ahead of them when it comes to reuniting; however, the fact that she is back on DOOL come springtime is a good step in the right direction.

The land of social media is an interesting one, where posts can help offer a tremendous amount of insight when it comes to spoilers. Robert Scott Wilson (Days’ Ben Weston) posted a story on Instagram in early January of this year, profiling his 2017 ‘best nine’ photos and a few of them were DOOL related. His comment (along with some emojis) read, “Ayyy IG, I get it. Grateful for all the love last year, but beyond excited for what’s to next in 2018 thoughhhh … LET’S GO”. The comment and post, as well as the fact that Wilson was on the DOOL set days earlier (no pun intended), created a wildfire of speculation as to whether or not we’d see Ben Weston back in Salem come spring or summer of this year. Only time will tell!

Speaking of Ben, his return in late 2017 played a key role in the return of both Sami Brady and later, Will Horton. Sami left town and Will stayed, but the good news is that momma bear to Horton will soon be (once again) returning to Salem! No news yet on the storyline that is bringing her back, but many DOOL fans seem to think she could be pregnant, especially since she had a one-night stand with Rafe right before she hopped out of Days. Expect to see Sami back in the DOOL mix of things at the end of summer, late August/early September.