Days Of Our Lives: Behind The Scenes Secrets 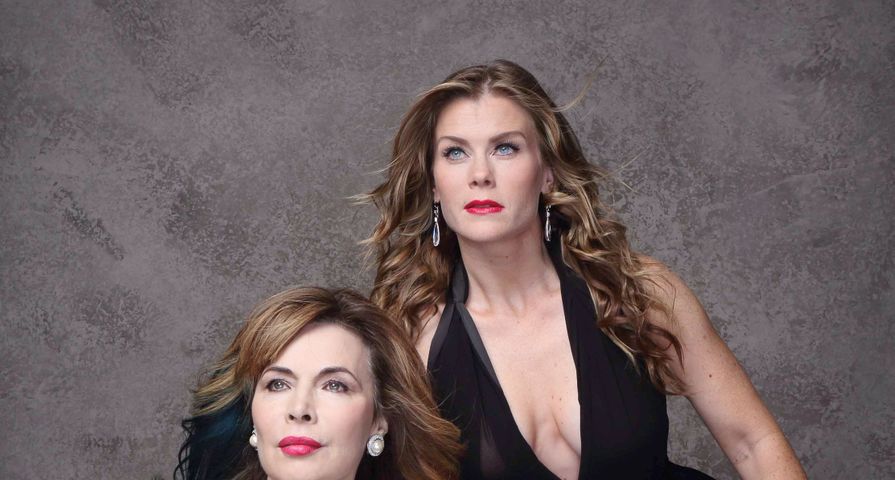 For well over 50 years now, Days of Our Lives (DOOL) has been wowing its fans with romance, adventure, mystery, and drama. DOOL audiences have fallen in love with the characters that make up the Horton, Brady, Kiriakis, and DiMera families, and have felt invested in their trials, tribulations, and celebrations over the years. While DOOL storylines have been incredible, some of the things that happen on set behind the scenes are pretty awesome too! Below is a list of 12 behind-the-scenes secrets from this popular soap.

12. Steve Was Originally At Set With A “Recurring” Status

One of the most popular DOOL characters to ever grace Salem is Steve Johnson, and while he was once a staple of the show that wasn’t always the case. According to a November 2015 Glamour article, “Patch” was originally thought to be a recurring character, one that was set to be a trouble maker and thug. Fast forward three to four weeks after Steve debuted in Salem and DOOL producers offered actor Stephen Nichols a bona fide contract.

You can’t work on a daytime drama without expecting a hectic schedule. DOOL is on the air (for the most part) five days weekly, with only the weekends to spare. During an ET interview in 2015, Robert Scott Wilson, the actor who played Ben Rogers, relayed the intense work schedule with the show. The actor stated, “Most shows that you watch in prime time that are one-hour episodes, it takes them seven to 10 days to shoot one episode. We shoot seven and a half episodes in one week.” The actors and actresses get no cue cards or teleprompters and must learn their lines in one night to prepare for twenty scenes the next day.

10. Scenes Can Be Scary Sometimes!

In that same ET interview, Jen Lilley, the actress who once played Teresa Donovan, explained that because the work schedule is so intense, actors and actresses are expected to nail scenes in the first shoot. She also told a story of how scared she was during a 2014 scene when Teresa was to hit John Black with a fireplace poker. Sure, the poker was rubber and actor Drake Hogestyn had a stunt double, but the poor actress was scared she’d do damage as she had to hit him right on the head … and she felt a reverberation in her hand as she did so! Thanks to all the precautions that were set, no one was harmed during the filming of that episode.

As stated above, due to the daily airing of the show, the amount of script and lines that the DOOL cast has to memorize can be a challenging thing. Actress Kristian Alfonso (Hope Williams) revealed during a Daily Blast LIVE interview in late 2018 that while she didn’t do this years ago, she now has hired someone to come to her house and run lines with her to help her stay on top of her script-memorization for the show.

The question around favorite storylines always seems to pop up when DOOL actors and actresses are being interviewed. A recent EXTRA interview conducted in early 2019 with actress Kate Mansi (ex-Abigail DiMera) and actor Billy Flynn (ex-Chad DiMera) revealed the storyline highlights for these two over the years. Mansi relayed her mental difference storylines years ago as a favorite, while Flynn listed his storylines and scenes with the late and great Joseph Mascolo (Stefano DiMera) as something he favors when thinking about his time with DOOL.

7. The First Time Patch And Kayla Made Love

DOOL fans were wowed back in the late ‘80s watching super couple Patch and Kayla fall in love. The first time the duo was intimate was an episode to remember and was filled with romance and steamy scenes. Interesting enough, Mary Beth Evans, the actress who plays Kayla, was pregnant at the time this scene was filmed. DOOL producers brought in a body double to fill in for some of the shots that were needed.

During a 2009 interview with Eclipse Magazine, DOOL cast members Eric Martsolf (Brady Black) and Lindsay Hartley (ex-Arianna Hernandez) revealed that James Scott (ex-E.J. DiMera) had the messiest dressing room of the bunch (at that time). Scott admitted to this later on in the article, but he did have a good excuse. Turns out he got Brandon Beamer’s (who played Shawn-Douglas Brady) old room, and Brandon had never moved his stuff out … so the items just lay there in a corner. Scott also admitted that keeping things organized has never been his strong suit. Good thing for Scott that acting sure is!

Who could forget the infamous portrait of frenemies Kate Robert and Sami Brady that made its way into Salem in 2014? It’s so iconic, it even has its own name: Kami. Turns out, the idea for the portrait (and how it was laid out) came from both actresses that play these strong women on DOOL, Alison Sweeney and Lauren Koslow. The show no longer has a huge budget, so the Vanity Fair-like portrait being made was something big for producers, the actresses, and fans alike. Alison Sweeney actually posted a behind-the-scenes video for the shoot to allow fans a little bit of a sneak peek into all the action!

5 Days Of Lives Spoilers For The Week (August 14)

Marci Miller had some huge shoes to in 2016 when she was recast into the popular Abigail Deveraux role. While some fans (at that point in time) were disappointed that Kate Mansi had left the show, there was one avid DOOL fan that was ecstatic. Miller’s mom had been a long-time fan of the show and Miller even remembers watching DOOL episodes with her mom in her younger years. Her mom is such a fan, she named Miller’s sister after DOOL character Kayla Brady.

3. Where Did “Sweetness” Come From?

Nothing hits DOOL fans more in the feels than when Steve refers to Kayla as his “Sweetness.” But where did this term of endearment come from? Turns out that Nichols would call his daughter this, and believed that it would be a great nickname for his onscreen love. Of course, he asked his offspring if he could use it on DOOL, and she said “yes!” The rest is history!

One would expect there may be a kissing scene during a soap opera audition, but it seems Bryan Dattilo (ex-Lucas Roberts) went a little overboard when he had his with Days. His audition partner was none other than Christie Clark (Carrie Brady), and while the two had taken an acting class together, they did not know each other quite as well as they did after their stage audition. In a November 2015 interview, Clark started using a little tongue in the audition kiss and Dattilo just went for it to the point where producers had to tell the two to break it up. Just a little practice session for what was to come between Lucas and Carrie in the future!

The cast seems like one big happy family, and a family that plays together stays together. Or is it a family that sings together stays together? During a DOOL 50th anniversary party for current and former cast and crew of the soap, many of our favorite actors took the stage to entertain their colleagues. Eric Martsolf sang “Every Breath She Takes” along with Casey Moss (J.J. Deveraux). Stephen Nichols played “Wild Thing” on the harmonica (so Steve-ish of him). Wally Kurth (Justin Kiriakis) sang “Superstition” and many of our favorite DOOL actors/actresses (including Alison Sweeney, Arianne Zucker, Patrick Muldoon, and more) hopped on stage with the others listed above to perform “Twist and Shout.” From the video footage, it is clear that this cast knows how to party like rock stars!