Days Of Our Lives Stars Who Were Unfairly Fired 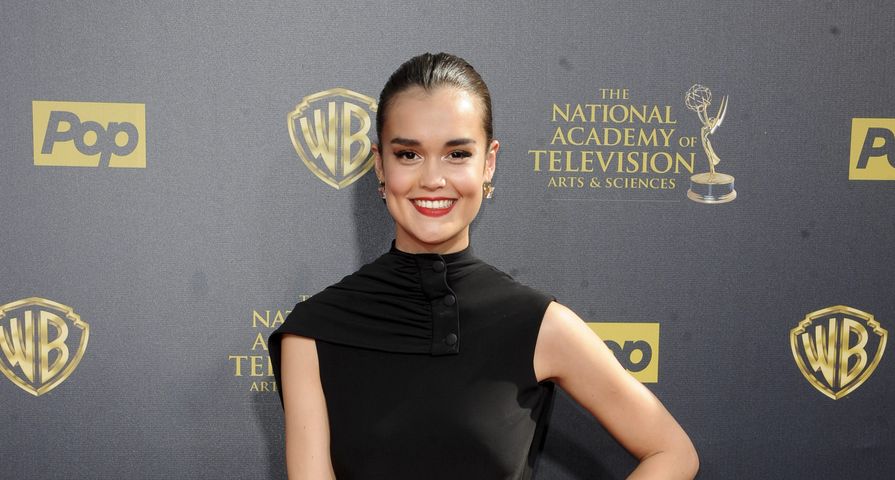 Soap opera actors and actresses come and go. Some move onto other projects when primetime and film opportunities come knocking on their door, while others are dismissed, move onto other daytime dramas or simply fade into oblivion. Salem is no exception when it comes to the ever-revolving door of soap actors and actresses. While some leave due to failed contract negotiations or their own accord, others have been fired over the years due to no fault of their own. Below are fifteen examples of Days of Our Lives (DOOL) stars who were unfairly fired.

Jonathon played Chase Jennings, son of villain Aiden, when the character went through soap opera rapid aging syndrome (SORAS) in 2014 to transform into a teenager. While he was thrown into a shocking rape storyline with Ciara, and then sent to prison, McClendon was written off when his character was transferred to an Oregon jail. The young actor would be fired from Days in 2016, and then go off on a Twitter tirade in early 2017, ripping into the daytime drama via a series of posts.

Longtime fan favorite Shawn-Douglas Brady was the victim of an unfair firing when Ryan Quan and Dena Higley began leading the writing team on DOOL in early 2016. While they had just returned to the land of Salem, super couple Shawn and Belle were cut from the show, with actor Brandon Beemer and his sidekick Martha Madison leaving Days due to a new writing direction for the soap.

The apple doesn’t fall far from the tree? It was recently revealed via Soaps.com that actress Olivia Rose Keegan, who plays Claire Brady, has been let go. Keegan has been in the role, playing Belle and Shawn’s daughter, for about four years now. The reason for the dismal has yet to be revealed.

The legendary actress who has played Marlena Evans for decades now also fell victim to an unfair firing way back in 2009. Unfortunately, when Days renewed its contract at that point in time, there was a reduction in their licensing fee, which meant budget cuts. The first wave reaction of this limited funding meant a higher-level star needed to go.

Another fatality of that 2009 budget cut was also the need to let actor Drake Hogestyn go, Marlena/Deidre’s better half. This wasn’t the first time the soap had fired him, as he once also got the ax in 2007. There was a silver lining to Jarlena leaving town — at least they weren’t split up. The even better news was the super couple eventually re-emerged in Salem come 2011, and they returned together!

Veteran soap opera actress Sarah Brown has been all over the daytime drama world, appearing on shows like General Hospital, As the World Turns, Bold and the Beautiful, as well as Days of Our Lives. Unfortunately, Sarah, who played Madison James at the time, was fired by DOOL in 2012 due to a redirection within the soap opera’s writing team.

While Sarah Brown had a short stint with the soap, Christie Clark is another story. Playing the role of Carrie Brady since she was a small child, Clark was brought back in 2011 to reprise the part, only to be let go again in 2012, with Brown, and other legendary characters.

Of course, when Carrie Brady is around in the land of Salem, Austin Reed isn’t too far behind. When Carrie returned in 2011, the original Austin, played by Muldoon, made a comeback as well. Sadly, when Christie was fired and Carrie was written out of storylines, Reed suffered the exact same fate.

Having said that, the biggest fan outcry during the firings of 2012 had to have been when Days wrote out Jack Deveraux after they cut actor Matthew Ashford from the show. The DOOL audience was heartbroken when Jack was killed off, and while he did return as a ghost now and again, it just wasn’t the same. Good news is Days saw their mistake and rectified it, with Jack making a huge and splashing return in 2019.

It’s great to have Jack back in Salem, but it would be even better to have his brother Steve join him as well. Having said that, the actor exited in the fall of 2018 after some contract negotiations. Despite Nichols agreeing to the show’s terms, Stephen was later notified that he had been written off. What is even more awkward is that Kayla is still in town, but without her better half.

Martha Madison played Belle Black on Days. She was fired in spring 2016 (along with a slew of other DOOL stars) to make way for a new set of fresh-faced characters. While Madison was undoubtedly a DOOL fan favorite, the interesting thing about her firing was that she had recently been brought back to the show and her love triangle with Phillip and Shawn had been getting interesting.

Marie Wilson debuted a brand new DOOL character, Summer, who was wrapped in mystery with an incredible storyline. Wilson did a phenomenal job playing Summer and connected well not only with fellow DOOL castmates but with Days‘ audiences too. She wasn’t the only one let go — so were Martha Madison, Brandon Beemer and Sal Stowers.

Resurrecting a role that was previously played by another actor is never an easy job for a soap opera actress, but this is just what Kassie DePaiva did in 2014 when she stepped into the shoes of Eve Donovan. Charlotte Ross made the role famous back in the late ‘80s, early ‘90s. It was quite a feat for Kassie to re-create the chemistry (and history) Eve had with many of the existing Days’ characters when she entered Salem. Quite simply, Kassie nailed the role making it that much more shocking when she was let go in late 2015. DePaiva commented on the firing, stating, “It saddens me to have been let go from the show just as Eve was finally finding her footing…but that is the way the Soap business goes.” In 2017, she returned to Days and reprised her role as Eve.

Maybe it seemed logical that Eve exited DOOL, since her daughter was given the boot only months earlier. The Salem Necktie Killer did a lot of damage in late 2015, killing off beloved Days’ characters left, right and center. However, the most damaging one had to have been Paige Larson, played by True O’Brien. Not only was True incredibly talented, winning the 2016 Daytime Emmy for Outstanding Younger Actress in a Drama, she was also embroiled in a pretty intense storyline between her mother and J.J. Deveraux. While there needed to be characters that were sacrificed through the serial killer storyline, it still seems quite weird that Paige was picked and True was fired.

Now this one is a bit of a controversial one. As a three-time Daytime Emmy winner and huge fan favorite, Chandler Massey was on top of the world. In early 2013, it was said that Massey was not interested in renewing his Days’ contract and he was looking to go back to school. However, Massey ended up revealing this tidbit during a press room interview after winning his second Daytime Emmy in June 2013, and this did not please the DOOL higher-ups. While he was supposed to finish off his contract, which ran until December of that year, DOOL producers abruptly let him go early in August and he was asked to leave immediately following the taping of his last scene. No goodbye party, no gifts, no well-wishes from fellow castmates — Chandler simply left the set and never turned back.