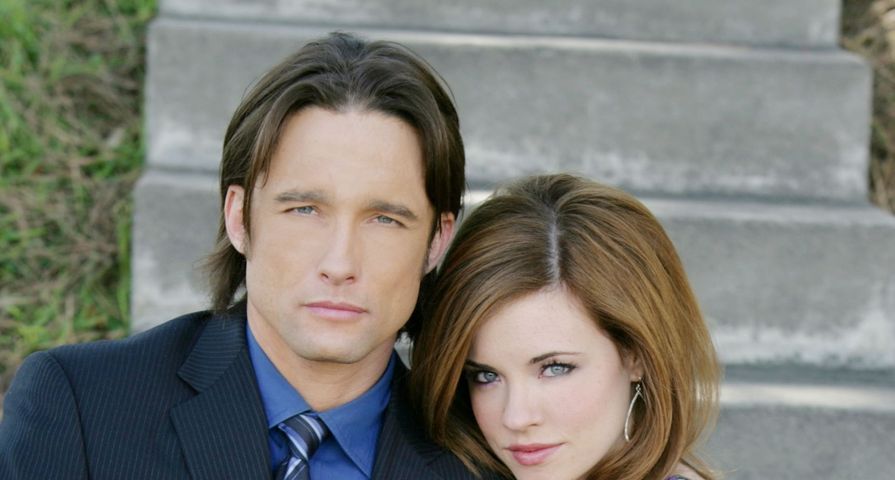 So many incredible couples have fallen in love, only to part (for one reason or another) over the past 50 years that Days of Our Lives (DOOL) has been airing on television. Every soap opera fan has their favorite super couple on their favorite show, and if said duo has broken up, there tends to be a yearning from audiences to see a romantic reunion. Below are just some DOOL couples viewers would like to see back together.

Roman Brady has been a single man for far too long, and it is well overdue to ship him up with someone in Salem! While he’s technically Kate’s boss right now, the idea of these two reuniting would be a good thing. It may help keep Kate away from Stefano and all his scheming, plus it would add a boost in the romance department for Roman!

Abe and Sheila had a cute little fling going on in 2019 while Carver was looking to be re-elected as Salem’s mayor. Sadly, Sheila left town; however, the good news is that according to DOOL spring spoilers, she’ll be returning to the show sometime in March 2020. Seems like romance may spring back into Abe’s life, and very soon.

The way Gabi has been acting as of late, she’d be better of single. With that said, perhaps reuniting with J.J. may be what she needs to turn her life around, and away from getting back at those who have wronged her. The two made a good couple back in the day, and getting back together just might be exactly what both characters need at this point in time.

A reunion in 2020 is inevitable for these two at this point. After all, the only reason why Lani called off her wedding to Eli was because Gabi forced her to do so. It’s only a matter of time before Eli learns the truth about what Hernandez did, and when he does, he’ll break up with her instantly and head straight back to Lani. It will be a moment many Elani fans have been waiting for (for a long time now).

They’ve done a pretty good job co-parenting and dealing with little Mickey’s cancer, but with Sarah smitten by Xander as of late, a reunion may not be in the cards. Eric is overly bitter (and has every right to be) that Sarah tried to keep his child from him, and Horton is being duped by Xander right now and seems uninterested in a romantic relationship with Eric. Here’s hoping that these two finally come together to become the family they were meant to be with their little one.

Then, there’s a slew of DOOL fans that don’t want to see Eric with Sarah; rather, they believe he’d make a better pairing with Nicole. With that said, Eric may be a single man for a little while at this point. While he’d be a good fit with either lady, Nicole helped Sarah hide the fact that Baby Mickey was his daughter. He has every right to be upset at both women, but could he ever find it in his heart to forgive Walker? After all, he spend so much time pinning after Nicole, seems only fitting that he should reunite with her when all is said and done.

8 Stars You Forgot Were On Days Of Our Lives

Brady and Nicole have been “pretending” to have reconnected recently, all in hopes that Kirsten will back off of Black. But, how long before all this “pretending” becomes reality? While Nicole and Eric make an excellent couple, she and Brady had tons of chemistry between them at once, too. It wouldn’t shock any Days’ fans if these two came back together this year.

8 Days Of Our Lives Villains Ranked From Worst To Best

Theresa returned to Salem back in 2018, and DOOL fans got awfully excited about the potential for a reunion with her and Brady. Sadly, the exact opposite happened, and she was able to snag their son Tate during a custody battle, to boot. As quickly as she came into town, she flew out of Salem, with Brady’s son in tow. So many viewers were disappointed with the turn in the storyline, so here’s hoping that Theresa makes a comeback soon to not only reunite with Brady, but bring this family back together!

Fantasy reunion time! Currently, both Philip and Melanie reside outside of Salem; however, some alterations within storylines could have them back in town within a blink of an eye! Both characters are quite beloved by fans, and there’s nothing viewers would love to see more them both of them back on Days, and romantically involved.

The current time-jump storyline has been an intriguing one. So weird how much can change in the span of 12 months! One of the harshest realities for many fans has been watching WilSon struggle, breaking up, divorcing, and seeing Will behind bars. Days viewers have recently learned that Will was not behind Adrienne’s death, so here’s hoping the truth comes out soon so that these two can reunite (and so Will gets his freedom back!)

There was nothing sadder in 2018 then Steve Johnson leaving the DOOL canvas without a proper goodbye. While the return of actor Stephen Nichols to the show in 2019 was explosive, it was a little disappointing to learn he wasn’t reprising his “Patch” role; rather, he was Stefano DiMera in Steve’s body! Here’s hoping that Johnson can resurface at some point this year, as a reunion with Kayla would have DOOL fans swooning in their living rooms!

Lovely DOOL heroine Sami Brady has had many great loves of her life. The fathers of her children, both Lucas Horton and E.J. DiMera, tend to first pop into a fan’s mind. With that said, one of the greatest love affairs to grace Salem had to have been the one between Rafe and Sami. He was originally her bodyguard while she was under the witness protection plan, but they both grew to have feelings for each other while she was stashed away from Salem. When Sami was finally released from the program, the two were able to sustain a healthy relationship, enduring affairs and E.J.’s constant meddling, as well as the everyday struggles of raising her kids (with Rafe acting as a father figure to Sami’s children). Alas, it seemed that the ultimate demise of their relationship centered around family. The conflict stemmed between Will (Sami’s son), and Gabi (Rafe’s younger sister), and all the drama that ensued around Baby Arianna’s paternity back in the day. While Sami is currently out of town and focused on E.J.’s recovery, there’s always a chance she could find herself back in Salem

at some point in time. With Rafe currently single, could a reunion between these two be on the horizon?