Home » Trending News » We Weigh In: Does Days Of Our Lives Stand A Chance On Peacock?

We Weigh In: Does Days Of Our Lives Stand A Chance On Peacock? 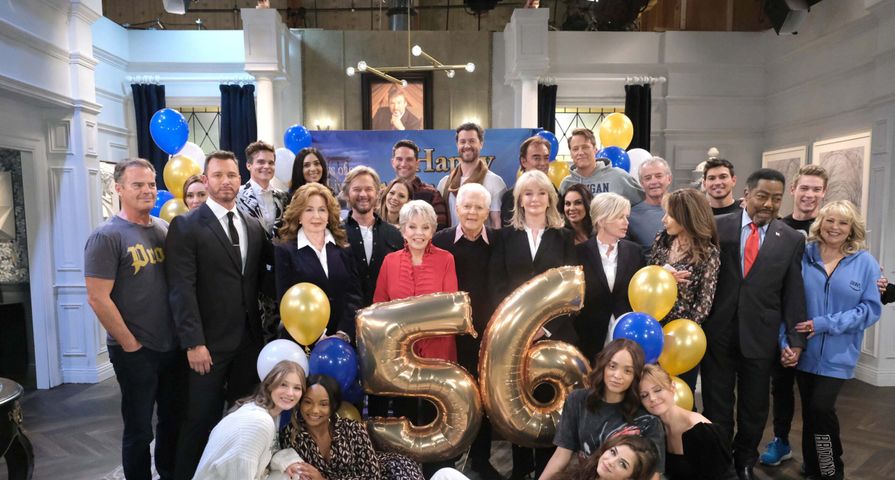 Well, the news that Days Of Our Lives (DOOL) fans have been dreading has finally come to pass. No, the NBC soap isn’t canceled… but for many viewers, it may as well be. That’s because on September 12th, anyone who wants to watch DOOL will need to pay for a Peacock subscription first.

Looking at NBC’s options, as well as a damaging new report on Peacock’s profits (or lack thereof), we have to ask: does DOOL actually stand a chance on a streaming service?

From a business standpoint, this decision was inevitable. The soap’s renewal negotiations have been tense – and invited so much media speculation – because DOOL was struggling to bring the right demographics to its advertising time-slot. With the move to Peacock, that time-slot issue will be moot.

Want DOOL spoilers? Check out Days Of Our Lives Spoilers For The Week (August 8, 2022)

But battle-hardened viewers have a right to feel uneasy about this news. They have braced for DOOL to be canceled twice in recent years, as NBC, Sony Pictures Television and Corday Productions struggled to agree on the show’s value. At one point, things became so dire that the entire cast was released from their contracts.

Fans are also aware that a major sticking point in negotiations was DOOL’s low viewership; particularly, the soap’s struggle to net female viewers between 18 – 49 years of age.

Since DOOL audiences know precisely why the network dragged their feet when it came to renewing the soap, they can see that nothing about Peacock’s acquisition aims to change the soap’s fortunes.

Want DOOL plotline predictions? Check out Days Of Our Lives Plotline Predictions For The Next Two Weeks (August 1 – 12, 2022)

In a statement, Mark Lazarus stated that the move “enables us to build the show’s loyal fanbase on streaming” and claimed that “a large percentage” of the DOOL audience is “already watching digitally”.

Peacock isn’t a free streaming service, so how will a paywall help “build the show’s loyal fanbase”? Will those who watch the soap digitally through their cable package find the Peacock subscription worthwhile? And if not, will that number of viewers (plus those who don’t live in a region where Peacock is available – sorry, Canada) affect the “large percentage” Lazarus is talking about?

Perhaps these are inconvenient questions. But it seems like nobody at NBC, Sony Pictures Television or Corday Productions wants to acknowledge the elephant in the room: that DOOL’s audience is not so keen to stream!

Despite the confident tone of their statement, NBC is facing some hard truths in moving their only daytime drama to Peacock. By removing the soap from its coveted time-slot, NBC appears to be accepting that DOOL‘s ratings will not improve.

The writing was on the wall back in January 2022, almost one year into their two-year renewal. Not even the return of the Devil narrative, which boosted the soap’s ratings back in 1994, could keep DOOL out of a slump.

But there was another hard truth not mentioned during NBC’s briefing. Just one week ago, Peacock made headlines for its enormous losses. According to The Hollywood Reporter, the streaming platform’s paid subscriber base was stalled at 13 million users while its losses exceeded $467 million dollars. And this is DOOL‘s exciting new home?

Nobody can really blame NBC for replacing DOOL with a daily news program, if that’s what viewers want. But it’s another thing entirely for the network to expect an older demographic, with no exposure to streaming, will show up in droves to mitigate Peacock’s losses.

Could severing the soap opera from its long-time network be NBC’s way of softening the blow? At the very least, DOOL losing its home turf will lessen the shock of cancelation, should the soap fail to attract enough of its audience on the streaming site.

Let’s also not forget, DOOL isn’t just a show; it’s a cultural landmark. NBC might not wish to take responsibility for abandoning a program with almost sixty years of history attached to it. Shuffling it off to Peacock, however — a platform which has no extensive ties to the soap, its creators or its audience — might save NBC some face.

Despite all of the doomsaying, it’s very possible that DOOL will thrive in its new, digital world. Actor Steve Burton, who just starred in Beyond Salem Chapter 2, recently stated that Peacock and NBC were “happy” with the spin-off’s success on the platform. Plus, the ability to access every episode in one place is an exciting prospect for fans.

But tellingly, NBC has neglected to share how this success might come about. Will an aging demographic collectively jump into streaming? Is Peacock stable enough to compete with the likes of HBO Max, Apple and Netflix?

Does DOOL really stand a chance on Peacock?