Home » Trending News » We Weigh In: What Is Beyond Salem Already Telling Us About DOOL’s Future?

We Weigh In: What Is Beyond Salem Already Telling Us About DOOL’s Future? 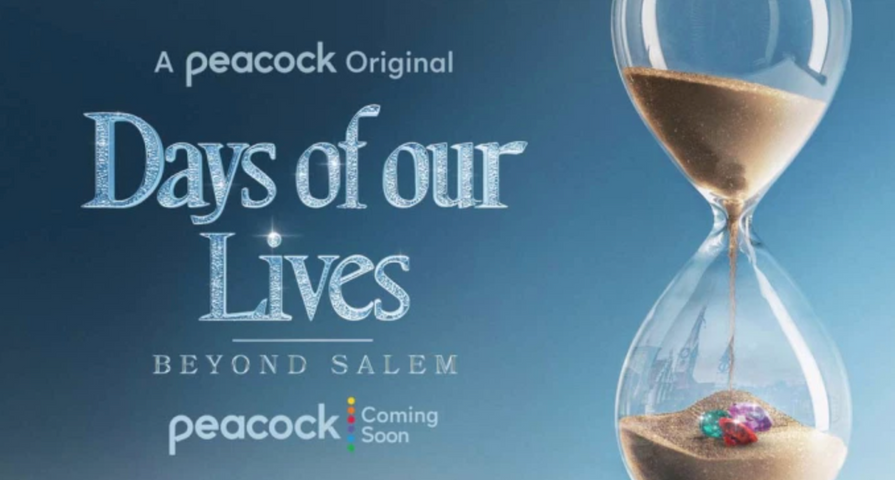 NBC just announced the Days Of Our Lives (DOOL) spin-off Days Of Our Lives: Beyond Salem, and we don’t even know when its premiere will be. However, based on the details and plot summary provided, this five-part miniseries event has already told us plenty about the future of DOOL, both on-screen and behind-the-scenes.

In their press release on Monday, July 26th, NBC shared a summary that establishes the scenery and stakes behind this new storyline. Taking beloved DOOL characters outside the fictional confines of Salem and having them traverse world-renowned cities such as Zurich, New Orleans and… Phoenix, Beyond Salem will radically expand the soap’s canvas while allowing past and present characters to co-mingle. However, the inclusion of this summary also undermines at least two cliffhangers that were intended to keep audiences on edge for the show’s August 9th return.

Want DOOL spoilers? Check out Days Of Our Lives: Spoilers For August 2021

The timing of this announcement — while the NBC soap is preempted for two weeks of Summer Olympic Games coverage — makes a ton of sense. It’s just a shame that it inadvertently spoils a handful of current storylines. For viewers who just watched Ben (Robert Scott Wilson) kidnap Ciara (Victoria Konefal) moments before her own wedding, the summary’s mention of Ben and Ciara’s “romantic getaway in New Orleans” sort of dulls that story’s anticipation. Sure, it had been hinted that these two star-crossed lovers would find their way back to each other, but catching wind of the outcome like this is hardly why we watch soap operas.

Another storyline gutted by the revelations in Beyond Salem is the Price family conflict over the future of Horton Town Square. When we last left Paulina (Jackée Harry), she’d just been busted for trying to deceive her niece Lani (Sal Stowers), daughter Chanel (Raven Bowens) and beau, Abe (James Reynolds). But I guess we don’t have to watch that storyline too closely either, as we’re told that Paulina, Abe, Lani and Eli (Lamon Archey) will be vacationing together in Miami soon enough. You’d think this summary might’ve warranted a “spoiler alert” disclaimer!

Another tell-tale indicator about the future of DOOL can be seen in the character return of Billie Reed (Lisa Rinna). As the presumed lead in this miniseries, Rinna will unite these various subplots as she travels to different locales and interacts with these characters. The overarching plot revolves around reclaiming “stolen jewels which, in the wrong hands, could cause dire consequences for Salem”; as a metaphor for winning Rinna back from prime time, it’s almost too rich.

This is surely a major score for NBC and DOOL fans, as Rinna’s popularity on the soap has yet to wane. Even during her frequent absences from the canvas, her character remains a figurehead for the program’s appeal. Rinna’s starring role in Beyond Salem will not only bring Billie Reed back to the canvas, but suggests an openness, on the actress’s behalf, to returning to DOOL in the future.

Beyond Salem is saying a lot about DOOL‘s future off-screen, as well. NBC recently demonstrated their faith in the long-running soap, renewing it for another two seasons, so we don’t need to speculate on cancellations until 2023. However, insiders were quick to point out the program’s inability to net key demographics for its valuable advertising time slot. According to Newsweek, DOOL has the lowest number of viewers among women aged 18 – 49. The soap still has its precious commodity, which is viewer loyalty, but issues pertaining to this time slot won’t disappear by the time Season 58 draws to a close.

During renewal negotiations between Corday Productions, Sony Pictures Television and NBC, there was speculation about moving DOOL to NBC’s streaming service, Peacock, thereby mending the soap’s ad revenue issue. As Deadline noted at the time, all parties want to keep DOOL profitable but it may require adjusting the show’s business model. Beyond Salem appears to be a litmus test for both business model and audience.

On July 5th, the NBC streaming app ceased carrying episodes and moved all DOOL content to the Peacock app. Who could forget, later that week, when Eli suggested to Lani that they “Peacock and chill”? Like anyone has ever uttered those words!

Could that phrase catch on over the next two years? With Rinna’s star power attached to a new DOOL property, which is exclusive to Peacock, it’s hard not to see Beyond Salem as a giant carrot dangling above an audience that, by and large, doesn’t want to stream their favorite soap. So, will they bite? Like most DOOL fans, I’m intrigued by this upcoming miniseries — not only to see Billie Reed’s return to the canvas, but also to see if fans will take the bait and embrace Peacock. By the time Season 59 debuts, we might all be ready to “Peacock and chill”.