James Read Is Returning To Days Of Our Lives 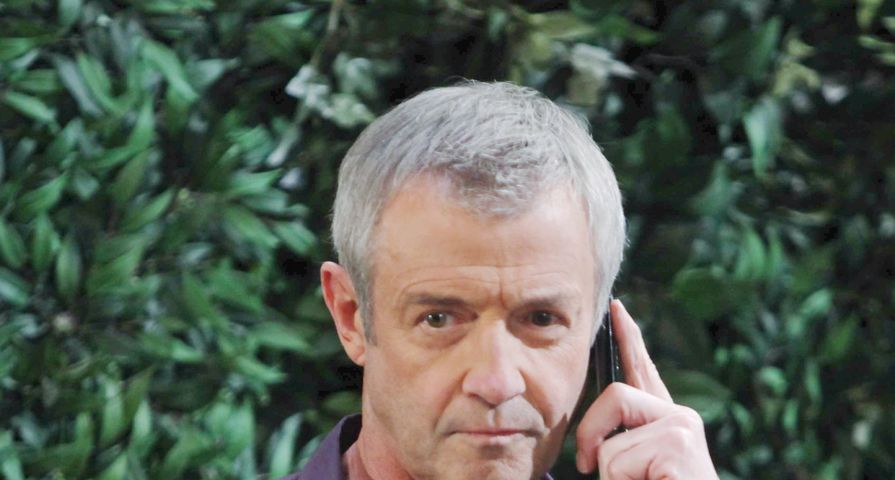 The actor also played Hamilton Finn’s (Michael Easton) father George Chase on General Hospital for several episodes in 2018. His first appearance on DOOL as Clyde was in June 2014 – his last appearance was in October 2018.

Clyde has had a tumultuous relationship with both his children. He abused them when they were young, and they ran away from home and hid from him for years. When he found them in Salem, he tried to make amends. Ben accepted his father back in his life, but Jordan still wanted nothing to do with him.

He also was a rival to mob boss Victor Kiriakis (John Aniston), but the men decided to eventually call a truce when they worried about how their hostilities could escalate and affect their children. A few years later, however, Victor teamed up with Stefano DiMera (Joseph Mascolo) to try to put an end to Clyde.

He also appeared on many TV series in the 1980s including Remington Steele, Cheers, Trapper John, M.D., Fantasy Island, Hotel and Matt Houston. More recently, Read has had guest-star spots on This Is Us, Castle, CSI: NY and NCIS.

According to DOOL spoilers, Clyde will visit Ben in jail. But what has Ben done this time to land himself in the slammer? And how will he feel when he sees his father? Keep watching DOOL to find out!

Want more DOOL spoilers? Sign up for Fame10’s weekly soap opera spoilers newsletter or check out our DOOL spoilers for the week of November 11, 2019:

DOOL spoilers tease that an unexpected passing of a character will be revealed early on in the week. Who got the ax? Hard to say at this point, but it will be someone that leaves fans gasping with wonder. While one can’t take a guess on who it could be, perhaps through the teasers viewers can do a process of elimination on who it is not.

Set your PVRs for Monday, November 11th as everyone’s favorite super couple, Chabby, is set to return to the land of Salem. Seems as if Chad and Abigail will visit mom Jenn first — she may need to see her grandkids! Whatever has gone down in the past 12 months, at least this family may still be going strong.

There will be tons of drama around the Chabby return. DOOL spoilers suggest that Chad will admit something to Abby this week. Turns out that he and daddy Stefano have been in contact with each other, and he’s been hiding it from her. Interesting how DiMera’s name has popped up in storylines, especially with this time jump. Could this mean that Stefan is alive? In other related teasers, Gabi will admit to Eli that she feels as if Chad is plotting against her.

8. Sonny’s Eye Could Be Wandering

DOOL spoilers could be hinting to a WilSon breakup. Teasers indicate that Sonny will meet and get to know Evan, who happens to be Rafe’s new nanny. Will sparks fly between the two? Why even mention this meeting unless drama is on the horizon? Seems as if Will and Sonny’s relationship could be in jeopardy.

Days spoilers state that the baby drama around Sarah will take an unexpected turn this week. One has to wonder if Sarah ended up having her child, one year later, or if something happened within the last 12 months? In other related teasers, she and Nicole will share a moment of regret around their lies this week.

Days fans will be saddened to learn that it seems as if J.J. has fallen off the wagon. Spoilers hint that Eric will find Deveraux under the influence in the coming days. As the week progresses, J.J. will even blow up at Brady Black for an unknown reason. Here’s hoping he gets the help he needs, and fast.

Things don’t look so good for Cin these days. First off, DOOL spoilers will state that Ben will share some of his recent hard times with an unexpected friend. Meanwhile, Ciara will tell granddaddy Victor that she’s given up hope on her relationship with Ben. Seems as if Cin has broken up, but what could have caused the split?

Lots going on with Princess Gina in this time jump. DOOL spoilers indicate that she’ll have an unexpected new “friend” that is revealed early on in the week. As the days go by (pun intended), she’ll try and make a move on John. Other teasers suggest that drama will unfold between Roman and John … could Roman be Gina’s new love interest?

Days spoilers reveal that Jack will tell Jennifer that the person who caused her fall has landed in jail. Interesting, as it is clear that Gina may not be in prison. In other teasers that could be related, Eve dodges a bullet, thanks to Justin. Could this be a legal dealing? Does this also mean that Justin and Eve are a “thing?”

While fans will struggle to understand what has happened in the past 12 months, some tidbits will be provided in the coming days. Brady will recall what he’s been through this year, and scenes with Kristen will offer up a reason why she left the little town. Then, there’s Lani. DOOL spoilers state that fans will be taken aback to see just how dramatically her life has changed over the past 12 months. It should be interesting.

Julie will be more than a little ruffled when she realizes that her heart has started to race, and there is no real reason behind it. In other Days teasers, Kayla may have a new love interest, as she will head to her home for an evening of romance. Will fans be privy to a Steve Johnson return this week? Seems that is not the case, and fans might see Kayla with a new beau, as Patch’s comeback is not slated until later this month.