Home » Entertainment » Celebrities » Celebrity Couples You Forgot Were Ever Married 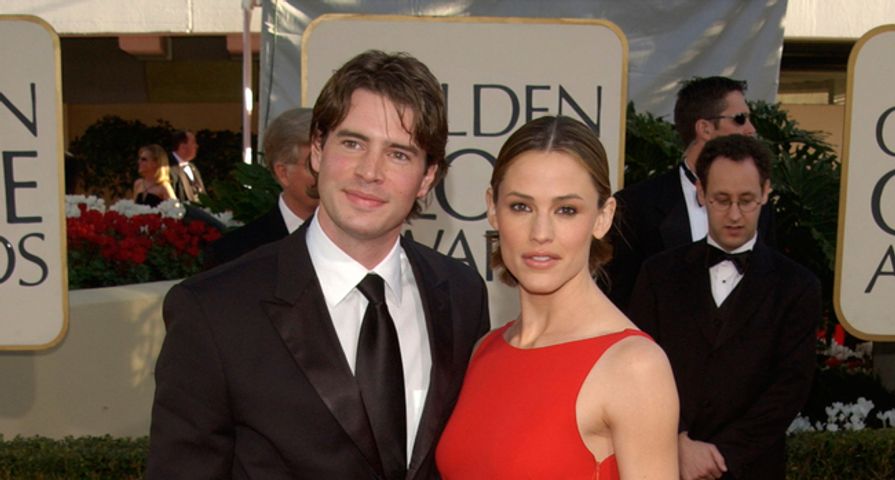 Unfortunately, many marriages in Hollywood don’t work out and so many of them are forgotten way too quickly. We have combed through many of these marriages looking for the ones that we were a little too quick to forget. Here is our list of 18 celebrities who you didn’t know (or that you forgot) were ever married!

Sean Penn and Madonna were married back in 1985. Unfortunately, the marriage was filled with abuse, which may have been due to Penn’s love of drinking. On one occasion, the actor tied Madonna up and gagged her, torturing her for nine hours. Penn was charged with felony domestic assault for the incident. The marriage ended in 1989.

Actor Colin Farrell married British singer-songwriter Amelia Warner in Tahiti back in 2001 and the couple separated that same year. According to Warner, the ceremony was never legal. “We had a ceremony on a beach in Tahiti that was by no means legal,” she said. “We went shark feeding and then we did that. We booked them both on the activities desk at the hotel.”

Elisabeth Moss and Fred Armisen were married in October 2009 and called it quits in June 2010. According to The Handmaid’s Tale actress, the Portlandia actor was a terrible husband. “One of the greatest things I heard someone say about him is, ‘He’s so great at doing impersonations. But the greatest impersonation he does is that of a normal person.’ To me, that sums it up.”

Singer, songwriter and actress Michelle Phillips was married to actor Dennis Hopper for only eight days back in 1970. During their brief marriage, Hopper allegedly kept Phillips handcuffed so she couldn’t run away. According to the actor, “Seven of those days were pretty good. The eighth day was the bad one.”

After meeting on the set of Felicity, Jennifer Garner and Scott Foley married in 2000. Sadly, it wasn’t meant to be! In 2003, the couple separated and divorced. Garner was pretty vague about what caused the split. “We didn’t have a shot. He’s a really good guy, and we just imploded.”

When Nicolas Cage met Lisa Marie Presley in 2000, she was engaged to rocker John Oszajca, but she broke the engagement off shortly after meeting the actor and then began dating him. The two were married in November 2002, 10 days after Cage proposed. The marriage was short-lived, however, because the Oscar-winning actor filed for divorce only 108 days after they tied the knot. In May 2004, the divorce was finalized.

Lyle Lovett and Julia Roberts were an odd couple. The press dubbed them “Beauty and the Best.” They met in 1993 and then were married just three weeks after their first date. Less than two years later though, they announced that they were divorcing, but have managed to remain friends.

Drew Barrymore and Tom Green had a really short-lived marriage. They began dating in 1999, became engaged in July 2000 and were married in March 2001. Sadly, the marriage lasted less than a year and no reason was given for why the couple split so soon. All that Green said about the sudden divorce was, “Drew is a wonderful woman. I love her very much. I wish our marriage could have worked out. I wish her much happiness.”

Before his marriage to Catherine Zeta-Jones, Michael Douglas was married to Diandra Luker. They wed in 1977 when he was 32 and she was 19. Together, they had one child, Cameron, who has made the news several times for his issues with drugs. In 1995, Diandra filed for divorce and received one of the largest divorce settlements in Hollywood history — $45 million.

Tom Cruise’s first two marriages were widely publicized; however, many forget that his first was to Mimi Rogers and not Nicole Kidman. Cruise and Rogers married in a secret ceremony in 1987, but after less than three years of marriage, he left her for Kidman. The one thing that did come out of their marriage that stuck was Cruise’s devotion to Scientology. Rogers is the one who introduced him to the religion.

Mario Lopez and Ali Landry were married in 2004, but their union only lasted two weeks before it was annulled. Years later, the former Saved by the Bell star admitted that he had been unfaithful to Landry two days prior to the wedding at his bachelor party and she found out about it, hence the annulment.

Shannen Doherty and Ashley Hamilton moved really fast during their short relationship. He moved in with her after just one date and less than two weeks after having met, they were married in a small ceremony in her backyard. Five months later, she filed for divorce, citing irreconcilable differences.

Patricia Arquette met Nicolas Cage when she was just 18 and he proposed to her on the very same day that they met. She eventually married him when she was 27, but it only lasted five years. The couple stopped living together after just nine months of marriage; however, they continued to act as a couple until 2000 when he filed for divorce.

Notorious lady’s man Bradley Cooper was married once before! Back in late 2006, he married Jennifer Esposito and, in 2007, his new bride filed for divorce. On Howard Stern’s Sirius XM radio show, Cooper briefly discussed his failed marriage. “It was just something that happened. The good thing is, we both realized it. Sometimes you just realize it.”

After dating for six years, Hank Azaria – one of the principal voice actors in The Simpsons – married Academy Award winner Helen Hunt in 1999. The couple separated less than a year later and divorced six months after that. Azaria had trouble getting over the actress because her image kept popping up on billboards everywhere!

15 Of Hollywood's Most Expensive Divorces!

3. Will Arnett and Penelope Ann Miller

Will Arnett’s marriage to Penelope Ann Miller from the film The Artist lasted just over a month! The couple married on December 9, 1994 and divorced on January 18, 1995. Miller went on to marry James Huggins while Arnett married Amy Poehler only to divorce her several years later.

Uma Thurman married Gary Oldman back in 1990 when she was only 20 years old! They had met on the set of State of Grace in 1989 when Oldman was 31 and married to Lesley Manville. He left his wife and promptly married Thurman. Unfortunately, the marriage did not last and they divorced only two years later.

In 1989, George Clooney married Talia Balsam in Las Vegas. The couple divorced in 1993 and, according to Clooney, he has some regrets about his first and only marriage. “I definitely wasn’t someone who should have been married at that point. I just don’t feel like I gave Talia a fair shot.” Balsam has since married John Slattery, her co-star from Mad Men, and now Clooney is married Amal.