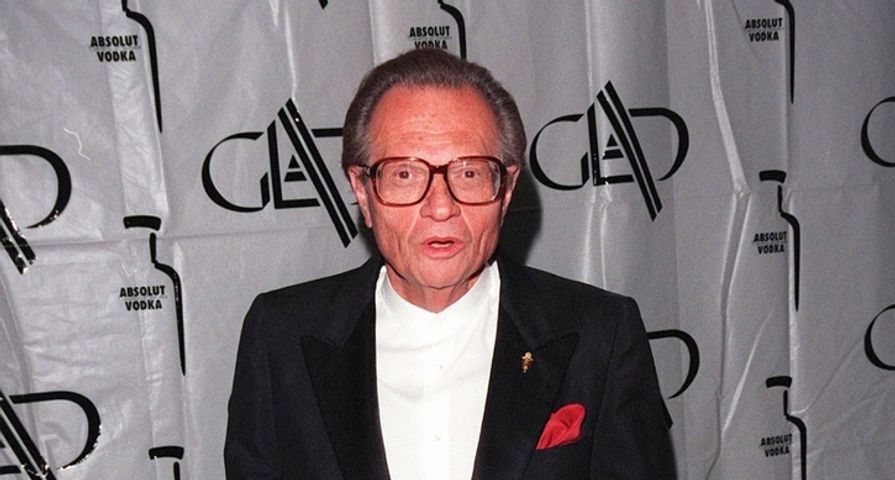 Marriage in Hollywood doesn’t mean the same thing as it does in other places around the world. Celebrities seem to fall in love quite often and, when they are in love, they tend to get married quickly. Unfortunately, many celebrities who get married don’t find their happily ever after and when things go sour they head to divorce court. This might help explain why the divorce rate is so high in the United States – Hollywood is skewing everything! We decided to take a look at which celebrities – who are still alive – have been divorced the most. Here are 7 who have been divorced at least four times!

Gary Oldman is going to be getting divorced for the fourth time! His estranged wife, English singer and actress Alexandra Edenborough, recently filed the papers in Los Angeles, citing “irreconcilable differences” as the reason for the split. She is requesting that he pay her spousal support, as well as her attorney’s fees and asked the court not to award the actor with spousal support. These two had been married since 2008 and he seemed hopeful at one point that this would be his last marriage.

Oldman’s first marriage was to English actress Lesley Manville. They married in 1987 and called it quits in 1989. A year later, he married Uma Thurman, but that only lasted two years. He then married Donya Fiorentino. This only lasted from 1997 to 2001. According to him, he wasn’t really marriage material when he was younger. “I’m not proud to say that though. But I’ve had a few goes at it now, so I’ve probably learned something from the first three,” he told the U.K.’s The Independent. “Practice makes perfect. Isn’t that what they say?”

The former supermodel’s most recent marriage to Peter Cook ended up being quite the spectacle. He had been cheating on her with his 18-year-old assistant and, when Brinkley found out, things got really nasty between her and Cook. These two divorced relatively quickly; however, the affair and the subsequent custody battle ended up dominating the tabloids for years to come. Brinkley has not married again and should probably stay away from the altar for a while. Her last divorce has probably scarred her children for years to come.

Joan Collins’ romantic life has been pretty dramatic. She’s been married five times and four of those marriages ended up in divorce. Her first marriage to Maxwell Reed – who she was married to from 1952 to 1956 – reportedly ended in divorce after he tried to sell her to an Arab sheik for a one-night stand. Her fourth husband, Swedish pop singer Peter Holm, was even worse. He went after her fortune, but failed to get much of it because she had a really good lawyer.

Collins is currently married to Percy Gibson, who is 32 years younger than she is. They married back in 2002 and are still going strong. According to her, she keeps her hubby’s interest in her alive with lots of sex. That’s pretty amazing considering that she’s currently in her 80s. At this point, we don’t think that she could handle another dramatic divorce, so let’s hope this one lasts for the rest of her life.

Liza Minelli’s track record with husbands isn’t good. She’s been married and divorced four times. Her first marriage to Peter Allen was a bit of a sham. Everyone knew that he was gay except for her. “I married Peter and he didn’t tell me he was gay. Everyone knew but me. And I found out…well, let me put it this way: I’ll never surprise anybody coming home as long as I live. I call first!” she said. Her fourth marriage to David Gest was even more embarrassing. They separated after about a year of marriage and he sued her, accusing her of beating him in alcohol-induced rages and of giving him genital herpes.

Minelli has not remarried again and we don’t think she will. “If you even hear I’m getting married, hit me over the head and take me outta there!” she said on Access Hollywood back in 2012. We certainly hope she’s serious cause we don’t think the world can handle another divorce like the one she had from Gest.

Martin Scorsese is one of the few people in Hollywood who isn’t known for his personal life. Instead, when we hear his name, we mostly think of his films, many of which have become iconic. Just because he lives a very private life doesn’t mean there isn’t anything there to gossip about!

It turns out that this critically acclaimed director is just as good at falling in love as he is at falling out of it. He has been married to five different women and four of those times the marriage ended in divorce. Who knew that Scorsese had such a bad track record when it comes to commitment! While his first four marriages all fell apart, he seems committed to making sure his fifth one doesn’t. He is currently married to Helen Schermerhorn Morris. They have been legally bound to each other since 1999, which is a long time for Scorsese.

According to Billy Bob Thornton, marriage just doesn’t work for him and we can see why! He’s been married five times and each of his marriages has ended in divorce. His most famous marriage was to Angelina Jolie. These two were pretty passionate. On the red carpet, they were all over each other, even going so far as to wear matching lockets containing a single drop of each other’s blood.

Since Thornton and Jolie called it quits, he hasn’t bothered to get remarried, even though he has been in a committed relationship for over a decade. According to him, his relationship with makeup effects crewmember Connie Angland is by far his longest and his most private. To us, it sounds he is still a little traumatized by how public his relationship with Jolie was. We don’t think people are necessarily as interested in his relationship with his current girlfriend; however, we do think Thornton has a pretty bad track record when it comes to marriage.

Larry King has been married eight times in total to seven different women. His first marriage was annulled at the behest of his wife-at-the-time’s parents; however, with the exception of his current marriage to Shawn Southwick, all of his other marriages have ended in divorced.

In 2010, it looked as though his marriage to Southwick was heading in the same direction as all of his past marriages. They were separated and King reportedly had an affair with her younger sister. He wasn’t the only one who had been unfaithful. According to their children’s baseball coach, Hector Penate, she had an affair with him after learning that King had been with her sister. Both parties filed for divorce but, later that same month, they called off the proceedings and instead entered counseling together. At this point, it looks like these two are in it for the long haul; however, given his track record, this could still end in divorce at some point.