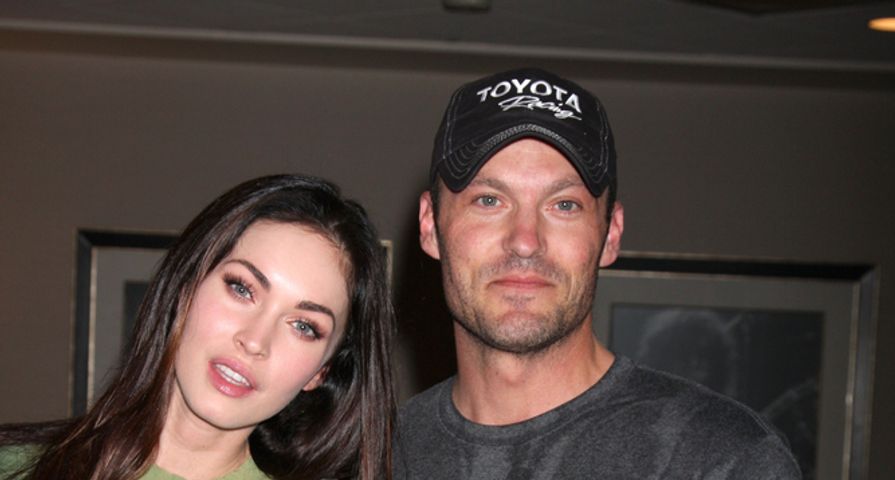 Megan Fox and Brian Austin Green are reportedly calling it quits! Their reps have yet to confirm it, but outlets like People and Us Weekly have already announced it, using an inside source to confirm it. These two have been together for 11 years and have been married for five; however, for several months, they have reportedly been living separate lives and decided it was time to call time out on their marriage. After looking back on their relationship, we’ve noticed a number of red flags that seem to indicate that their breakup was inevitable. Here are 7 signs that Megan and Brian were already headed for splitsville:

7. She’s Dumped Him Before

Before they were married, Megan dumped Brian so that she could promote Transformers: Revenge of the Fallen as a single lady. She made sure to wear lots of revealing dresses and flirted it up with Shia LaBeouf on the carpet; however, it wasn’t long before she and Brian were back together. The breakup was reportedly a publicity stunt to get Megan more press.

Megan and Brian were rumored to have a really volatile relationship. They reportedly would fight passionately and, at times, even dangerously. Before they were married, they allegedly engaged in screaming matches and sources say that it would get so bad that their neighbors would call the cops. He reportedly would have scratches on his arms and would accuse her of being violent, and she would say the same about him. No charges were ever pressed.

Megan has a reputation for shooting off at the mouth. She openly criticized Michael Bay, the director and executive producer of the Transformers movies, which got her fired from the third film in the franchise, and she’s known for saying anything to keep the media’s attention. Remember when she announced that she was bisexual and claimed to have had a fling with a stripper named Nikita? Yeah, we do too.

4. She Reportedly Cheated with Shia LaBeouf

According to Shia LaBeouf, back when he and Megan were making the Transformers films, they were hooking up. At that point, she was supposed to be with Brian and even Brian claims that he and Megan never dated anyone else or did anything with anyone else during the six years that they had been.

Megan is the real star in this relationship. Brian was pretty famous during the ‘90s thanks to Beverly Hill, 90210, but it didn’t last. By the time het met Megan, he was already pretty washed up. Her career, however, was on the rise. Even now, she doesn’t have much going on, but she’s still the bigger star.

2. They Were Reportedly in Marriage Counseling

According to In Touch Weekly, during their first year of marriage, Megan and Brian were in couple’s counseling. Things were good at the time and, according to a source, they were looking to keep it that way.

Back when Megan was promoting Teenage Mutant Ninja Turtles, she told E! Online that “Brian doesn’t get any intimacy whatsoever.” We definitely get that she has two young sons, Noah and Bodhi, and balancing their needs with Brian’s might get a little hard, but we can’t still can’t help but think that lack of intimacy took its toll on their marriage.