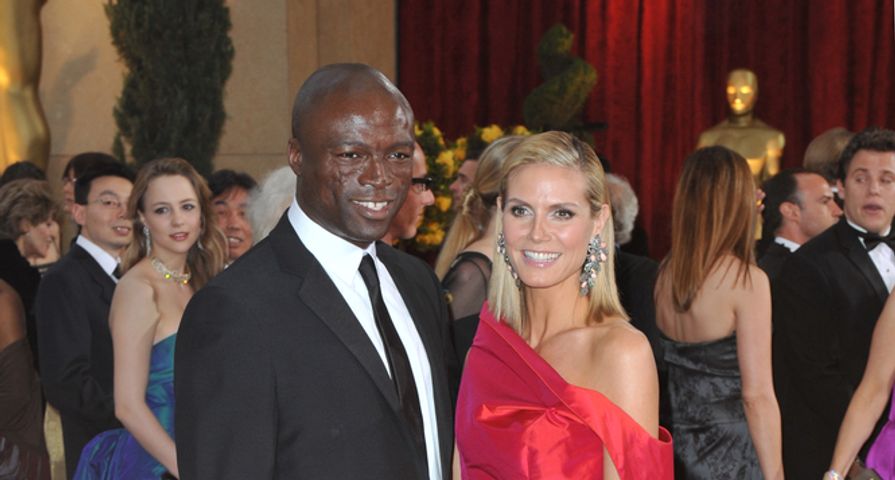 Some celebrity divorces catch people off guard because they seem to come out of the blue; however, there are other divorces that we knew were coming – it was just a matter of when! We have a list of 9 celebrity couples who were obviously headed for splitsville long before their marriages ended:

Sean Penn and Robin Wright had a notoriously volatile relationship, which made it seem as though it was only a matter of time before things completely blew up. They began dating in the late ‘80s after his marriage to Madonna ended and the two proceeded to break up and make up long before they were finally married in 1996. Once they were married, the couple continued their pattern. They filed for divorce in 2007, only to have the divorce petition withdrawn in 2008. Then Penn filed for separation in 2009 and withdrew the petition only a month later, and a few months later in 2009, Wright filed for divorce, declaring that she had no intention of reconciling. This marriage was doomed before it began, and most people saw the writing on the wall.

When Britney Spears announced that she was going to marry her backup dancer turned lover, Kevin Federline, everyone knew that it wouldn’t last. Even as they two began having children together, people were waiting for a divorce announcement from the two. The marriage only lasted two years and, while Federline was blindsided by Spears’ divorce filing, the rest of us knew that this breakup was a long time coming.

When Ben Affleck and Jennifer Garner announced that they were splitting up, few people were surprised. The couple had obviously been having issues for years. There were rumors of infidelity, and then there was his drinking and gambling. Affleck also made it known in his 2013 Oscar speech that they were working on their marriage. In 2015, when the two announced that their marriage was over, everyone had seen it coming from a mile away.

As soon as Tom Cruise and Katie Holmes went public with their relationship in 2005, people were expecting them to break up. First there was the age difference – he was 14 years her senior – and then there was the whole scientology thing. She was raised Catholic and Cruise was a devout Scientologist. The fact that they were at two different places in their career also made the relationship seem doomed from the start. He was a mega star and she was just an up-and-coming actress. Somehow their marriage lasted six years, but from the beginning, everyone knew it wouldn’t last.

According to sources cloth to Heidi Klum and Seal, their breakup was a long time coming. The two had a lot of highs and lows during their marriage that were impossible to maintain – they were either madly involved or they were fighting. There was also his jealousy over her skyrocketing career, as well as the fact that they were two totally different people; while she was upbeat and happy, he was moody, controlling, jealous and had a temper. Because of this, people close to Klum and Seal knew the marriage wouldn’t last.

Gwyneth Paltrow and Chris Martin didn’t catch anyone off guard when they announced that they were consciously uncoupling in 2014 after 10 years of marriage. The fact that these two wouldn’t pose for photographs together on the red carpet was a sign and then there were all the interviews the two gave where they wouldn’t discuss each other. When Paltrow did discuss her marriage in interviews, she would talk about how hard it is being married. There were also rumors of cheating and of the couple having an open marriage. These two were so obviously headed for divorce long before they announced they split.

Demi Moore and Ashton Kutcher’s age gap is what had many convinced that the marriage wouldn’t last. They met when he was just 25 while she was 41 and had three children that were closer in age to Kutcher than she was. It didn’t help that there were rumors in infidelity on his part, as well as rumors that the couple had an open marriage. The most surprising thing about their marriage was that they were able to make it to their six-year anniversary before calling it quits.

When Keeping Up with the Kardashians first premiered, Bruce Jenner and Kris Jenner seemed to have a relatively solid relationship; however, as the show became more and more successful and the family became more and more famous, Kris and Bruce’s relationship changed. By season four, it seemed apparent that the two could barely stand each other, yet they somehow managed to hold on until season eight when they finally called it quits. This is one marriage that seemed destined to fail for a long time.

Anyone who watched Jon & Kate Plus 8 knew that Jon and Kate’s marriage would not last. These two were a terrible match. She would berate him on live television for everything from the way he would speak to his breathing and he would just put up with it. People who watched the show wondered how Jon dealt with the constant verbal abuse, and it seemed pretty clear early on that these two were way too mismatched to make their marriage last. When it was finally announced that they were divorcing, everyone wondered how it took so long to finally get to this point.