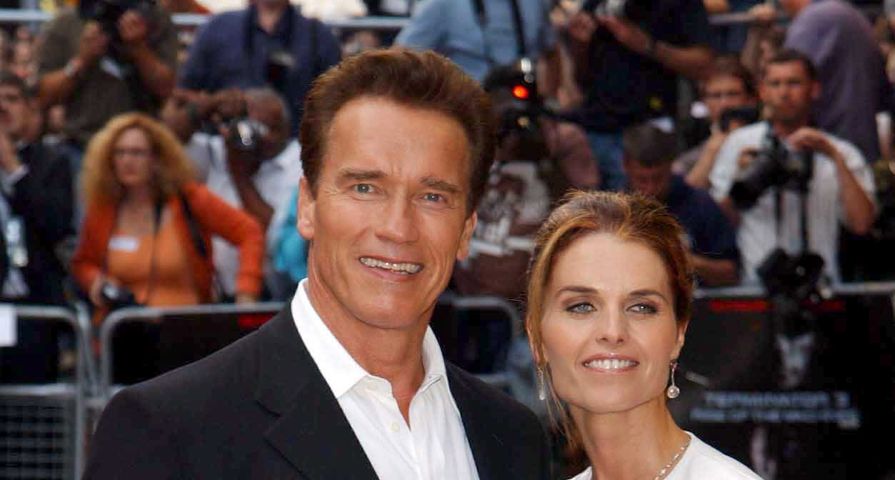 Celebrity relationships have a reputation for being dramatic and often fleeting. Having a relationship in the public eye is extremely difficult and when both people are famous it is made even worse. Despite this, there have been many celebrity couples who were seemingly in it for the long run and had beat the odds of Hollywood divorce rates before their marriage abruptly came to an end. Fans were really rooting for these couples who seemed to have it together even with all the troubled relationships around them, but the splits often revealed that the stars were dealing with more behind closed doors than anyone could have imagined. Here are the 12 most shocking celebrity divorces of the 2000s.

Country star Jason Aldean and his wife Jessica Ussery were high school sweethearts who fell in love long before fame found Aldean, and it seemed nothing could challenge the strength of their relationship. The pair married in 2001, four years before Aldean signed to a record company, and even as he rose to the top of the country music world, his role as loving father and husband never changed. His perfect family man image was shattered in 2012 when images went viral of Aldean kissing American Idol contestant Brittany Kerr in a bar. Aldean continue to shock fans and his wife when he admitted to his transgressions and offered an apology, but the damage was done and he and his wife split, resulting in a divorce in April 2013. Despite the backlash from fans, Aldean continued to date Kerr and the two went public in March 2014 before announcing their engagement in September and were married in March 2015.

Back in the late ’90s Reese Witherspoon and Ryan Phillippe were widely regarded as two of the hottest up and coming actors in Hollywood, and fans were thrilled when the pair began dating in 1997 and co-starred in 1999’s Cruel Intentions. After becoming engaged in December 1998 at the ages of 22 and 24, the pair were married in June 1999. Their young love and rising of fame caused for many to doubt their relationship, but the two were the picture of young love and soon welcomed a daughter Ava in 1999 and son Deacon in 2003, proving they were in it for the long haul. Unfortunately, in 2006, after nine years together and seven years of marriage, they announced their separation and divorce to the dismay of many.

Jennie Garth and Peter Facinielli rode the waves of their individual fame together, and it seemed nothing could break them apart. The pair met in 1995 while on set of An Unfinished Affair in the midst of Garth’s Beverly Hills, 90210 fame and married in 2001. Even though they are both celebrities, the pair enjoyed a rare low-key life out of the spotlight where they welcomed three daughters and seemed completely happy. In 2008 Peter Facinelli’s career took an upswing with his casting as Carlisle Cullen in the Twilight Saga films, and the pair saw more of the spotlight. Suddenly, in 2012 Facinelli filed for divorce from Garth citing the usual “irreconiable differences” and it was hard to determine what went wrong. One thing was for sure — fans weren’t the only ones shocked by the news. ““You get the rug pulled from under you,” Garth said of Facinelli’s decision to end their marriage. “I have no landscape of what my future will look like, where before I had something that I can count on.”

Heidi Klum and Seal were one of Hollywood’s golden couples for years, before blindsiding everyone with their split. The model began dating the singer in 2003, although she was pregnant with her ex’s child, and in 2004 the pair became engaged and were married in May 2005. They went on to welcome three of their own children, and Seal adopted Klum’s daughter Leni. The pair quickly became known as one of the most romantic celebrity couples out there, renewing their vows every year and constantly gushing about each other and their life together to media outlets and on red carpets. They truly seemed blissfully happy and very strong until they suddenly announced their separation in January 2012. Klum officially filed for divorce in April that year, and the once nothing but loving couple turned to slamming each other in the media.

There was no more perfect couple in Hollywood than in the late ’90s into the 2000s when Brad Pitt and Jennifer Aniston began dating in 1998. When the pair married in July 2000, they officially became Hollywood’s top couple, and fans couldn’t get enough of the stunning pair. For five years it seemed like nothing could rock the couple and no one could come between them, but things started getting shaky when Pitt was rumored to be getting a little too close to his Mr. and Mrs. Smith co-star Angelina Jolie. Despite the rumors, it was surprising when the pair split in January 2005 and Aniston filed for divorce in March.

Although Melanie Griffith and Antonio Banderas had achieved copious amounts of fame, the pair remarkably led a very quiet and private life together through 18 years of marriage. Eighteen years is a lifetime in Hollywood and no one had any reason to believe that after so much time together the fun-loving couple would be heading for divorce, but in June 2014, they floored everyone with their announcement they were splitting and intending to divorce. Griffith slowly opened up about her shocking decision to file for divorce and it turns out the always smiling pair weren’t as happy as they seemed. “I think part of the reason my marriage to Antonio fell apart was because I was stuck; nobody else is to blame. It’s just that I personally got stuck and I won’t let that happen again, I want to enjoy life, I want to do whatever I want to do.”

Gwen Stefani first met Gavin Rossdale on a 1995 tour featuring her band No Doubt, Rossdale’s band Bush and the Goo Goo Dolls. After dating for years, they finally made it official with a September 2002 wedding. Through Stefani’s ever-rising fame, and both of their busy schedules, the two welcomed three sons and often gushed about each other to tabloids and anyone that would listen, and everyone couldn’t get enough. Then, seemingly out of nowhere in early August 2015, the pair announced their split after 19 years together and 13 years of marriage, and only a few months before Stefani had gushed to Cosmopolitan about her incredible 13 year marriage to Rossdale. Like far too many sudden celebrity splits it was soon revealed that Rossdale had allegedly been cheating for some time with their children’s nanny, making the whole divorce even more jaw-dropping.

In terms of surprising and highly unlikely celebrity couples, few are more of an odd pairing than Sandra Bullock and Jesse James. After meeting when Bullock arranged for her godson to meet James in the early 2000s as a Christmas present, the pair began dating and were married in July 2005. Despite the unlikely couple of America’s Sweetheart with America’s bad-boy, the pair defied all the skeptics for five strong years before scandal hit. In March 2010 several women came forward claiming to have had affairs with James, causing Bullock to cancel promotional appearances for her film The Blind Side. Instead of a denial, James then issued a public apology to Bullock, confirming he had cheated and consequently checked into rehab. In April, Bullock filed for divorce, bringing to end the surprising relationship that pulled Bullock into scandals fans never thought she would be a part of.

Before their shocking divorce, it was hard to wrap our heads around Katie Holmes and Tom Cruise being together in the first place. Despite a 16 year age gap, and the disbelief the relationship was not just for publicity, the pair began dating in April 2005, became engaged in June of that year, welcomed their daughter Suri in April 2006, and were married in November of that year. The lightning speed of their relationship made it hard to keep up with, but it was clear the two were devoted to each other, especially as Holmes took on Scientology and devoted her life not only to Cruise, but the religion. For five years the pair seemed loving and happy, and it became clear that divorcing in Scientology was not a thing easily done, but out of nowhere in late June 2012, Cruise’s rep confirmed Holmes had filed for divorce. Quickly reports spread that Holmes feared for herself and Curise abducting Suri and was under scrutiny from the Church of Scientology, but she moved forward with the split and was granted custody of Suri.

When it comes to Hollywood power couples, few were bigger than iconic action hero turned politician Arnold Schwarzenegger and journalist Maria Shriver. After marrying in 1986, the superstar couple weathered many rumors of infidelity and sexual misconduct on Schwarzenegger’s part and welcomed four children together. With 25 years of marriage under their belt, it seemed unlikely anything would tear the two apart, that is until Shriver ended their relationship in May of 2011 and moved out of their mansion. While fans and the media were still reeling from the announcement, only days later the real scandal hit when it was revealed that Schwarzenegger had fathered a son with one of their housemaids in 1997, only a month after one of his son’s with Shriver, Christopher, was born. Along with the infidelity and birth of his illegitimate son Joseph Baena, actress Brigitte Nielsen, known for her role in Rocky IV, came forward and claimed she also had an affair with the actor while he was married to Shriver.

Blake Shelton and Miranda Lambert were the King and Queen of country after they began dating in 2006. Individually, they topped country music charts with their numerous hits and sometimes made appearances in each other’s music videos, but otherwise kept to themselves on their farm in Oklahoma. To many fans, the two had a seemingly amazing relationship and they were absolutely adored. After four years of dating, they were engaged in 2010 and married in 2011, then out of nowhere, after years of laughing off divorce rumors in tabloids, the two announced in July 2015 they had split. The stunning news was made even more shocking by the fact that they were already divorced. The pair had quietly filed and dealt with the divorce before making their announcement, completely ending their relationship.

When Brad Pitt and Angelina Jolie first got together in 2005, there was an uproar in Hollywood. As divisions were made between Team Jen and Team Angelina, it seemed unlikely their relationship could survive the constant attack it was under. To the surprise of many, the pair stood together and before long it was extremely apparent they were in it for the long haul. That same year Pitt accompanied Jolie when she adopted her second child and a year later both kids’ surnames were legally changed to Jolie-Pitt. By 2008, they had welcomed four more children and had become a family of six. Despite their levels of fame, the pair were skilled at keeping their family life private, and they always seemed like a very close and happy family until news broke on September 20, 2016 that Jolie had filed for the divorce. The move was so sudden and shocking many thought it was a hoax. Even more surprising than Jolie’s filings were her claims that she didn’t agree with Pitt’s parenting methods, and that an altercation had broken out on their flight from Paris to L.A. involving their son Maddox, and that Pitt’s consumption of weed and alcohol had become a problem along with his “anger issues.”