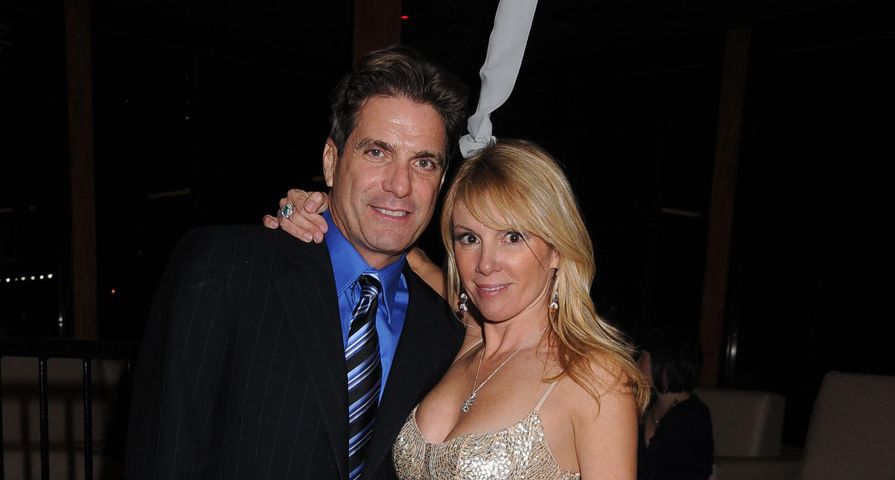 Viewers have seen a lot go down on the Bravo’s Real Housewives franchise, but none have been more dramatic and emotional than the relationships between the housewives and their husbands. Bringing a relationship onto reality television for the world to see can be a hard task and not many survive as a result. More than 20 housewives have fallen victim to the Housewives divorce curse after going on the show and the number continues to climb, with the most recent split between Yolanda and David Foster. This list takes a look back at some of the worst divorces that went down in housewives history — some of these get down right ugly! Here’s the top 8 nastiest divorces:

Vicki was married to Donn from 1994 to 2010, but the divorce wasn’t finalized until a few years ago. Their marriage aired during the first few seasons of Real Housewives of Orange County and the two had a lot of cringe worthy moments on camera. Their divorce got ugly when it came to deciding a settlement because Donn demanded Vicki pay spousal support. Vicki has admitted on the show that she lost a lot money because of Donn’s demands and was ordered in the end to pay him support.

Porsha William’s had a brief and ugly divorce from her ex-husband, former Pittsburgh Steelers star, Kordell Stewart. Porsha revealed to the media that her former husband filed for divorce without her knowledge. Things get even worse when she had to find out over the internet. Neither took the split well, especially Porsha, who began vilifying Kordell in the media and calling his sexuality into question. Luckily, the two had no children and didn’t share any assets together so the couple was able to end their 2 and a half year marriage fairly quickly.

Ramona and Mario had been married for 22 years when Ramona filed for divorce in January 2014. She didn’t fully execute the divorce until August 2014. Rumors began to swirl that Mario had cheated on Ramona, which she denied for a long time, until she finally addressed them head on during a reunion special on The Real Housewives of New York. Ramona admitted that her marriage had suffered because Mario was unfaithful and she had refused to comment on it earlier because the two were “working” on their marriage and she did not want to cast shame on him or their daughter, Avery. She had given him “numerous chances” and even taken him back after finding out, only to learn that he reconnected again with his mistress, Kasey Dexter. Ramona wrote a tell-all book and revealed that she had even walked in on the two together at their summer home in the Hamptons!

The way Camille Grammer’s divorce went down was a tad bit embarrassing as her marriage fell apart right before she began filming for the The Real Housewives of Beverly Hills. She said that Kelsey pushed her to do the show, which in hindsight was probably to distract her from the fact that he had taken a mistress, Kayte Walsh. At the time, Camille was completely unaware and even accused other women on the show of having cheating husbands. Kelsey wasted no time and got engaged to his mistress before even finalizing his divorce with Camille — he’s now remarried. Their divorce took two years to finalize due to custody battles and disputes over property agreements. Between Kelsey Grammer’s a-list celebrity status and Camille’s career in reality TV, it was hard to keep this split out of the media. Since divorcing both parties have made public digs against one another and Kelsey supposedly banned his children from saying Camille’s name in his home. Yikes!

Taylor and Russell Armstrong’s marriage ended in the most tragic way. Taylor filed for divorce from Russell due to allegations of severe domestic violence, and just one month after announcing their split, he committed suicide. It was revealed later that she was left with an enormous amount of debt and suffered a huge financial loss as a result. Her experience has been covered in full detail in her memoir Hiding From Reality.

No one was really surprised when Adrienne and Paul announced their divorce after 10 years of marriage. The two were often seen bickering with one another during their time filming for The Real Housewives of Beverly Hills. Adrienne even admitted later that when she watched the footage for the first time it became extremely evident that their marriage wasn’t working. Their marital problems were hard to ignore when it was aired on television for the world to see. However, details about their divorce revealed a much darker story than what viewers saw on the show. Their custody battle got ugly with serious accusations around guns, insults, and even physical abuse. Their long divorce process was finally settled in November 2012.

These two fell in love while Bethenny was filming for The Real Housewives of New York, and it all seemed like the perfect love story when the two surprisingly (but happily) got pregnant and married while filming the show and even got their own spin off series, Bethenny Ever After. However, in 2013, off camera the couple fell apart and filed for divorce. The divorce got messy with money and custody and was dragged on extensively. In the meantime, Bethenny is back on the Real Housewives and she’s opened up about the struggles of her custody arrangement, hinting that the divorce sucked the life out of her — which is fairly evident as she’s become a total emotional mess on the show.

The marriage of Tamra Judge and Simon Barney was tumultuous during their time filming for the show, and there was a lot happening behind the scenes that viewers weren’t privy to. Simon was overly controlling of Tamra (which viewers saw at times on the show) and caused serious distress between the two. Simon filed for divorce in 2010 after 11 years of marriage, and in the divorce papers he cited Tamra as being verbally abusive and committing acts of infidelity, which Tamra has said are all ‘fake.’  The ex-couple continues to struggle through a nasty custody battle and the split has caused problems between Tamra and her eldest daughter. This split goes down as the nastiest as it continues on today, Simon has been arrested under allegations of domestic abuse, Tamra has accused him of parental alienation, driving a wedge between her and her eldest daughter. In return, Simon has used Tamra’s actions on the show against her to claim that she is an unfit and abusive parent and constantly derails her as a parent in the media. Unfortunately, it doesn’t seem like these two will come to an understanding anytime soon.