8 Signs Tom And Gisele Are Headed For Divorce 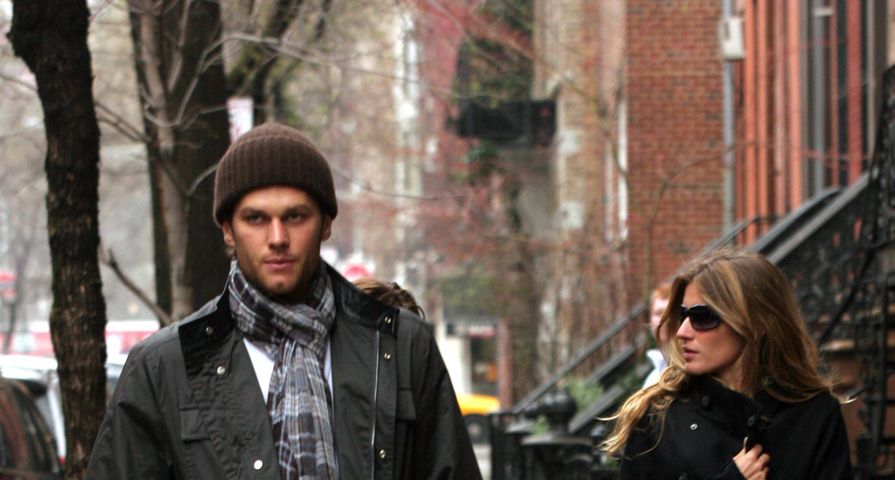 This past summer was the summer of breakups. Countless couples broke up, from Britney Spears and Charlie Ebersol to Ben Affleck and Jennifer Garner. Now, Us Weekly is reporting that Gisele Bundchen and Tom Brady’s six-year marriage is on the rocks. We’re sure that this year hasn’t been easy on them with Deflategate and Tom’s four game suspension but, as we all know, the real test for a couple is how well they do when things are bad. If the tabloids are right, Tom and Gisele are currently failing this test. Here are 8 signs that the pair is headed for divorce!

According to OK! Magazine, Gisele and Tom have been bickering nonstop as of late. They reportedly had a massive fight after a birthday dinner that was held for Tom, which OK! believes was the breaking point. “As soon as they got home, things really came to a head. They started bickering and it turned into a fight where they each dredged up every issue with the other that they’d been suppressing,” an insider said. “Things have never been this bad. Gisele told Tom that if he didn’t make more of an effort, she might go back to Brazil for a few months to think about the future.”

Star Magazine alleges that Gisele controls every aspect of Tom’s life. According to some inside sources, Gisele has final say on everything, from how their home is decorated to how their two young children, Benjamin and Vivian, are raised. She even gives Tom chores. “They have housekeepers,” an inside source said. “But Gisele won’t let them do anything. She makes Tom get up at 6 a.m. with the children and then has him scrub the toilets and clean the floors while she sleeps in. She thinks that because she gave birth, her work is done.”

6. Tom Throws Fits and Tantrums to Get Attention

Tom told Man of the World Magazine that he throws fits and tantrums to get Gisele’s attention. “I like attention from her, so when I’m not getting it, I let her know in immature ways, like a young, immature child would,” he said. “You throw fits…you pout and you whine until you get what you want.” Poor Gisele. Not only is she raising two children, but she also has to deal with a childish and demanding husband.

5. Gisele Hasn’t Been at Court with Tom

Throughout the deflategate trial, Gisele has mostly been absent. People magazine alleges that the football-tampering scandal has brought tension into Gisele and Tom’s marriage. “There have been a lot of stresses in their marriage in the last year, especially during football season,” a source close to Tom said. “Tom is singularly focused on his career and sometimes Gisele feels left out. There have been arguments.”

4. They Didn’t Celebrate Their Birthdays Together This Year

Every year, Gisele and Tom celebrate their summer birthdays together, but this year they didn’t. Some claim that he was away at training camp while others think this points to signs of a much bigger problem.

3. Tom Was Pretty Embarrassed That Gisele Had Plastic Surgery

This summer, Gisele Bundchen reportedly had some plastic surgery. According to Page Six, she entered a plastic surgeon’s office in Paris this past July, wearing a burqa to conceal her identity during the holy month of Ramadan. It ended up angering Muslims, as well as random French people.

Tom was allegedly pretty embarrassed by the situation. “When the news broke, Tom was furious,” a source told Star Magazine. “He wasn’t against the surgeries, but he told Gisele that the added scrutiny and embarrassment the incident has caused was the last thing he needs as he tries to restore his image.”

2. Tom’s Been Pretty Nasty and Irritable

According to Us Weekly, Gisele and Tom’s marriage is in “dangerous territory.” Tom is pretty upset about the four game suspension that he was hit with back in May and he’s taking it out on her. “Tom’s become very nasty and irritable and started acting out on her,” a source said. “Things are very tense right now. This could be the end of them.”

Things are so rocky between Gisele and Tom that she allegedly consulted with a divorce lawyer. “Tom thinks it’s only a threat,” the insider said. “But this is definitely a rough patch.”