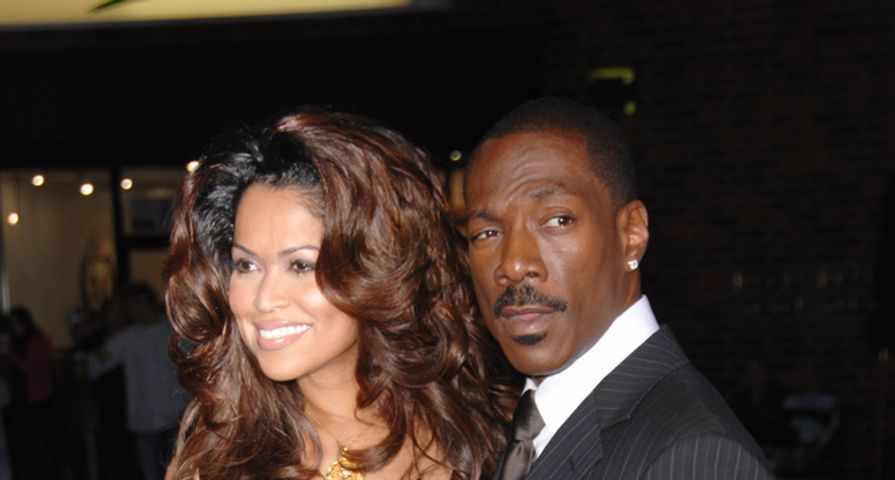 In Hollywood, marriage doesn’t mean the same thing as it does to the outside world. Celebrities are always getting married and divorced – and they sometimes do both within the same month. We have 7 celebrities who walked down the aisle rather hastily and ended up signing divorce papers before the ink had dried on their marriage certificates.

In 1994, Drew Barrymore married her first husband, Welsh bar owner Jeremy Thomas after six weeks of dating, and then split after only 19 days of marriage. The fact that the marriage ended wasn’t a huge surprise considering that they married on a whim at 5 a.m. in Jeremy’s bar. A minister-psychic-private detective who they found via a 24-hour wedding hotline presided over the ceremony inside, making the whole situation sound even sketchier.

Eddie Murphy and Tracey Edmonds married on a private island off Bora Bora in 2008; however, two weeks after tying the knot, they split. This didn’t come as a shock to those who had attended the wedding, as the newlyweds began fighting almost immediately after they exchanged vows and so did their families. One source of conflict for Eddie and Tracey was her refusal to change her name. Lucky for them, the ceremony wasn’t legally binding, so they were able to quickly break up and go their separate ways.

Mario Lopez and Ali Landry were married for only two weeks when she had the marriage annulled. According to her, she caught him being unfaithful. Years later, Mario finally admitted to Howard Stern that he cheated on Ali and that he never actually loved her. “I got inebriated and a little too friendly with a young lady. When it was time to return home, lightning hit me with the truth: I wasn’t in love. But I walked down the aisle [anyway],” Mario said.

Five days after her divorce from Sonny Bono became final in 1975, Cher married Gregg Allman in Las Vegas. Nine days after the wedding, she filed to dissolve the marriage. She apparently found Gregg’s heroin and drinking problems were too much to handle. He cleaned himself up quickly and won her back. They had one child together, Elijah Blue, and stayed married until 1979.

Dennis Rodman and Carmen Electra eloped in Las Vegas in November 1998 and nine days after they tied the knot he filed for an annulment, claiming that he was of “unsound mind” when they wed. That actually makes sense considering that the wedding took place at 7 a.m. and there was no prenuptial agreement. After the annulment was filed, they briefly reconciled, but married life wasn’t as blissful as they hoped, so Carmen filed for divorce in March 1999.

Dennis Hopper and Michelle Phillips were married for eight days in 1970. According to him, the first seven days were great and the eighth was when things got bad. She claims that it was his unnatural sexual demands that doomed the union. Rumors have persisted over the years that he had tried to handcuff her to prevent her from leaving. His response? “I didn’t handcuff her. I just punched her out.” On that note, we can see why the marriage ended so quickly.

In 2004, Britney Spears married Jason Alexander in an early morning ceremony in Las Vegas. According to the owner of the chapel where they were married, she thought the young couple was genuinely in love and that the marriage “would last forever.” She couldn’t have been more wrong. Fifty-five hours later, the marriage was annulled. In an interview with Matt Lawyer, Britney claimed that she was “being silly, being rebellious, and not really taking the responsibility of what [she] was doing.”