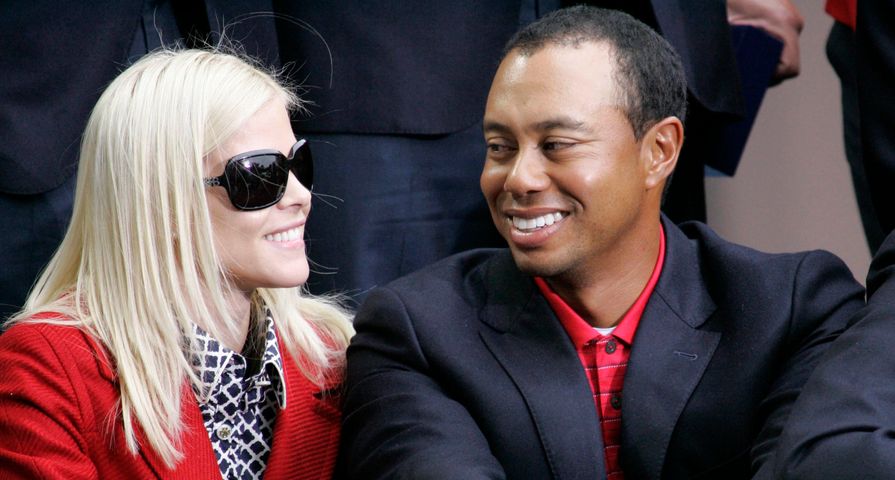 “Divorce” is not an uncommon word in the world of celebrity culture; however, some marriages mean more to fans than others. Ugly divorces bring out the worst in people, and celebrities are not immune. We’re counting down the list of the top 10 celebrity careers ruined by divorce to show that second…or third chances aren’t always what they’re cracked up to be.

The late and great Michael Jackson baffled fans with his wacky antics and bizarre physical transformation, and his two brief marriages didn’t help to give him any credibility. In 1994, the King of Pop made headlines by marrying the King of Rock’s daughter, Lisa Marie Presley, in a secret Dominican wedding, while simultaneously battling the first accusation of sexual abuse of a 13-year-old boy. Jackson settled the molestation charge in a civil suit, and his marriage ended after only two years in 1996. In the same year of his divorce, MJ married his long-time friend, Deborah Jeanne Rowe, when she was six months pregnant. The couple divorced in 1999, but not before having two children together, Michael Joseph “Prince” Jackson, Jr., and Paris Michael Katherine Jackson. Jackson’s brief stint as a husband to two unlikely partners only helped to lend credibility to the endearing nickname “Wacko-Jacko.”

Heidi Klum and Seal appeared to have a strong marriage. They were together for seven years, had four children together, and renewed their vows every year. Fans were surprised when the two announced their split in 2012. Heidi cited Seal’s terrifying temper as the reason for the break, but Seal fired back, suggesting that it was Heidi’s infidelity with her bodyguard, Martin Kirsten, that caused the split. Heidi’s 18 month relationship with Martin post-breakup from Seal, did nothing to squander the rumors.

Mel Gibson and Russian pianist Oskana Grigorieva went through a very public breakup that left Mel a laughing stalk. Gibson came to fame for Mad Max and Braveheart and had an acclaimed Hollywood career, albeit littered with hiccups. This all came crashing down as phone calls made by Gibson to his ex-girlfriend over a custody battle for daughter Lucia, were made public. The phone calls contained racial slurs and death threats, all as a follow up to his 2006 DUI rant against the Jews and their responsibility “for every war in the world.” This behavior and these infamous calls solidified Gibson’s coo-coo for Cocoa Puffs and made his insanity legendary.

The reality TV celebs, Jon and Kate, seemingly had it made on their series Jon & Kate Plus 8, but after allegations of Jon’s infidelity and Kate’s insanity came to light, the two split after recording five seasons of the show. After a series of tabloid exploits, Jon returned to a relatively normal existence as a DJ, while Kate has continued to grasp at her fifteen minutes by appearing on reality classics Dancing With the Stars, Celebrity Apprentice, and signing on for additional seasons of the now titled show Kate Plus 8, despite Jon’s longing to move the kids out of the limelight.

While Nicole Kidman remains a Hollywood darling, we can’t exactly say the same for her ex-hubby, Tom Cruise. During their relationship, Cruise distanced himself from the Church of Scientology, but upon their split, Tommy Boy became their most vocal supporter. With Cruise’s eccentric religious beliefs, his outlandish behavior on Oprah, jumping on the couch declaring his new love in a questionably legit relationship with Katie Homes, and ranting about Brooke Shields, Cruise single-handedly undid years of PR genius and tipped the public off to the idea that some screws may be coming loose. Cruise may be tightening them this year with the release of Mission: Impossible—Rogue Nation, but his decade in decline is renowned!

High school sweethearts, Robin Thicke and wife, actress Paula Patton, split after pictures surfaced of Thicke walking some blurred lines by cozying up with some lady friends. Between the pics and the inappropriate performance with Miley Cyrus at the 2013 VMAs, in which the pop star stroked Thicke’s crotch, it’s plain to say that Thicke lost some fans. In a last stich effort to win back Patton, Thicke named his entire album after her, Paula. The album flopped though, only selling 530 copies in the UK. Since Blurred Lines was a hit and was then hit with a lawsuit for ripping off a Marvin Gaye song, Thicke’s star has burst and he is no longer in the spotlight.

While these two are still married, it’s how they came to be a couple that lands them on this list. The pair made no fans when they began their romance — they were both married to other people. The two met while working on a Lifetime movie together and despite their relationship status on Facebook, decided to pursue a relationship. This ultimately required each of them to get a divorce from their respective partners. A feud was sparked between Cibrian’s ex-wife, Brandi Glanville, and the “home wrecking” Rimes that has played out before our very eyes on the ever-public social media forum Twitter. LeAnn’s choices have lost the once squeaky-clean performer some fans. Her most recent album only reached the 30th spot on the charts. Wah-wah.

It shouldn’t have come as a surprise to Kris Humphries that a (failed) marriage to a Kardashian may have some kind of fallout. The never ending brigade of paparazzi and limelight that follows Kim, would ultimately take its toll on the career of the NBA player. The couple were married a total of 72 days, but sports fans had a lot of jeering to do when Kris took his spot on the court, which ultimately led the basketball player to be traded  from the New Jersey/Brooklyn Nets to the Boston Celtics, and then again to the Washington Wizards. He’s become the nerdy kid that gets picked last. Yikes!

Britney Spears began her downward spiral when she married Jason Alexander for a whopping 55 hours. The bubble gum-chewing Spears grew up with Jason in Kentwood, La., and the two tag-teamed Las Vegas for New Years 2004 in a type of reunion. In an inebriated state the two agreed to tie-the-knot, but their marital bliss was cut short when the word got out. The marriage was quickly annulled and Jason was forced to fly coach back to Louisiana. Then oops, she did it again…after three months of dating, Spears became engaged to Kevin Federline that same year. After their 2006 divorce, Spears completely lost it, checking herself into a rehab facility, shortly thereafter checking out of said rehab facility, and shaving her head bald. She has recovered with a sold-out residency in Las Vegas, but her career will always be looked back on with the glaring mark of the 2007 breakdown.

Tiger Woods takes the number one spot on our list as making the greatest fall from grace in his divorce from Elin Nordegren. Speculation first surfaced about the golfer’s infidelity in National Enquirer magazine. Two days later, Woods was frantically leaving his home and crashed into a fire hydrant, a tree, along with several hedges. He was treated for minor injuries and pulled out of tournaments as a consequence. By December 2009, a phone message left by Woods for his mistress was released by US Weekly, which inspired more than a dozen women to come forward claiming to have had relationships with him. As a result of his turbulent personal life, many of Wood’s sponsors ended their deals and it’s evaluated that Tiger lost between $5 billion and $12 billion, not to mention 45 days of his life supposedly spent in therapy! Now that’s an expensive divorce!