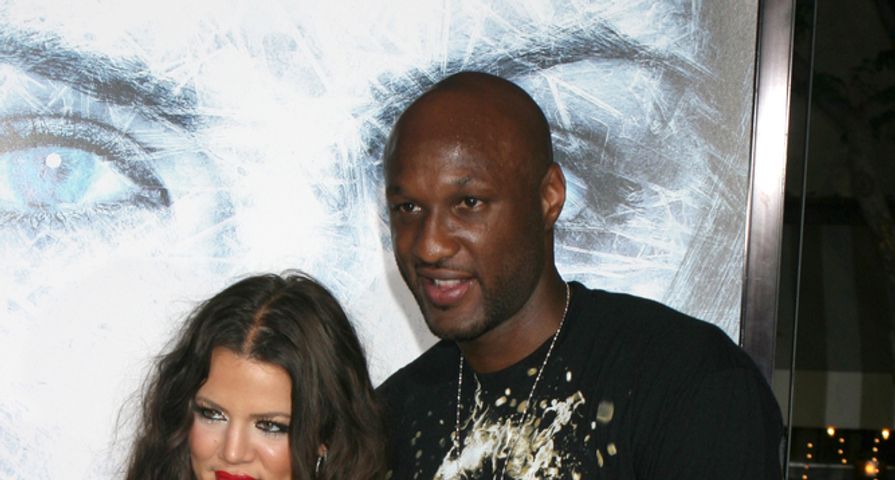 Reality television shows are like the kiss of death for celebrity relationships. Things might be fine between these couples when filming starts; however, there is no guarantee that their relationships will still be intact when the cameras stop rolling. Many celebrities have come forward blaming their reality shows for their marital problems; however, this doesn’t stop other couples from jumping on the reality television show bandwagon. We’re not sure why they do it. From what we hear, the pay isn’t all that great, but we’re guessing the exposure is invaluable. Here are 9 couples who divorced after appearing on reality TV shows!

Jessica Simpson and Nick Lachey became household names when they let MTV into their home to document their first year of marriage on their very own reality TV show, “Nick & Jessica: Newlyweds.” People instantly fell in love with them. She played the dumb blond to perfection and he took on the role of the patient husband. The show ended up lasting three seasons, which was pretty much the exact length of their marriage. Almost eight months after the last episode aired, Simpson filed for divorced.

According to Lachey, his reality show with Simpson definitely played a part in the breakdown of their marriage. “Jessica and I began playing these parts even when we were by ourselves. It became a really blurred line. There was a question about what truly was our reality. When you are on a reality show, your life ceases to be reality. It becomes TV,” he told USA Today.

Shanna Moakler and Travis Barker documented their marriage on the reality TV show, “Meet the Barkers.” The show covered their wedding and the birth of their two children, as well as their day-to-day life. It only lasted two seasons. Shortly after filming ended, Barker filed for divorce and these two began duking it out on their MySpace blogs. After divorcing and getting back together a handful of times, these two have not found a way to make things work.

Moakler and Barker have never said that their reality TV show was the reason for their split; however, they have both accused the other of being unfaithful. According to a source close to the former couple, the relationship ended for good in 2009 because she had been unfaithful. Barker had been in a plane crash and, while he was recovering in the hospital, she was reportedly having an affair with Gerard Butler. We don’t expect these two to get back together ever again, but you never know!

Reality TV did a little more than ruin Russell and Taylor Armstrong’s marriage – it ruined his life. According to his friend, photographer Tom Vickers, Russell was struggling to cope with the pressures of fame in the days leading up to his suicide. He had also told his friend that reality television had ruined his life. Taylor had recently filed for divorce and had also accused Russell of physically abusing her.

In his last interview before his death, the “Real Housewives of Beverly Hills” star spoke to Rumorfix about how difficult he found it living with his new fame and how it contributed to the breakdown of his marriage. “The pressure of being in the TV spotlight was pretty overwhelming. It took our manageable problems and made them worse. We are very supportive of each other and love each other. I will support her as best I can moving forward. This is a devastating time. We had a wonderful marriage and I don’t want you to get the impression that Taylor and I are bitter enemies – we’re not. We have a beautiful five-year-old daughter who we both love,” Russell said.

Mama June and Papa Bear rose to fame thanks to their reality TV show “Here Comes Honey Boo Boo.” These two had been together for years prior to landing the show and even had a recommitment ceremony last year. According to Mama June, these two recently decided to take a break to figure some things out. “Sugar Bear and I have decided to take some time apart to figure out some things in our relationship,” she said in a statement. “We are taking things day by day, but regardless of what happens, the girls will always be our number one priority. We want to thank y’all for your support.”

Sources say that these two are taking a break; however, many say that the split is because Mama June allegedly found that Sugar Bear had dating profiles online. Since they separated, scandal has followed them everywhere. Mama June was reportedly dating a convicted child molester who had sexually abused her daughter, Anna.

Jon and Kate Gosselin’s marriage fell apart for the entire world to see while they were filming their reality TV show “Jon & Kate Plus Eight.” These two became household names thanks to the success of the show; however, their relationship quickly fell apart after only a few years of filming. Things got so bad between these two that Kate filed for divorce while the cameras were still rolling. Jon was reportedly partying and fooling around with a few much, much younger women and she was rumored to be getting hot and heavy with the family’s bodyguard.

Eventually Jon was kicked off the show and it was renamed “Kate Plus Eight.” He didn’t take this so well. He made things so difficult that TLC decided to cancel the series when it reached 150 episodes. We doubt Kate will ever forgive him for that. The reality show was her bread and butter. Now what is she supposed to do? Get a real job? Not likely!

Kris and Bruce Jenner were pretty solid when they first started filming their family reality TV show, “Keeping Up with the Kardashians.” However, over time this began to change and viewers could see it when they tuned in on Sundays for the show. A family friend said that Kris’ drive for power and fame is what ruined the couple’s once loving relationship. “Everything in Kris’s life is about ratings,” a source in the family’s inner circle told People magazine. “Bruce was never her priority and he was totally sick of it.”

In spite of Kris and Bruce’s marital breakdown, the cameras continue to roll over at the Jenner household. He has reportedly moved on to his estranged wife’s former best friend and she has picked herself up a younger boy toy. Who knows how real any of these new relationships are. They might just be using these people for plotlines for “Keeping Up with the Kardashians.”

Hulk and Linda Hogan decided to get a reality show (“Hogan Knows Best”) to help pay the bills and to make their children, Brooke and Nick, stars. The show ended up ruining a lot of things for the family. Their son Nick faced jail time for reckless driving and underage drinking after he was involved in a car crash that left his best friend disabled and Hulk and Linda’s marriage went belly up.

The former pro wrestler allegedly cheated on his wife with one of his daughter’s friends. Linda filed for divorce; however, she didn’t inform her husband. He found out when a reporter showed him the paperwork that she had submitted. The family’s problems were so intense that filming of their reality show was halted and then canceled. Hulk later said that he and Linda had been having marital problems for a decade before they did “Hogan Knows Best;” however, “the reality show just amplified the problems.”

Some say that Dina Eastwood’s ill-fated reality TV show “Mrs. Eastwood & Company” is what ended her marriage to Clint Eastwood. “He was deeply embarrassed that Dina was dragging his private life into a reality TV show and they started fighting over it,” a source close to the couple said. Even Dina admitted that her notoriously private husband wasn’t into the idea of her putting his children on television; however, the show went on anyway.

“Mrs. Eastwood & Company” ended up not becoming the next “Keeping Up with the Kardashians” and was canceled after one season. Around this same time, the couple who had once been so close began living separate lives. Sources say that prior to the show, there were already problems in the marriage and that having cameras around just made everything worse. Dina really should have listened to Clint when he said he didn’t want the reality show. At least then she’d still be married!

When Khloe and Kardashian first went public with their relationship on “Keeping Up with the Kardashians,” they seemed really into each other. Even though they had only dated for a month prior to the wedding, their relationship seemed far more stable than any of Khloe’s sibling’s. Not long into their marriage, they got their own reality TV show, “Khloe & Lamar.” The show ran for two seasons before they pulled the plug on it. They claimed that they chose to cancel it because of problems in Lamar’s career; however, over the course of the next year, it became clear that the marriage was falling apart.

It turns out Lamar was having multiple affairs and had a bit of a drug addiction as well. Much to everyone’s relief, Khloe ended up filing for divorce in December of 2013; however, since he has yet to respond to her filing, these two are still technically married. There are some out there who want them to reconcile; however, we think Khloe has been through enough already. She needs a better man. 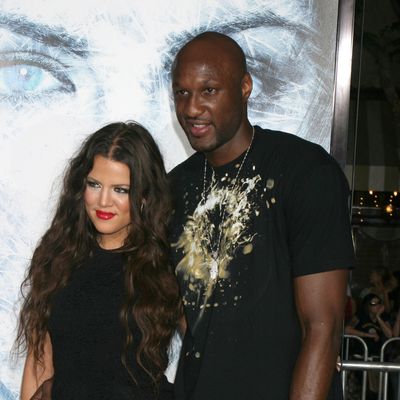