Home » Days of Our Lives » Days Of Our Lives: Unanswered Questions Every Fan Wants To Know

Days Of Our Lives: Unanswered Questions Every Fan Wants To Know

The interesting thing about daytime dramas is how vague storyline conclusions can be. Most times, this is to help open a door or window for a character return, a plot twist, or extend a story; however, ambiguous answers just lead to fan queries. Below are some unanswered questions every Days of Our Lives (DOOL) fan wants to know.

Sami has been back to Salem for some quick stints over the years, leaving her kids behind in California for each adventure. What’s going on with the DiMera kids, and what are they up to while she’s away? 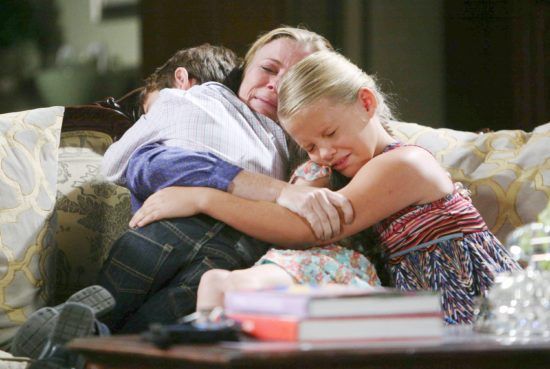 DOOL fans know there is a good chance that Vivian Alamain is still alive. She was given an injection on her neck shortly after she passed away via a gunshot wound at the hands of Kate Roberts in 2018. Later that year fans would see “V.A.” initials across a door within a warehouse that Dr. Rolf and Kristen DiMera were stashing other Salemites thought to be deceased. Did she survive the shooting, as well as the warehouse fire in the end? Only time will tell. 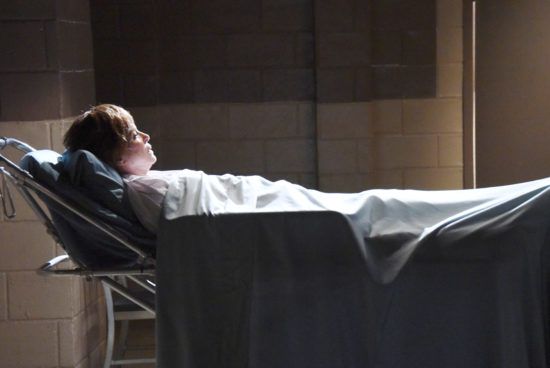 Speaking of Viv, her son Quinn made a brief appearance in Salem from 2011 to 2012. During that time, he caused a ton of chaos, but the interesting thing about him was that while fans knew his mom was Vivian, there was no mention of who his dad was. He’d leave town in 2012, and not much has been mentioned of him since. 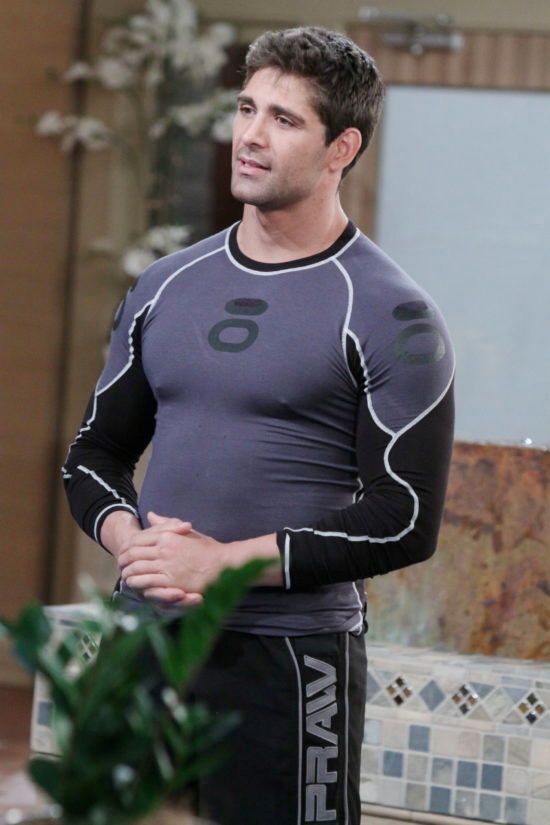 Melanie originally left town in 2015 to allow Brady, Teresa, and Tate to be a family. However, four years later and that family has been well torn apart by other circumstances and people. Having never met her little sister Holly, one would think she would have arrived back in Salem in late 2018 when the child was thought to be orphaned at that point in time? 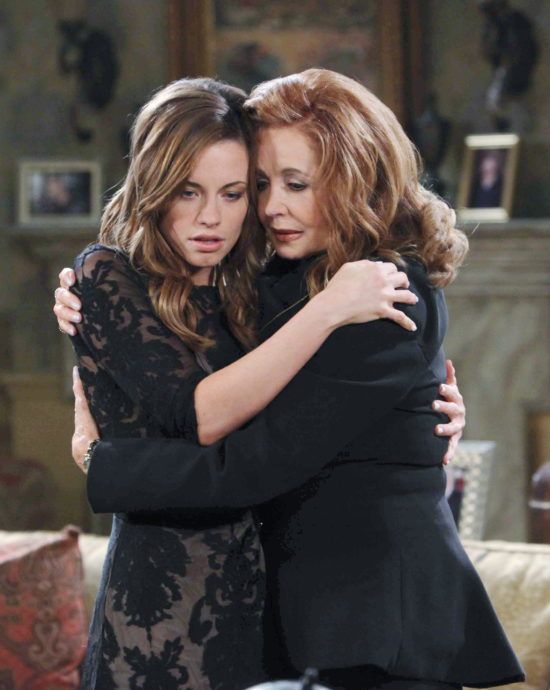 Digging into the DOOL history vault, Eugene and his “time machine” brings up a slew of questions. He was said to have left town in 1989 by simply heading to a basement and jumping into his time machine. If that is true, how come the DiMera family wasn’t more obsessed with him and this contraption? That’s right up their alley. Plus, why did Calliope tell Salem friends during a 2006 visit to the little town that Eugene was nice and well living it up in New York? 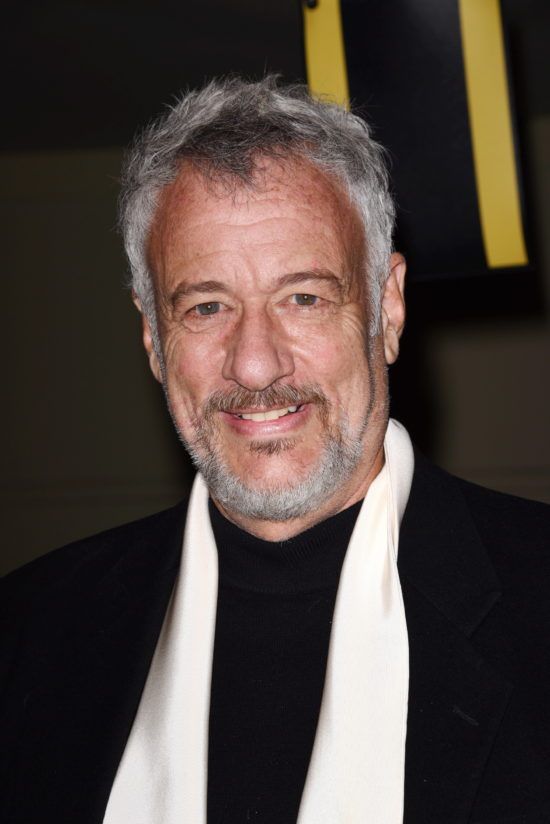 7. What’s Up With Mike Horton?

Mike Horton was a legendary character on DOOL for about three decades before he headed over to Israel to be with his son, Jeremy. While he did return in 2010 for Alice Horton’s funeral, there’s been very little mention of Mike or an update, which is odd considering he was an extremely popular character over the years. 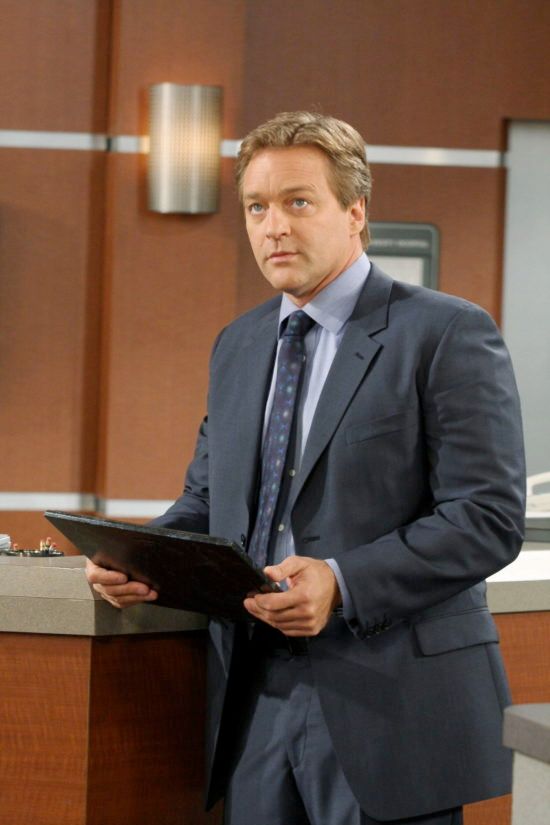 6. Whatever Happened To “Pocket” Kiriakis?

It’s odd to think that Philip Kiriakis’ only son is out there, somewhere, with zero ties to his dad, or his powerful and rich family. Those who may recall, Tyler, affectionately nicknamed “Pocket” by Patch and Kayla who fostered him for a bit, came to be when Philip’s sperm was accidentally fertilized to Mimi Lockhart’s egg. The two thought the fetus was terminated; however, Bonnie ensured that it went through and bribed their surrogate to have the child. Once Philip realized that baby Tyler was his, he also realized he was not ready to be a father, and signed his rights to the child over to the baby’s then-foster parents, Mr. and Mrs. Wilkens. Wonder when “Pocket” will pop back into Salem for a piece of that Kiriakis fortune? 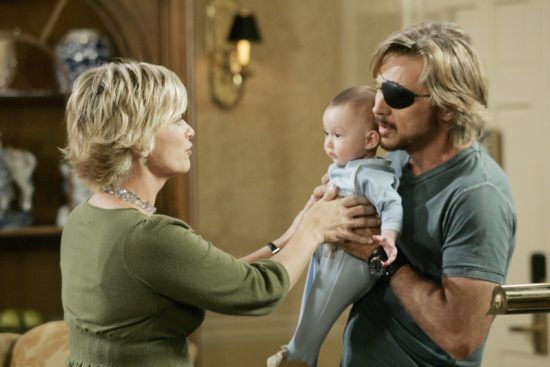 5. Did Peter Blake Ever Make It Out Of Prison?

Kirsten DiMera is all over the place in current storylines; however, it has been a long while since anyone has heard from her brother Peter Blake. He was hauled off to prison in 1998; however, daddy Stefano was able to get him into a white-collar facility and it was said that he’d be up for parole in some years. That was decades ago… so what has he been up to all this time? 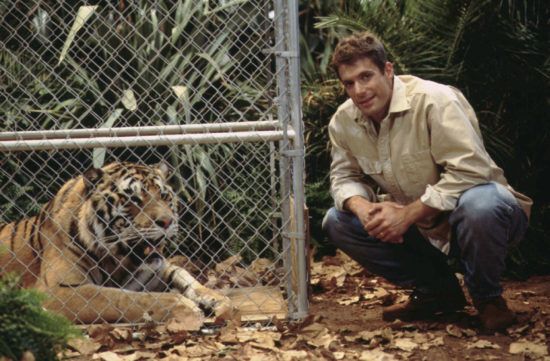 4. Why Hasn’t Brandon Reached Out To Abe?

Between the passing of his wife Lexi, to his son Theo being shot and shipped off to a South African rehab facility to learning he has another daughter, Abe Carver has been through a lot these past few years. Despite this, his son Brandon has refrained from reaching out all this time. Where is Brandon, and why hasn’t he come back to Salem? 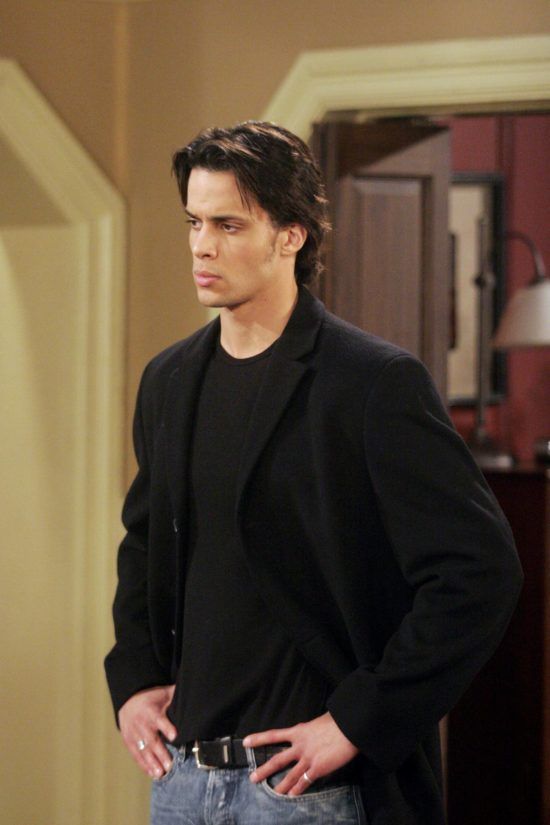 DOOL fans all learned earlier this year that Diana Cooper had been lying to Leo and John Black about her son’s true paternity, which devastated poor Stark in the end. Both characters would exit the show, leaving the unanswered question around who Leo’s dad really is. Maybe we will never know. 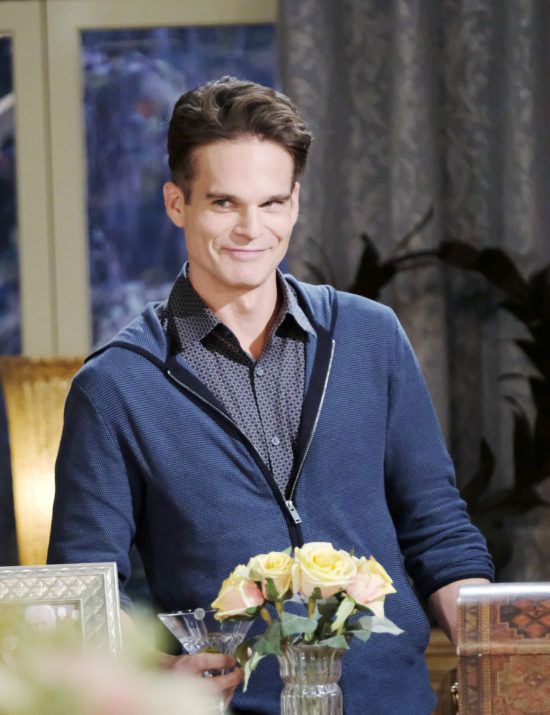 2. What Was At That Mailbox?

Don Craig was a major DOOL player in the early ‘70s and ‘80s. He was married to Marlena Evans and Julie Williams at one point, and had a fling with Maggie Horton. In 1985, Craig went to grab the mail, and no one has heard from him since. What did he find at that mailbox, and where did he disappear to? Maybe Eugene grabbed him from his time travel machine. 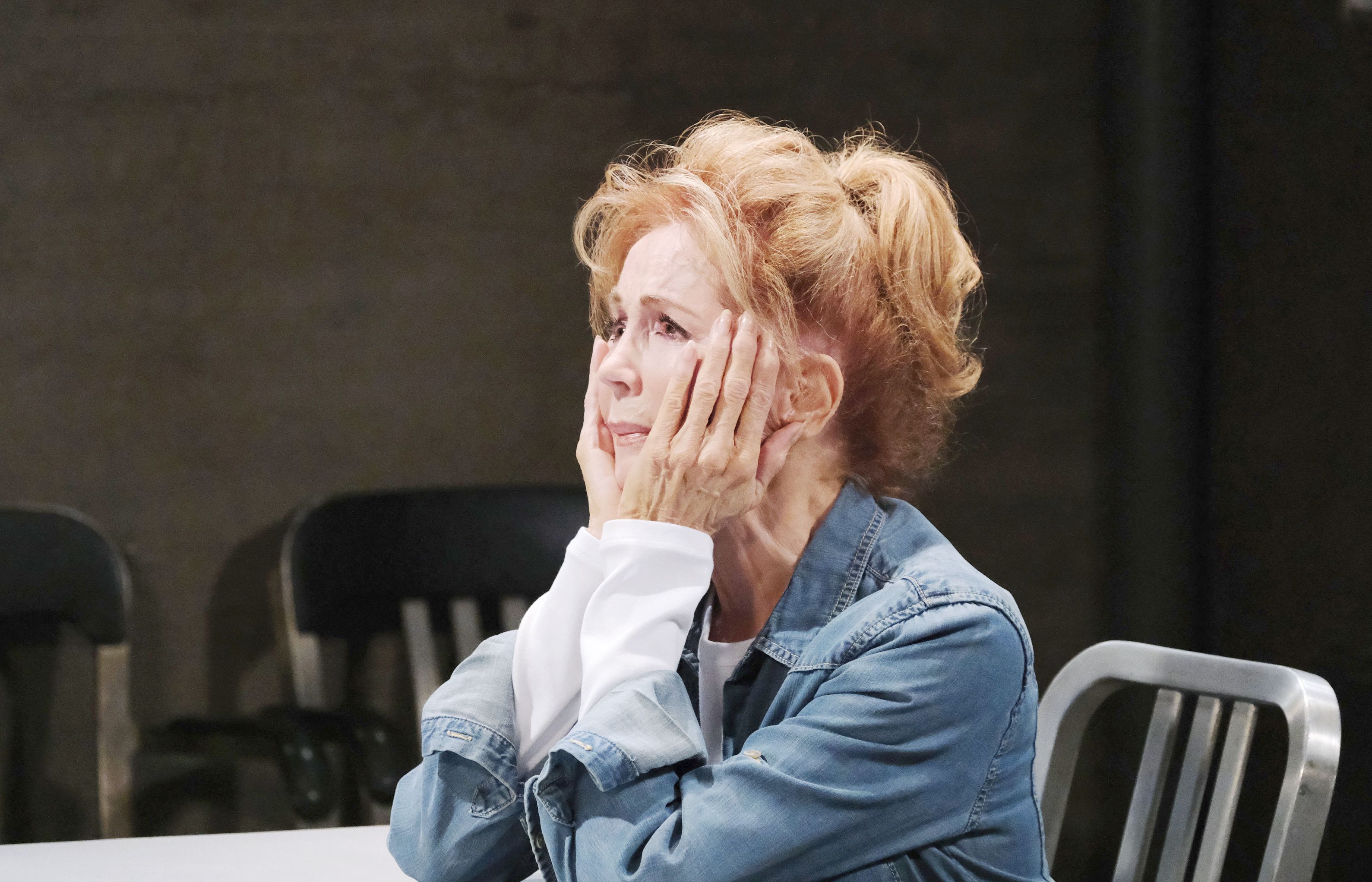 While Shane had been parading around as Stefano in 2017 to help get Hope off on murder charges, when a photo popped up of DiMera feeding pigeons in a park popped up later that year, a new door was opened as to whether or not the Phoenix once again slipped through the cracks and was able to escape passing away. This question may remain unanswered and offers a wonderful end to an incredible legacy around the character, and the actor who played him, the late and great Joseph Mascolo. 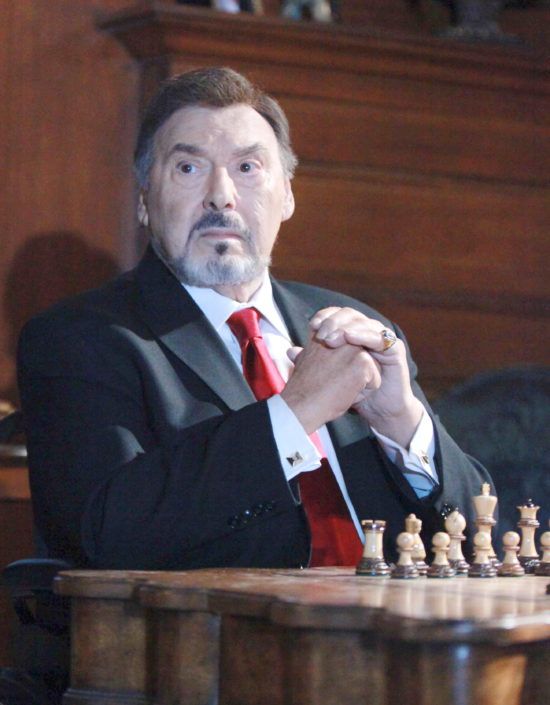