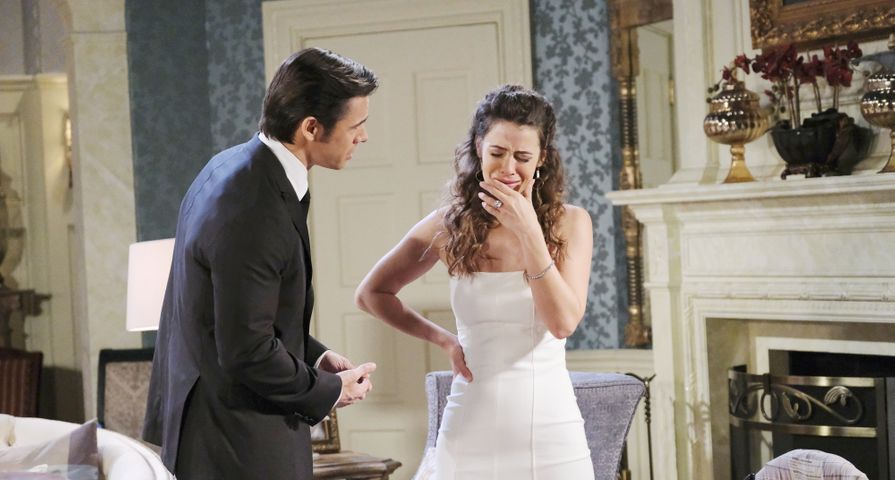 Calling all Days of Our Lives (DOOL) fans! Wonder what is on tap for the next week? Steve will make an unexpected decision, while Rafe is taken aback by Zoey, and a character makes a surprising return! Learn about these storylines and others in the DOOL spoilers for the week of April 20, 2020.

9. Brace Yourselves For Stefan!

For any fans that happen to follow actor Brandon Barash (Stefan DiMera) on Instagram, then you may already know that he left a pretty cool post recently, stating he’d be back in the land of Salem on Thursday, April 23rd. In fact, he sang a little song about it that he wrote himself! Will DiMera come back in ghost format or is he live? Hard to say at this point! In other related Days spoilers, actor Remington Hoffman will reprise his Li Shin role (from DOOL’s digital series Chad and Abby in Paris) on Wednesday, April 22nd. As the son of the DiMera board member Mr. Shin, he’s sure to add an interesting layer to things. Does this mean that Chabby maybe be Paris-bound?

Maybe a plot twist is on the horizon with Li Shin? DOOL spoilers suggest that Gabi and Chad’s bad blood will continue to boil in the coming days, and with the two constantly battling over DiMera Enterprises, this may hit a fever pitch next week. Teasers do note that Tony will side with Chad, so he will have that in his favor as he continues to fight against Gabi.

According to DOOL spoilers, Steve will make an unexpected decision this week when it comes to Kayla. Does he decide to leave her alone, or pursue a reunion? Perhaps his big announcement is that he decides to leave town altogether? Either way, Kayla will be taken aback from what Steve tells her.

Speaking of Steve, it seems as if he and Hope may have a bonding session in the coming days. As per DOOL spoilers, they’ll share their “microchipped” experiences as they hang out together, and their friendship will deepen. Could we see a romance brewing for these two? They could make a cute couple!

Across town, DOOL spoilers indicate that Rafe will be thrown this week when lawyer Zoey states she’s decided to sue for custody of David. Rafe has been through a lot with that little boy, and he’ll fight for him, every inch of the way. But, can Zoey really succeed with this plan?

As most DOOL fans know by now, Sarah has taken off with Mickey in light of learning that she isn’t her biological mom. Sadly, this means that Brady and Kristen will have to wait that much longer to bond with their baby. DOOL spoilers hint that the couple, along with Nicole and Eric, will be waiting to hear from Sarah this week, so here’s hoping she changes her tune and returns Mickey to her rightful parents.

Kiriakis better watch his back! DOOL spoilers state that Kristen will attack Victor this week. She’ll probably learn his role in the baby swap and turn on him, rightfully so; however, here’s hoping she doesn’t cross a line. The last place she wants to end up at this point in time is in jail!

While everyone waits to hear from Sarah, DOOL spoilers indicate that she will struggle with her sanity this week. Sarah has been through a lot with Mickey, from the child’s medical crisis to simply raising the baby as her own. She has to be reeling from this news, and anyone can understand that this could take a toll on her mental health. With that said, here’s hoping she makes the right choice when all is said and done.

Rounding out DOOL teasers for the week, Kate will decide to apply for a job with Abe, but will he consider her application due to her past? Lastly, Ben will have an unexpected encounter with someone … could this have to do with Clyde, or will Ciara be in danger?