Days Of Our Lives: Spoilers For August 2019 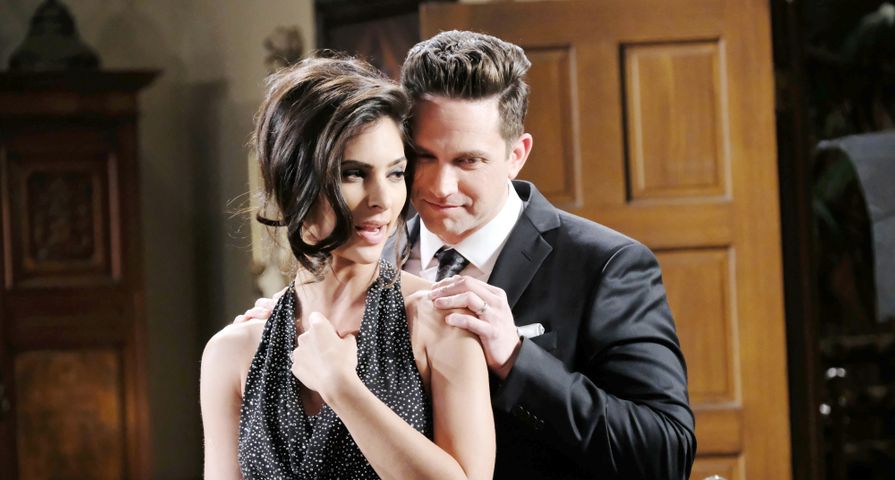 It’s hard to believe that summer is half over, but don’t fret Days of Our Lives (DOOL) fans! There’s still plenty of drama ready to unfold in the month of August. From a bunch of character returns to an unlikely hook up to some character exits, the land of Salem will offer some exciting stuff this coming month. Learn about the more fun things to come in the crazy and shocking DOOL spoilers in August 2019.

Let’s get right into the August spoiler fun with news of a character return. Tony DiMera is officially back in the fold, so it’s no surprise that Anna is not too far behind. Actress Leann Hunley reprises her infamous DOOL role this month on Thursday, August 8th. She may do everything in her power to win Tony’s love back. 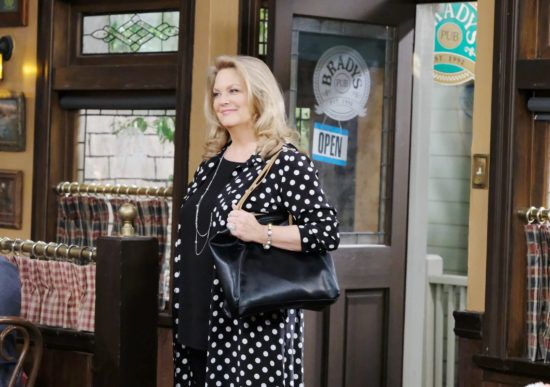 Days spoilers for August indicate that disaster strikes when Ted decides to confront Kristen and Tony. As the days (pun intended) go by, Kristen will be frantic to destroy evidence that is incriminating; could this evidence have to do with Ted’s murder? Teasers also suggest that later on in August, Hope will discover something shocking. 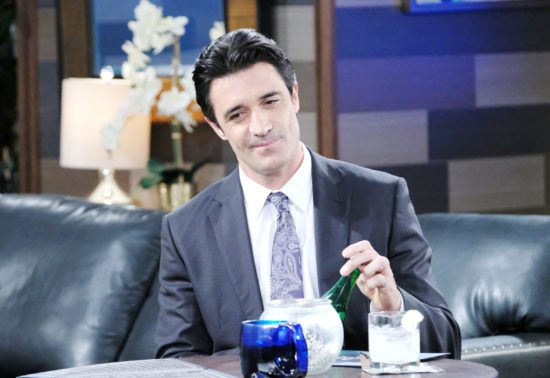 DOOL spoilers indicate that Hope will keep digging around, and will corner Kate at some point in August for the truth. But, will Kate offer up any information? In other related teasers, Kate will faint when she sees someone familiar. She hasn’t run into Tony as of yet, and the shock of seeing (who she will think is) Andre may cause her to blackout. 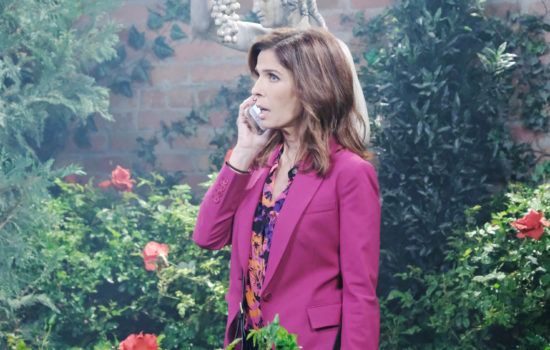 DOOL spoilers reveal that Sarah will finally tell Rex the truth about Eric, and her feelings for him. Having said that, it will come in the form of a slip up, where she’ll blurt out Eric’s name instead of Rex’s during a tender moment. Does this mean that fans may finally see Eric and Sarah come together? 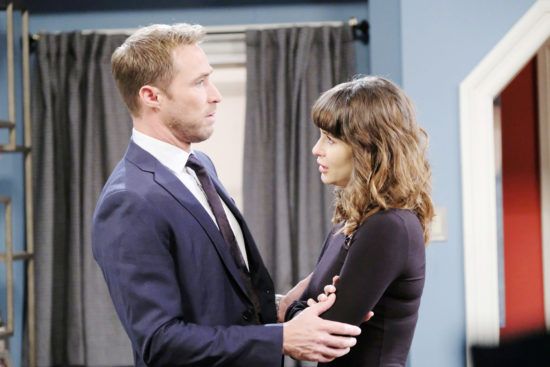 Thanks to Sarah’s “slip up” and confession to Rex, the couple will break up. Sarah will hope for a fresh start and turn to Eric, but do these two have a chance? Until “Nicole’s” true identity is revealed, it may be hard for Eric to move forward with anyone else. Plus, Xander may also be an obstacle for them. 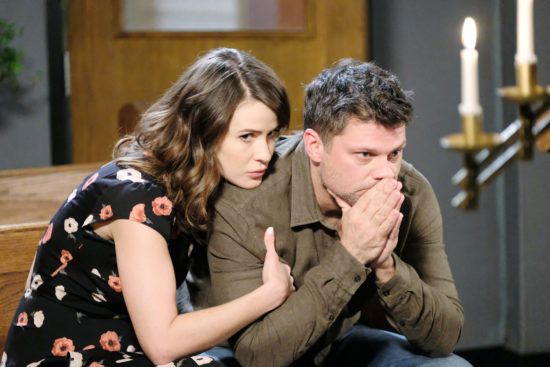 One person who won’t be an obstacle for Sarah and Eric is Rex. In fact, DOOL spoilers suggest that Rex will be leaving Salem in August, shortly after he and Sarah have their “talk.” Seems as if Rex will simply leave town, so here’s hoping he’ll return once again at some point. 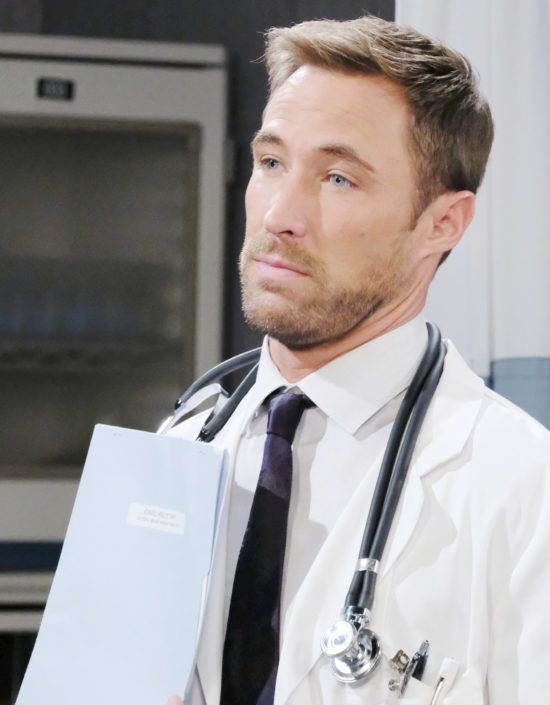 No exact air date has been revealed as of yet; however, Ben’s sister Jordan is set to make a return onscreen sometime in August. The last time she was in Salem storylines, she let her crazy show and landed in a mental health facility. Fans also learned she had a baby. What brings her back on the canvas this time around? Could we finally find out who David’s father is? Maybe she’s set for release? 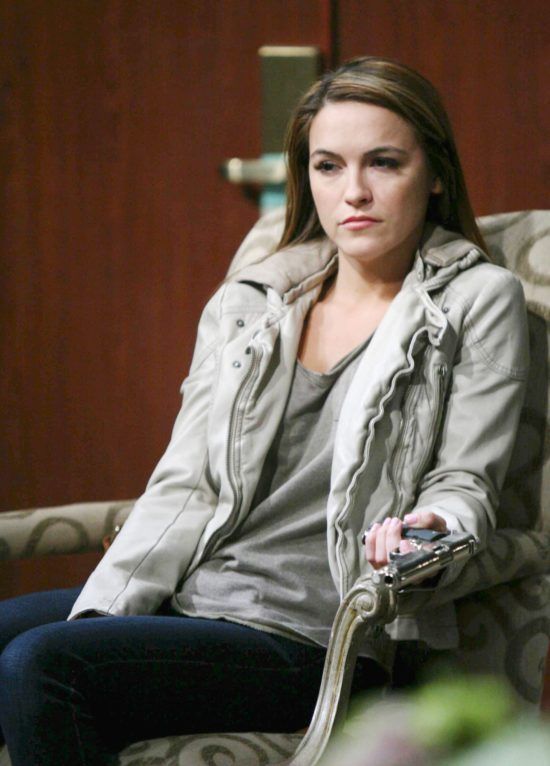 Sad news for DOOL fans who love the Tripp character. According to spoilers, he is set to exit the canvas at the end of this month, a move that is storyline dictated. Will he return or is this just a hiatus for Tripp and actor Lucas Adams? Only time will tell. 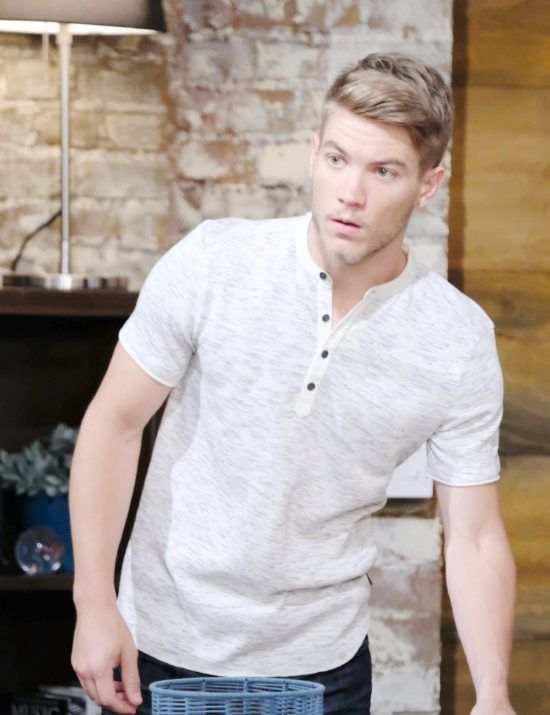 Days spoilers tease that “Nicole” will finally get what she wants as Brady will give in to her advances. Kristen’s target from a business perspective has been DiMera Enterprises and to bring down Stefan; however, from a personal standpoint she has always wanted Brady, and she’ll get him where she wants him later this month. 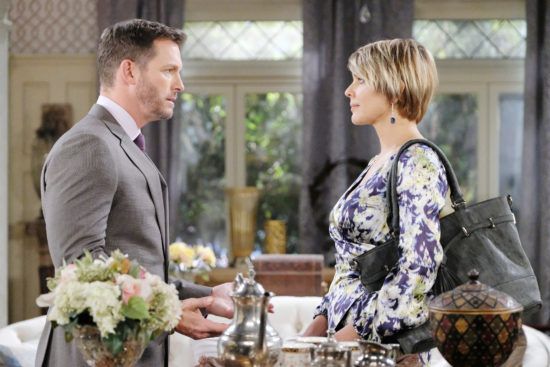 Yes, Brady will succumb to “Nicole” but DOOL spoilers also indicate that Kristen will be taken by surprise when he does so. This is an interesting teaser, as it suggests that Brady won’t be overly manipulated into their hookup, rather it may be an idea that has been brewing in his mind already. Seems as if he’ll give in to temptation. 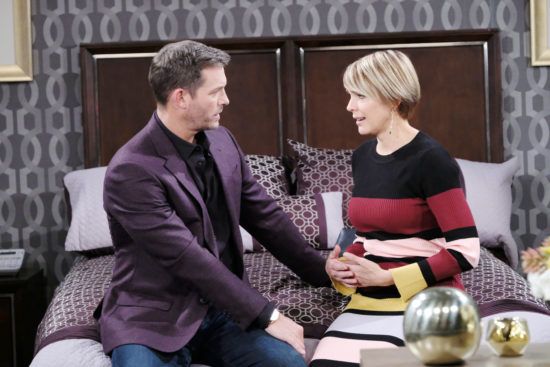 DOOL August spoilers suggest that Gabi will feel torn when it comes to Stefan. She hates him, and her plan to take over DiMera Enterprises seems to be working; however, she’s also falling in love with him as well. Stabi is a very interesting couple with a ton of chemistry right now, and this love-hate storyline is a good one. What will Gabi choose in the end? Hurting Stefan, or loving him? 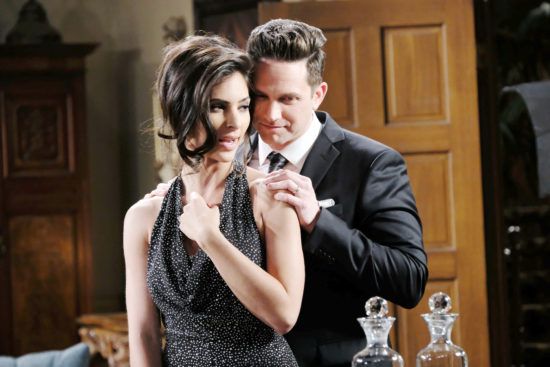 Because Gabi hates yet loves him, DOOL spoilers tease that Stefan will be left very confused by Gabi’s actions in August. He won’t be sure where he truly stands with her, and as such, his suspicions may continue to rise where he starts to put up some walls in their relationship. 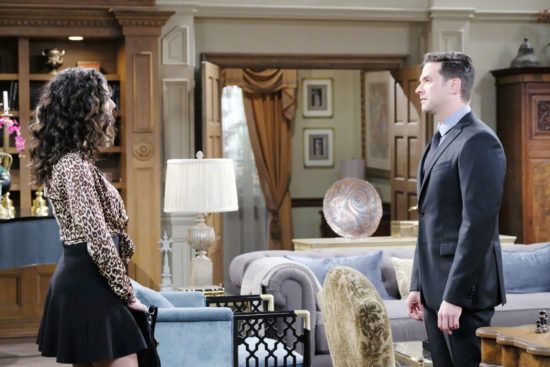