Days Of Our Lives: Spoilers For September 2018 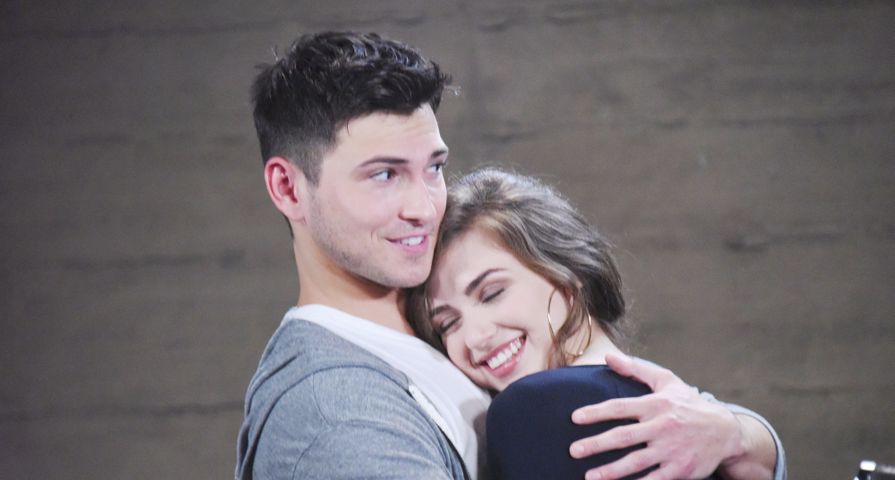 Sami and Kristen are officially back, with the Jarlena wedding ending in chaos and disaster to close up August in Salem. What’s on the horizon for Days of Our Lives (DOOL) come September? Seems like more drama, adventure, exits, and returns. Below are 12 crazy and shocking DOOL spoilers for September 2018.

Hard to believe, but iconic DOOL character Steve Johnson will officially be written off the canvas come the first week of September. Steve will be arrested for espionage, essentially leaving Salem. Unfortunately, contract negotiations went sour between Days and the actor who plays Johnson, Stephen Nichols. No word on a return, but here’s hoping Steve somehow makes his way back to DOOL at some point in the near future.

Gabi has been (secretly) unleashing a plan of revenge on so-called BFF Abigail for months now, and come September, Abby will start to have a sneaking suspicion about this. In fact, she’ll turn to brother J.J. and confide in him about this, as she starts to believe that Gabi is purposely out to get her. Fans can also expect a catfight between these two this month, as these BFFs turn into mortal enemies.

Abby should keep watching her back, as Gabi truly is out to get her and ruin her relationship with Chad. She’s already switched paternity results, making it seem as if Abby’s baby is Stefan’s when it’s in fact Chad’s, and come September, she’ll start to lay it on really thick. She’ll try and convince Chad to end his marriage with Abby. Will she succeed? Only time will tell.

DOOL fans need to gear up for a huge family reunion come September, as spoilers hint that Kristen will finally meet brother (from another mother, but the same father), Stefan. The proverbial poop should hit the fan when these two finally come together, or perhaps a new DiMera alliance will form. Only time will tell.

8. Relationship On The Rocks

Now that Sami is back in town, she’ll serve as a constant reminder of the one-night stand she shared with Rafe to Hope. Hope will be wrought with jealousy, as such. DOOL spoilers indicate that fans should expect super couple Rope to deal with a ton of difficulties come September, as their relationship will be under a tremendous amount of stress.

Days’ fans need to brace themselves, as a member of the Horton clan is set for a return! Sarah Horton will make a comeback come September, as actress Linsey Godfrey (previous ex Caroline from the Bold and the Beautiful), steps into the role. For those DOOL fans who may recall, Sarah is Maggie and Mickey’s daughter with her bio dad being Neil Curtis.

DOOL fans need to hold on to their hats, as spoilers indicate that Marlena will literally be fighting for her life at the beginning of September. As if getting shot during her wedding wasn’t disastrous enough, the character and family will be bracing themselves for an uphill battle when it comes to her health.

Good news on the horizon for fans of Ben. It seems that come September, DOOL spoilers indicate that Shawn and Belle will gain some peace over the idea of the former serial killer living with their daughter Claire, as well as other roomies Ciara and Tripp. If Ben could win Shelle over, maybe he has a chance in Salem.

It seems that Bonnie will stun Lucas with something come September, dropping a bomb of some sorts on Horton. They did have that encounter earlier this year, so the news she gives him may be related to that incident, or something else. You never know with Bonnie, so DOOL fans will have to stay tuned to see what she shocks Lucas with.

DOOL fans of actress Tionne Watkins, also known to some as T-Boz, will be happy to learn that she has returned to the set as of late and will be reprising her role as Sheila come September. Tune your PVRs to September 13th, as that is the day released for her comeback.

2. Will Tells Paul The Truth

Days fans know that Will’s memory has officially returned thanks to all the triggers that popped during the Jarlena wedding; however, the young Horton has yet to reveal that to boyfriend Paul. DOOL spoilers indicate he will let Paul know come September, and in turn, Paul will have some interesting news for Will.

Speaking of Will, while he does now remember his love affair with Sonny, he will undoubtedly have a huge decision on his hands: does he pursue a relationship with Paul or reunite with Sonny. Seems like he might be leaning towards Sonny; however, fans of WilSon need to refrain from reunion celebrations. DOOL spoilers indicate that the super couple will hit an obstacle come September.