Days of Our Lives Character Exits No One Saw Coming 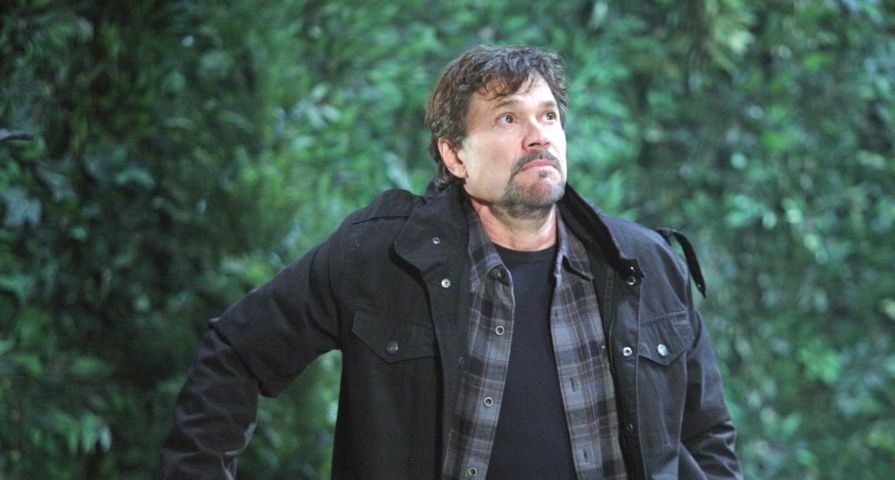 One of the best parts of soap operas is their ability to shock viewers. This can come in the form of adventure, new romances, and even character exits. Days of Our Lives (DOOL) has a nice history around their larger-than-life personalities bidding adieu to the land of Salem, and below are some of the best character exits that most fans didn’t see coming.

He’s back in the land of the living, but there was a time when Days fans were floored over Horton’s DOOL exit. There was a serial killer out on the loose in Salem, circa 2015, and when Will became his next victim, fans were shocked and outraged. Luckily for Horton, DOOL writers thought of a pretty nifty way to bring him back, and he is now once again a significant part of the show.

Digging into the DOOL history vault comes a shocking Steve Johnson exit in 1990. Things looked bad back then when Steve landed in the hospital due to a boating explosion. While it seemed as if he would pull through under doctor’s care, Lawrence Alamain snuck into his room and poisoned his IV, causing Steve to die.

Alas, no one is truly ever “dead” in the land of daytime drama and Steve would make a huge return to the show some 16 years later. Having said that, DOOL would shock viewers once again with a storyline that saw Johnson get arrested for espionage, off-screen. Steve was written out of storylines, something most fans didn’t expect considering he was wrapped up in an interesting arc that involved Stefan DiMera, and his better half Kayla is still on the show.

More recently, Diana Cooper made a return to Salem, looking a little different than fans remembered her. Originally played by actress Genie Francis years ago, Judith Chapman was recast in the role and did a fantastic job evolving the part into a plotting schemer. Alas, her work in Salem would be short-lived, and as quickly as Cooper returned to the DOOL, she exited after her lies and deception were exposed, much to some fans’ dismay. Shocking to say the least, as she was only on the show for mere months and it seemed as if she would be in Salem for a tad longer.

Speaking of, Leo’s recent exit was shocking too. He left Salem because of his mom (see above), which was highly unexpected. While Stark was a villain by all accounts, he was also very entertaining. Once it was exposed that Leo was not, in fact, John Black’s son, a storyline that really should’ve stretched for a bit more, Stark and Cooper were gone.

The comeback is far better than the setback, and DOOL fans are currently loving the return of Jack Deveraux. Sadly, this wasn’t always the case, as audiences were shocked in 2012 when Jack died suddenly in an elevator crash, where he placed his life at risk in order to save his daughter Abigail.

While on the topic of Abby, her recent reunion with Chad had Chabby fans grinning from ear-to-ear. No viewer wants to see their favorite super couple leave a show, but at least they were sent off in a happily-ever-after fashion. For those who read Internet spoilers, Abigail was set to leave Salem during the time she headed out of town; however, the actor who played Chad DiMera, Billy Flynn, was reportedly supposed to stay with the show for another month or so. They left (together) on a good note, but some DOOL fans were (happily) surprised with the quickie Chabby reunion, the wedding, and Salem sendoff.

She’s set to return to the land of Salem too, and soon; however, Nicole’s recent exit from the show was shocking and unexpected to say the least. While those who do indulge in spoilers knew her last run with the soap was supposed to be a short one, having her die in a fire, and leaving her little girl Holly behind was both shocking and sad.

5 Days Of Lives Spoilers For The Week (August 14)

Seeing Holly as an orphan was heartbreaking. She knew her mom, but never knowing her dad just makes this little girl’s story resemble a Greek tragedy. Surprisingly, Daniel passed away in early 2017 after he was killed in a drunk driving accident, ironically at the hands of Eric. In another weird twist of fate, his heart ended up saving Brady’s life, who was also hurt in the incident.

Anjelica is someone who has drifted in and out of storylines over the years, and made a big return 2017; however, it was also very short-lived. Legendary actress Morgan Fairchild was recast in the role, and the character was involved in a storyline that only lasted three months before she too passed away unexpectedly.

Simply put, Bo Brady is one of the most iconic characters in DOOL history. Days fans were beyond thrilled when it was revealed that Bo would be returning to the show in 2015 after a three-year absence for the soap’s 50th-anniversary special. As audiences geared up for a Bope reunion, they were horrified and shocked to learn that Bo did indeed come back, but with a brain tumor. He’d say his final goodbyes, professed his love to Hope, and then pass away.

The soap opera world still mourns the death of the legendary Joseph Mascolo, the man who brought to life the evil villain Stefano DiMera. As Days has a six-month shooting schedule, they were able to film clips of Mascolo prior to his passing to air one final storyline around DiMera. In an interesting turn of events, Stefano was once again able to exit Salem without getting nabbed for the crimes he committed, a stellar way for DiMera to end his DOOL story and honor this iconic soap character.