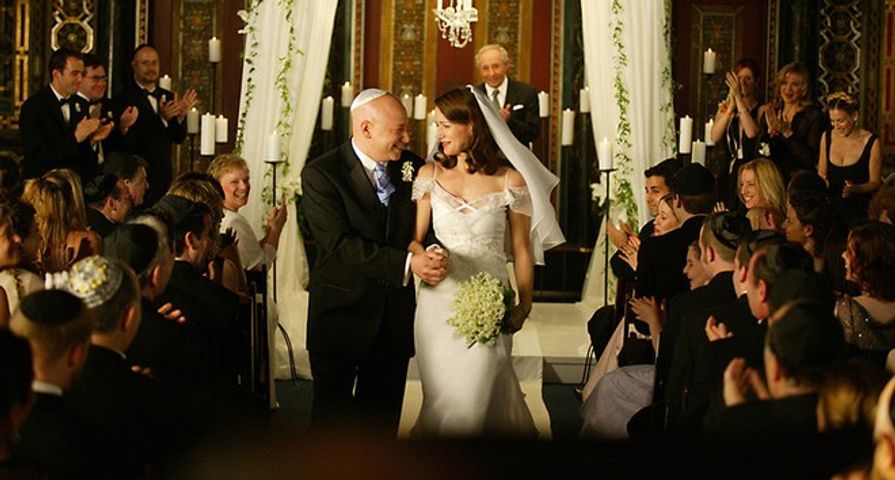 HBO’s Sex and the City was a widely popular show during its run from 1998 to 2004 and through syndication continues to be talked about among fans. Starring Sarah Jessica Parker, Kim Cattrall, Cynthia Nixon and Kristin Davis, the show tackled many taboo topics around relationships and love as it followed a group of four friends living in New York City. There were no shortage of boyfriends for any of the ladies, even Upper East Side’s prim and proper Charlotte York! Here’s a ranking of Charlotte’s 13 love interests from worst to best!

Wylie Ford was definitely one of the biggest losers Charlotte ever dated. Luckily their relationship didn’t last long — it never went past the first ‘date.’ She met him when he came into her art gallery and she was so star struck when he asked her out on a date that she closed down the gallery for the day and left with him! It was clear he wasn’t a great guy and wasn’t even really interested in anything other than getting her into bed, but because she was so starry eyed she didn’t care. It wasn’t until they went to a bar with him and his friends and he started acting even more vulgar that she finally walked away!

This guy was the ultimate scam artist. He went around New York City using his widow status to sleep with women! When she first met Ned he made it seem like he was reeling from the death of his wife and that he was this very sad, sensitive guy. She felt bad for him and was attracted to him based on the fact that he’d already been married. They ended up sleeping together, but when she showed up to his wife’s grave with flowers, she noticed she wasn’t the only woman there to comfort him. He’d been sleeping with the whole city!

Mitch Sailer is etched into our heads because of how creepy of a character he was. The scene where he erotically ate a peach is forever etched into our brain. He lands high on this list for obvious reasons, but mainly because it was clear he and Charlotte were not the real deal. She had a lot of fun hanging out with him and definitely enjoyed herself, but he wasn’t exactly the marrying type that she was looking for in the long run.

Charlotte met Martin Healey at her friend Madeline’s wedding. He was the best man and she was the maid of honor. It seemed like fate that they were both single and set up alongside each other! They hit it off quickly and even end up sleeping together while setting up the newlywed’s suite, but when they head down to the dance floor afterwards things take an awkward turn. Martin’s dad ends up groping her on the dance floor and when she tells Martin about it he responds with, “My father wouldn’t just [do that] because some girl is wearing a slutty dress!” Ouch!

In the episode “Old Dogs, New D-cks” in season 2 Charlotte is dating a restaurant critic named Mike. Things are going well until she finds out he “looks like a sharpei below the belt,” and to her surprise he decides to undergo the surgery. She sticks by his side through it all because she thinks he did it for her, but once he has it done he’s so excited to finally be free that he dumps her so he can sleep with more women! Definitely not a catch.

Poor Charlotte has the worst luck with guys! In season 3 she dates a man named Brad, who’s later labeled as “bad” because he’s such an awful kisser! It’s a shame because Charlotte really likes him and thinks if she can just have a little patience to teach him how to kiss properly it’ll be perfect. Her plan doesn’t work and she’s forced to dump him!

6. Guy Who Swears in Bed

In season 3, episode 6, Charlotte starts dating a young Republican doctor. He’s perfect on paper, a great gentleman with a good job, but when they sleep together he yells obscenities at her! When she confronts him about it he is horrified. He does his best to correct his behavior, but in the end they break up and he signs himself up for therapy. As bizarre as it is, at least he tried and showed remorse which is why he lands in the middle of this list.

It’s too bad Arthur suffered from some serious anger problems because upon first glance he was the perfect match for Charlotte. He went to an Ivy League school, knew the same people as her and he was handsome, but when they went out on a date it became clear he had a short fuse. He was constantly getting into fights with other guys!

Stephen was an odd love interest for Charlotte because the whole time she knew him she thought he was gay, so when they hung out she thought it was just as friends until he kissed her as she was leaving in a cab. This made her question his sexuality and whether she could be interested in a man that was so metrosexual. She decided to give it a shot because they got along so well, but when he started screaming like a girl after seeing a mouse while cooking, she knew she couldn’t do it.

In the episode “They Shoot Single People, Don’t They?” Charlotte and the other girls get paranoid about being single in their thirties, so they all end up jumping into relationships with men they know they won’t end up with. Charlotte turns to her friend Tom, who’s an unemployed actor. He comes over and helps her with things around her apartment and, while he’s handsome, she’s never really considered dating him until this episode. The relationship begins and ends quickly. Charlotte realizes that she’s settling while he decides to move to Salt Lake City to pursue his acting career.

Even though their marriage didn’t work out, we feel for Trey. He was a nice guy who treated Charlotte well for the most part, but he just couldn’t give her what she needed even though he wanted to. In a perfect world their relationship would have worked out, but even though they were perfect for each other in every other way and he seemed like the man she “should” be with, he wasn’t right for her. In an odd twist of events, if she’d never married Trey and gotten divorced, she would never have met Harry!

No one should be surprised to see Harry Goldenblatt in the number one spot on this list. Charlotte met Harry during her divorce from Trey at the beginning of season 5. At first she wasn’t attracted to him because he was different than the men she usually dated. He was bald, messy, short and had a hairy body, but he also made her laugh and was sweet, so she gave him a chance and they ended up married with two children! These two were the perfect example of opposites attracting and, although they had one minor bump in the road when they briefly broke up, these two were the most solid couple on the show and definitely gave us all some huge #relationshipsgoals.