Things You Might Not Know About SATC’s Kristin Davis 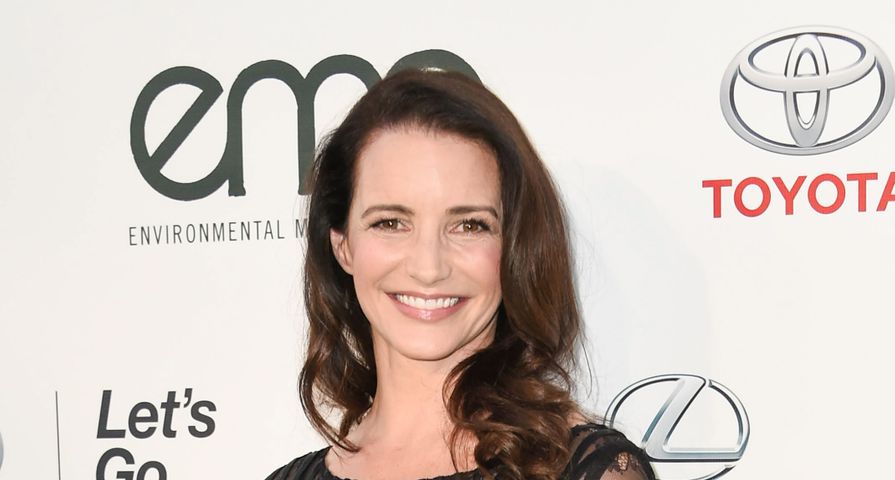 Most people associate Kristin Davis with the character of Charlotte York from her longtime role on the hit series, Sex and the City. The show lasted on air from 1998 to 2004 with two spin off feature films and a fan base that continues to grow. Davis’s time on SATC was most definitely the peak of her career. She might never top its success, regardless she’s continued to hustle in the acting realm and maintain a steady career. Despite upholding a lead role on one of the most popular television series of all time, there’s still lots to know about this actress! Here’s 10 things you probably didn’t know about Kristin Davis:

10. Before She was Famous

Before she was famous, Kristin Davis waited tables at a restaurant in New York. “What can I say? I was very poor and I was a waitress, and it’s hard to be a poor waitress in New York.” There’s no denying Kristin Davis has an amazing body, and it’s most likely due to the fact that she’s an avid yogi! Not only does she practice yoga, she teaches it too! When Davis was in her twenties, she became a certified yoga teacher and taught classes in a studio to help pay the bills before she landed a solid career in acting. In an interview she said, “I started doing yoga in my 20s. I did teacher training, that was what I was going to do if acting didn’t work out…I started teaching other actors right at the beginning of the yoga craze – people still thought it was a little weird, but a lot of actors I knew were getting into it and didn’t want to look foolish in class. So I started teaching them!”

Kristin is a huge advocate for women’s rights. She became a supporter of the Oxfam organization after the southeast Asia tsunami in 2004 and since then she’s been extremely active in the Oxfam community. She’s now an ambassador and spokeswoman for the human rights/relief organization and traveled to places like Mozambique, Ethiopia, Haiti, South Africa and Uganda to gain a better understanding of poverty. In 2011 she visited the Dadaab refugee camp in Kenya and continues to work with Oxfam to spread awareness and raise funds.

Kristin is passionate about animals, especially elephants! Just one quick scroll through her social media pages will show endless photos of her promoting the welfare of animals around the world. While traveling in Kenya she came across an orphaned elephant. Being the compassionate person she is, Davis adopted the mighty pet and arranged for it to be taken to a rehabilitation center. The elephant now lives at Kenya’s Sheldrick orphanage. Davis was awarded the Humane Society’s 2010 Wyler Award in 2010 because of the work she’s done for orphaned elephants in Africa. She also rescued two dogs from the streets of L.A. their names are Momma and Sam.

When Kristin first took on the role of Charlotte York in Sex and the City she did not want her family watching the show because she thought it was a little too risque, especially for her grandmother! For a many years she didn’t tell her grandmother what the name of the show was or even what it was about! But the show ended up being really popular and it became hard for her and her family to ignore its success. Her parents confessed to watching the show after her grandmother passed away and her father who is a psychology professor even used some episodes as part of his college lectures on “Marriage and Sexuality!” They aren’t entirely open about it, she admits that her mother still isn’t a huge fan of Samantha Jones — we get it! 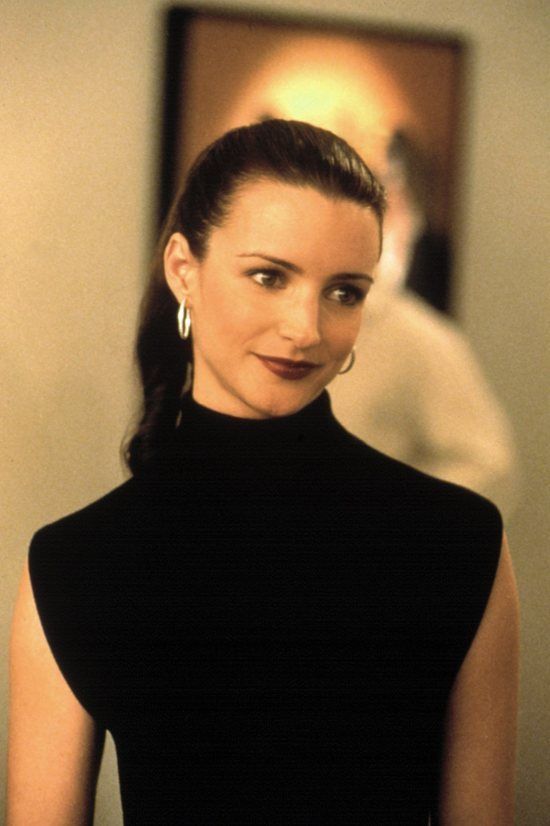 Kristin was born in Boulder, Colorado in 1965. She comes from a broken family — her parents ended up divorcing when she was only a baby. Her stepfather, Keith Davis, a psychologist adopted her when he married her mother, Dorothy, a data analyst in 1968. After their marriage, Davis moved from Colorado to Columbia, South Carolina with her family. Her stepfather took up a new job as a provost and psychology professor at the University of South Carolina. Once she graduated from high school in 1983, Kristin enrolled at Rutgers University and graduated with a BFA degree in Acting. She was forced to drop her South Carolina accent while in acting school. Afterwards she moved to New York to pursue a career in acting by working in classical and contemporary theater and star in commercials.

She has been romantically linked to other actors like Alec Baldwin, Rick Fox and Steve Martin, but she has never been married. In fact, Kristin is the only woman from the Sex and the City show that has never been married. She is very different from Charlotte York when it comes to her views on marriage. “I do have friends who have stable marriages and I look at them and admire what they have, but I don’t necessarily think I’ve ever had that kind of relationship…I don’t know that I necessarily totally intended to [still be single], though I do remember being young and thinking, ‘Why are all these people getting married?’ But I’m an actress – I’ve never exactly been the status quo.” 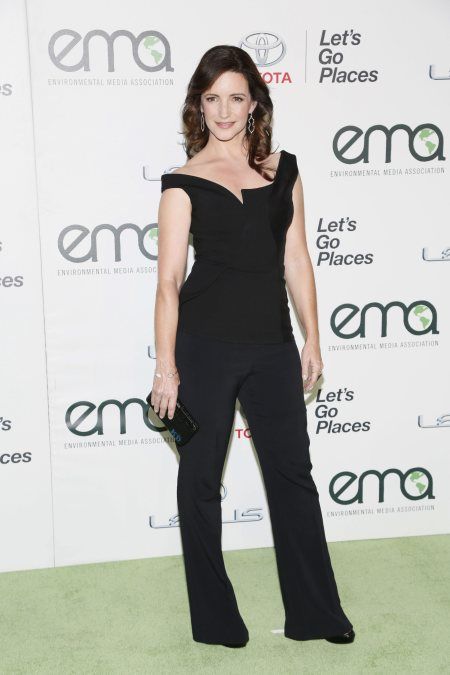 Similar to her character on Sex and the City, Davis adopted a little girl in 2011 named Gemma Rose Davis. She is now 5-years-old and they live in Los Angeles, California. In past interviews, Davis has said that she always knew she wanted to adopt, but it was definitely a harder process because she is a single mother and since she took on the role of being a mommy, it’s changed her world. “The greatest luxury is being home in the morning when my daughter wakes up and not have to go anywhere. My ultimate day is not getting out of my pyjamas…If Gemma and I could just be there, I could probably go for a long time without leaving…Gemma is such a big, big part [of my life] in such a wonderful way. Life take going to work: it used to be really important to me, but now I’m like ‘OK, I’ve got to go to work.’ All right. I used to be like, ‘I want to go to work, I want to go to work!” 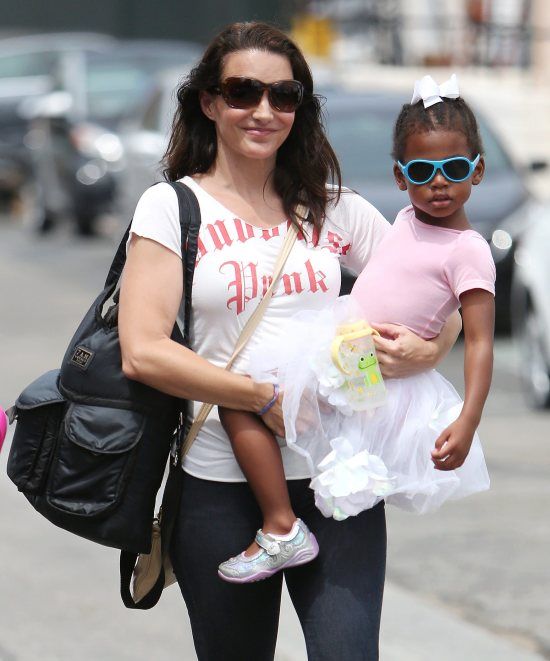 3. Being an Actress was a Childhood Dream

Kristin Davis knew she wanted to be an actress when she was 9-years-old. She got her first taste of it when she appeared in the Workshop Theatre production called Snow White and the Seven Dwarfs. In an interview with The Guardian, she said: “I just loved being in the theatre with all those crazy, creative people.” As a child her parents took her to New York to see the live theatre and she loved it! “When I was a child, I loved New York, but I was scared of it. New York in the  70s was a freak show – so filthy and dirty and wild and scary. But exhilarating at the same time. I was intimidated by it, but aspired to it. I never thought: ‘I have to be here.’ But I did think: ‘I want to grow up to be strong enough to be here.'” 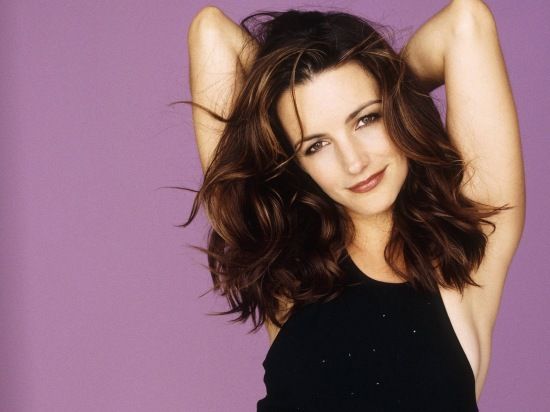 Kristin landed her breakout role when she was cast as Brooke Armstrong Campbell on Melrose Place in 1992. Unfortunately, her mean character was strongly disliked by fans and the writers didn’t know what to do with her so she was written off the show after only a year. In an interview she said, “Oh my God, it was awful! One time I was in a department store and, as I was walking around, I could hear women whispering: ‘There’s Brooke – that b-tch!’ I wanted to scream: ‘I’m not Brooke, I just play her on TV!'” 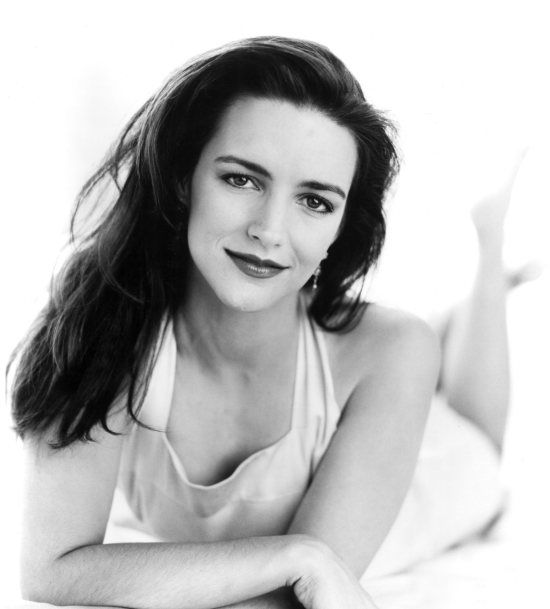 1. She was an Alcoholic

This is surprising to many fans, especially those who associate her with the character of Charlotte York! Kristin has stated that a lot of her drinking had to do with trying to fit in and growing up in the South. “I drank a lot, which was rebellious because my parents didn’t drink at all. In the South, pretty much everybody drinks. There was always lots of alcohol, lots of access to alcohol, people sitting around every night with a Mint Julep, or whatever.” She has now been sober for over 20 years! The moment she cleaned up her act was when she started getting into acting — for real and she realized it was one or the other, “I just realized it was counterproductive to what I was trying to do. Acting is very difficult in weird ways. You’d have to get to class by 8 am, work all day, rehearse all night, and it’s not really good to do when you’re hung over. I’d wanted to be an actress my whole life, that was my goal, that was all I cared about. Something had to go, so I chose drinking to go.” 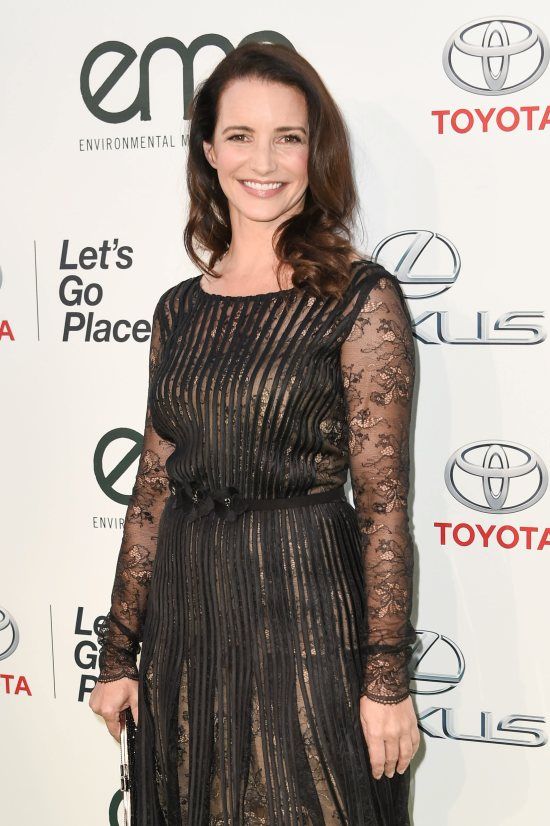