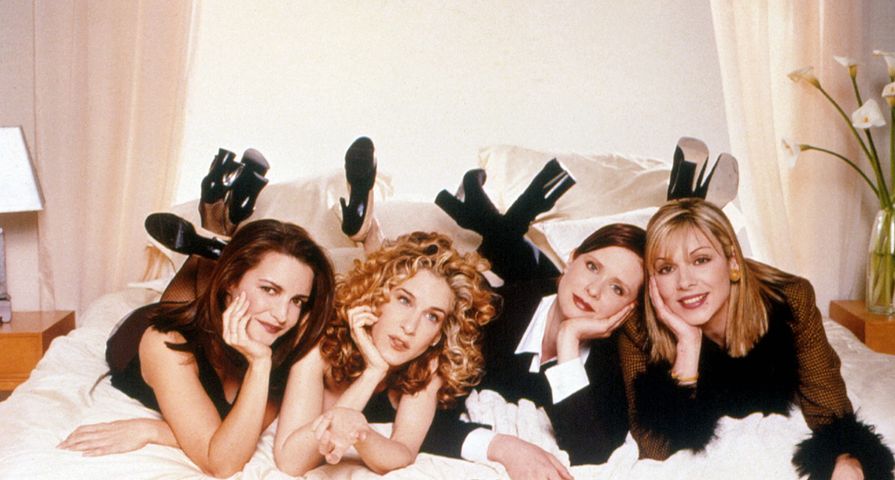 Sex and the City was widely popular throughout its entire six seasons which aired from 1998 to 2004. Like many other HBO shows, SATC was the first of it’s kind as it tackled not only different societal issues and timely controversies, but also broke down a lot of barriers when it comes to women and relationships and it did so in a way that was lighthearted and comical. Sex and the City followed four professional women in their thirties, living in New York City trying to navigate their personal lives and relationships. The show has become a cultural phenomenon because, not only is it just as popular today as it was 12 years ago, it’s even more so! It’s one of those series we can watch over and over again and it just never gets old — it’s timeless just like the city. Here’s a look at 8 of the funniest episodes from the Sex and the City series!

This was the first episode filmed after Sept. 11, 2001 and was supposed to serve as a tribute to the city. Not only did it manage to give a proper shout out to the city of New York, it was also one of Samantha’s funniest episodes! Still reeling from her break up, Samantha is finally past the stage of mourning Richard and onto the revenge phase. Richard spends the whole episode trying to get back together with Samantha even though she does everything in her power to punish him. She prints out hundreds of flyers plastered with Richard’s face branding him as a lyin’ cheat and passes them out around his neighborhood. She tapes them to posts, hands them out to pedestrians and leaves them on the windshields of parked cars making sure that everyone in town knows who he is and what he did. When she goes to meet him for drinks later, she wastes no time hearing his apology. She grabs her dirty martini and, in the most satisfying scene in the history of television, throws her drink in his face and says: “Dirty martini, dirty bastard.” Cue the mic drop.

Miranda and Samantha are two women who are typically very confident in themselves, but in this episode they most definitely aren’t. Miranda is told she needs to get braces because she’s a “tongue thruster.” It’s safe to say no one wants to get braces, especially a single 30-something woman living in New York City. Meanwhile, Samantha takes on a new 13-year-old client, Jenny Bryer, who somehow has more money and attitude than she does! Jenny is interested in throwing an “A-list Bat Mitzvah” with a red carpet, guest list and all. While Carrie, Samantha and Miranda are out for lunch they run into Jenny Bryer and some of her friends. The women are shocked that these pre-teen girls act and dress just like them. Miranda notices one of the girls also has braces and asks her if her braces are blue, to which the girl replies: “No, they’re sapphire. Oh my god, look, you have the old fashioned kind. I didn’t even know they made those anymore.” Miranda deems herself a 34-year-old nerd and has her braces removed by the end of the episode.

In this episode, Carrie and Aiden have decided to move in together. However, it’s not all it’s cracked up to be. Carrie quickly realizes that her apartment isn’t big enough for the two of them and all their stuff. It’s stuffed from wall to wall with towering boxes of things. Carrie is starting to get agitated about the loss of her independence and space, especially when Aiden suggests that she clears out some of her stuff to make room for his “sh-t.” To make it all worse, Aiden’s dog, Pete starts chewing one of her $380 shoes. This sparks a heated argument between the two about who has more “sh-t lying around” and who should get rid of what. Aiden starts looking through her closet and pulling out old clothes that she never wears and asks why she has to keep them. This sparks Carrie to start going through his boxes and fires back with why he needs “five almost empty speed sticks, old razors and….Rogaine?” Aiden gets defensive when she starts questioning him about his stuff and when Carrie tells him to “shut up” they hilariously end up yelling “shut up” back and each other until Carrie walks out.

Carrie is invited to be a celebrity guest in a fashion show by one of her friends. She’s reluctant to do it because she’s “not a model” and doesn’t want people to think she thinks she’s a model, but after a little persuading and baiting with free clothes, she agrees to walk in the show. Her outfit is changed at the last minute to nothing but a pair of bejeweled underwear and a blazer, so she’s understandably nervous, but gets a little pep talk from her friends and decides to just do it. Carrie barely takes two steps down the runway before she falls flat on her face! Things are made worse when Heidi Klum comes up behind her and instead of helping her up, steps over her to walk down the runway, which makes Carrie look like “fashion road kill.” Yikes!

This episode was in the first season when Carrie and Big had just started dating and were kind of in the honeymoon phase of their relationship where they weren’t yet totally comfortable with each other, but falling into the groove of a relationship. Things get awkward when Carrie and Big are laying in bed together and Carrie accidentally passes gas. She is absolutely mortified! Big teases her about it and doesn’t make it into a ‘Big’ deal, but Carrie is extremely worried this will affect their relationship because she is suddenly ‘imperfect’ in his eyes. She becomes increasingly paranoid when they don’t sleep together the next few nights and is convinced that he’s going to break up with her. Miranda, of course, thinks she’s crazy, whereas Samantha agrees with Carrie in her belief that women are supposed to be these perfect creatures to men. The whole episode is really light-hearted and shows women can take something so small and obsess over it to the point that it becomes much bigger than it is. In the end, Big shows up at Carrie’s apartment and spends the night at her place for the first time and tells her that he likes her just the way she is, perfectly imperfect.

Charlotte is upset because the man she is dating fell asleep during intercourse. She’s worried that she’s bad in bed and decides to sign herself and the girls up for a tantric sex workshop. She drags all the girls there against their will and to their surprise the teacher gives a very hands on demonstration of her fool proof techniques. Unfortunately, in a totally hilarious and disturbing scene Miranda she is caught in the cross fire of his happy ending and spends the rest of the episode wiping her forehead with Kleenex!

Miranda hires a new cleaning lady named Magda to help around the house. She quickly realizes that Magda is cut from a different cloth and the two of them have completely different ideas of what a “woman” should be doing. Miranda is a single woman in her thirties who works over 50 hours a week, while Magda is an older European woman who has very firm traditional values. Magda tries to be stealth by changing little things here and there around the apartment like moving Miranda’s coffee mugs, switching her coffee for tea and subtly buying a rolling pin for her to use to make pies. Miranda quickly begins to feel guilty that she’s not more of a housewife, especially when Magda finds her “goodie drawer” in the nightstand. It all comes to a head when Miranda settles in for the night, reaches into the drawer in her nightstand and, instead of finding her usual items, she pulls out a statue of Mother Teresa!