Sex And The City’s 8 Most Annoying Storylines 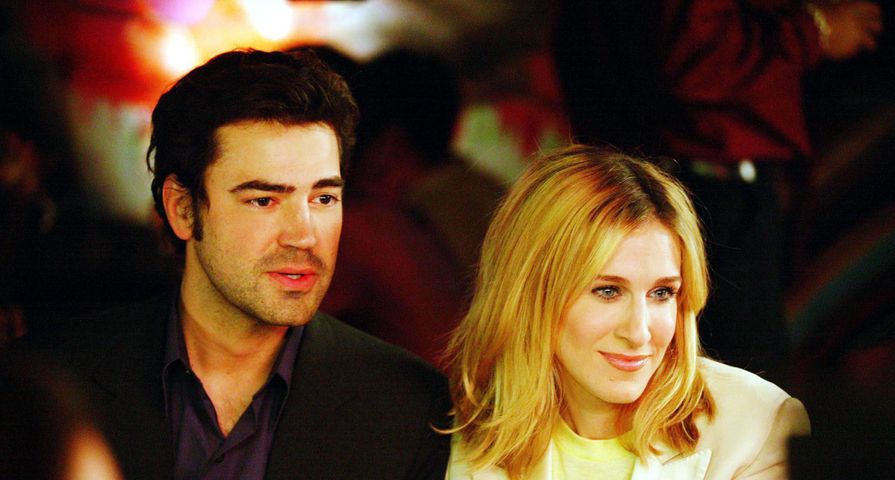 Sex and the City is a show about four women living in New York City as they experience all of the ups and downs of life. It is not meant to be incredibly realistic, but it is meant to be amusing and we must admit it succeeds in that respect. Their love lives are often tumultuous, to say the least, but always interesting. Sometimes, the show is funny, but sometimes it is a bit too unrealistic and verges on the absurd. Here are some examples of times when the show went from funny to plain old annoying.

We get it. Dr. Robert Leeds not only looked good on paper, but he looked super hot in person. In spite of this, him and Miranda made absolutely no sense. She was in love with Steve and everyone was rooting for them. When she finally broke up with Robert to get back together with Steve, their breakup became even more annoying than their relationship. He was super angry with Miranda, which convinced her that he was obviously madly in love with her. Turns out he just liked being angry. When Steve went to confront him about his crappy behavior, he saw Robert frolicking around his apartment with not one, but two women. After that, he disappeared from the show forever. Thank God.

7. When Carrie Cheats on Aidan

During season three, Aidan was like the perfect boyfriend. He had none of Big’s commitment issues and so obviously adored Carrie. Apparently that wasn’t good enough for Carrie. It wasn’t long after she hooked up with Aidan that she started cheating on him with Big. For all of Aidan’s supporters, this was devastating, not to mention super annoying – what was Carrie thinking?! Their relationship ended pretty much as soon as she told him about the affair and then we were left in an Aiden-less world for the rest of season three. So unfair.

6. When Carrie Suffers in Suffern

When Carrie is dating Aidan, it’s clear their characters differ greatly. While Carrie’s idea of a good night is going out on the town in a new outfit, Aidan wants to stay at home and eat a bucket of chicken in bed with his underwear on, watching TV. Another way we saw their differences was when Aidan started traveling to Suffern regularly to fix up the “country house” he bought there. Carrie is clearly completely out of her element with her designer clothing and high heels. She hates every single thing about the house, Aidan knows this, and yet he convinces her to keep going there. She even loses her cool there over a squirrel…seriously. Seeing Carrie suffering in Suffern was definitely an annoying storyline.

5. When Miranda’s Housekeeper Noses Around in her Sex Life

In the beginning, it seems like Miranda’s housekeeper Magda is not going to be a good fit for her. It was clear that Magda does not know Miranda very well, but openly passes great judgement on her personal life. Magda has strong views about how women should act, and she is always trying to get Miranda to act more like her own version of a perfect woman. She buys Miranda a rolling pin so that she can make pies, saying that “it’s good for women to make pies.” She finds Miranda’s ultrasound hidden in a drawer and puts it on the fridge, where she thinks it should belong. And finally, she replaces her vibrator with a statue of The Virgin Mary. How annoying! Miranda eventually tells Magda to back off and, later on, they end up becoming very close.

Carrie and Berger’s relationship was really annoying in and of itself, but the way that it ended was especially irritating. The relationship was so back and forth with Berger’s bitter negativity it never seemed like he was really  happy being with Carrie. Their sex life not being very good; he had jealousy over Carrie’s success; and he was just a downright miserable person. After they say that they need a break, he showed up at her doorstep saying that he wants to make things work, and then turns around and sneaks out while she is sleeping, leaving nothing but a post-it note saying “I’m sorry. I can’t. Don’t hate me.” Well Berger, we hate you and your entire storyline.

3. Charlotte’s Break Up With Harry

Charlotte and Harry had a strangely cute relationship, but it isn’t always smooth sailing. In the beginning, Charlotte finds Harry very unattractive, but she eventually falls in love with him. She later converts to Judaism for him. When he doesn’t propose fast enough, she becomes incredibly impatient. During the first Sabbath dinner that she prepares for him, he isn’t attentive as he watches a baseball game on television. She freaks out at him saying that since she gave up Christianity for him and he should be able to give up watching a game for her. She tells him to hurry up and propose and then says something about what people think of them when they see them together (because she is more attractive than he is). He takes offense to all of this, says that he can’t live a life filled with, “I gave up Christianity for you,” and he ends things. The fight seems to come out of nowhere with no hints of unhappiness leading up to the break up. It was an abrupt and annoying end to their relationship, which is probably why they eventually reconciled with him proposing after running into each other at a Jewish dating convention.

2. Carrie’s Relationship with the Russian

Carrie dates the famous artist Aleksandr Petrovsky despite having almost nothing in common with him. Together, they embark on one of the most annoying relationships in Sex and the City. They have trouble communicating; there seems to be a big age gap; and she refers to him as “the Russian,” which seems a bit inappropriate. They have completely different views on just about everything. He enjoys doing romantic things for her while she finds it cheesy and annoying. His communication is often quite harsh and she has her feelings hurt frequently. His work is more important to him than anything else and she is often pushed aside in favor of his work. In spite of all of these issues, she gives up everything to run off to Paris with him. Nothing about their relationship makes sense, which makes his entire storyline pretty annoying.

In season six, when Carrie decided to move to Paris with Alexsandr Petrovsky, many longtime fans of the show were left shaking their heads in disbelief. Carrie’s whole life was in New York. Before she left, she quit her job, which did not make sense. How was she supposed to support herself in Paris with no income? Also, all of her friends were in New York. Making the whole situation even more annoying was that she was giving all of this up to be with Petrovsky, a guy she had little in common with, who totally did not get her or her jokes. Most women in their late 30s would not make an epic mistake like this, so why did Carrie have to?