Home » Entertainment » Celebrities » Cast Of Sex And The City: How Much Are They Worth Now? 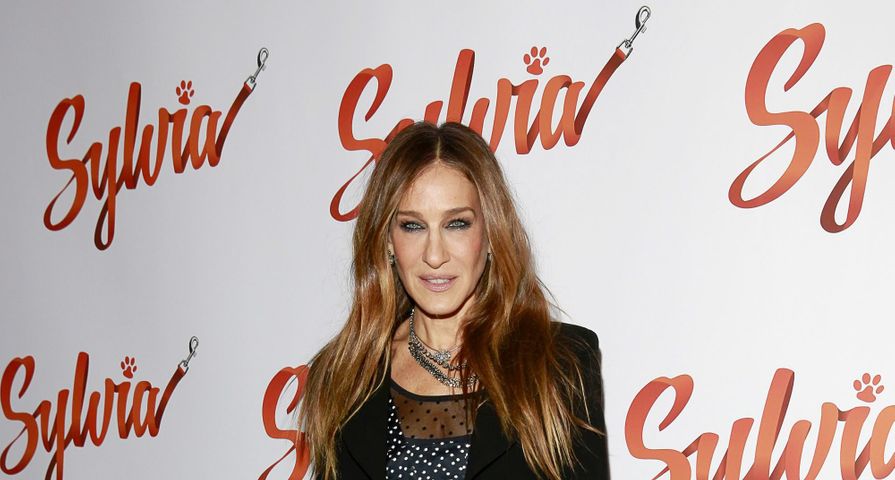 Sex and the City was one of the most popular female shows in the late 90s and early 2000s. Even though the show ended years ago, it still lives on in reruns and movies, and the cast continues to collect huge paychecks for their roles while starring on the super popular show. From the main four ladies to the men they loved, here’s how much the stars of Sex and the City are worth now.

Estimated Net Worth: $4 million. Smith, Jared Smith, or Smith Jared – whichever moniker he may have been going by, Jason Lewis played the character of Samantha Jones’ longest lasting, most serious relationship. There weren’t many men who could make Samantha settle down — so when Jared came along, a lot of fans were pleasantly surprised! Along with playing Smith, Jason Lewis has starred in his fair share of modelling campaigns including work for Tommy Hilfiger, and Guess as well as appearing on shows like 90210, Charmed, Brothers and Sisters, House, CSI: Crime Scene Investigation, and How I Met Your Mother. His work has helped him amass an estimated personal fortune of $4 million.

Estimated Net Worth: $8 million. Sex and the City’s Charlotte always imagined herself with the perfect man and that’s what she found in Harry Goldenblatt, even though he wasn’t the spinning image of prince charming, he was the perfect match for Charlotte and absolutely adored her. True love reigned on for the show’s pair which saw actor Even Handler appearing regularly during the final seasons. Along with his Sex and the City work, Handler has also worked on shows like Californication, Six Feet Under, The West Wing, Friends, Miami Vice, Law & Order, Lost, and 24. But Evan Handler’s talents don’t end on screen. He has also written two books, “Time On Fire: My Comedy of Terrors” and “It’s Only Temporary…The Good News and Bad News of Being Alive.” All of this has resulted in an estimated personal net worth of $8 million.

Estimated Net Worth: $9.5 million. Oh, Aidan, how we adored you! We all knew in the end, Carrie was meant to be with Big, but that didn’t mean that Aidan wasn’t totally adored by fans of Sex and the City. Lucky for us, we got to see lots of John Corbett as he played plenty of parts over the years. From his stint as Chris Stevens on Northern Exposure in the early 90s, to the love interest in My Big Fat Greek Wedding and of course, his work as Max Gregson on The United States of Tara. He also appeared in Parenthood as Seth Holt and To All the Boys I’ve Loved Before as Lara Jean’s father. See? Busy fella! And when he happens to have a spare minute or two, John Corbett likes to focus on his music, having released two country music albums. So what is he worth? Well, a nice estimated $9.5 million.

Estimated Net Worth: $3 million. Dr. Trey McDougal was supposed to be Charlotte York’s picture perfect husband and it seemed like he was, until after the wedding and he really, really wasn’t. Played by Kyle MacLachlan, the part was one of many for the veteran actor. Appearing first in 1984’s Dune, he hit cult status along with the show Twin Peaks as Special Agent Dale Cooper. In recent years, however, fans will recognize him as Orson Hodge on Desperate Housewives, which helped add to his estimated net worth of $3 million.

Estimated Net Worth: $10 million. Willie Garson may not be a name you immediately recognize, but what if you heard the name Stanford Blatch? He played the part of Carrie’s BFF, aside from Charlotte, Samantha and Miranda of course. Standford was a beloved character who popped in and out of the show frequently and was featured in numerous episodes along the way. Willie has been an active member of the on-screen scene since the mid-80s and has also appeared in other shows like White Collar, My Two Dads, Monk, Boy Meets World, Ally McBeal, Star Trek: Voyager, and The X Files as well as movies including Fever Pitch, There’s Something About Mary, Being John Malkovich, Kingpin, Freaky Friday, Jackass 2, and Groundhog Day. He may not be considered a super-star, but all of this steady work has resulted in an estimated personal net worth of an impressive $10 million.

Estimated Net Worth: $20 million. Mr. Big. Love him or hate him, he was certainly the one Carrie Bradshaw was meant to be with from episode one. But before his ‘Big’ days, Chris Noth had already won over a fan base by playing the New York detective Mike Logan on Law & Order and later reprised his role for Law & Order: Criminal Intent. These weren’t the only big roles that Chris Noth has nailed and fans will be familiar with his starring role as Peter Florrick on The Good Wife. Mr. Big is sitting on a big fortune, estimated to be worth $20 million.

Estimated Net Worth: $25 million. Cynthia Nixon played the level-headed, powerful lawyer Miranda Hobbes on Sex and the City and often helped her friends navigate relationships with her very opinionated and sometimes pessimistic views on romance. Cynthia Nixon is also a multiple award winner having earned herself an Emmy (three, in fact), a Tony, and a Grammy, making her one award (an Oscar) short of the impressive EGOT. Recently, she’s been public supporting the fight against breast cancer after being diagnosed in 2006. Hopefully, she’ll be able to take good care of herself and enjoy her estimated net worth of a whopping $25 million.

Estimated Net Worth: $35 million. Kristen Davis was cast as the ultimate-romantic, Charlotte York. She started off in the business appearing on General Hospital while also running her own yoga studio to make ends meet. She eventually landed a role on Melrose Place as Brooke Armstrong, but her character met a dismal fate in the end. After Sex and the City, Kristen has been busy with roles in movies like Couples Retreat, Holiday in the Wild and Deck the Halls – not exactly matching her Sex and the City fame, but keeping her in the biz and awarding her an estimated net worth of $35 million.

Estimated Net Worth: $60 million. Kim Cattrall may have notoriously been at odds with her Sex and the City co-stars at times and wasn’t necessarily happy that she wasn’t making as much as the show’s main star, but that didn’t stop her from earning an impressive paycheck. Along with her bit parts and co-starring roles in television shows and movies like The Simpsons, The Incredible Hulk, Police Academy, Mannequin and Baby Geniuses, Kim Cattrall has earned herself slightly more than both Kristen Davis and Cynthia Nixon with an estimated $60 million.

Estimated Net Worth: $150 million. Sarah Jessica Parker had already made a name for herself in Hollywood before she was cast as Carrie Bradshaw. She started her acting career when she was just a young thang kickin’ up her cowboy boots in films like Footloose, but when she landed the role of Carrie Bradshaw in Sex and the City, Sarah Jessica Parker took her career to an entirely new level. She quickly became a household name and fashion icon who could use her image to sell things fast and furiously, with endorsements, a clothing line, and multiple fragrances (her perfume NYC brought in $18 million in 2010 alone) along with a continued acting career here and there have earned Sarah Jessica Parker a wildly impressive estimated $150 million.