Home » Entertainment » TV » Cast Of Sex And The City: Where Are They Now?

Cast Of Sex And The City: Where Are They Now? 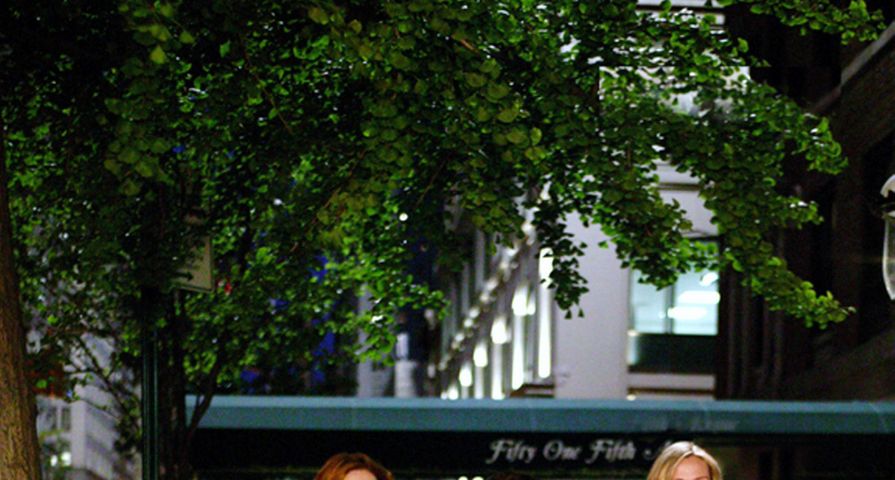 Over ten years have passed since the show “Sex and the City” aired its last episode. Even though the series spawned two feature films, we still can’t help but miss the original show. The characters, the clothes, the dialogue, the storylines and the friendships are what made us tune in each week and, strangely, the movies seemed to be missing some of these key ingredients, which is why we don’t think they count. We figured now would be a good time to see what the cast has been up to in recent years. Now would also be a good time to pray that they don’t ever release another movie!

Evan Handler played Charlotte’s second husband, Harry Goldenblatt, on “Sex and the City.” After the show ended, he moved on to the television series “Californication.” He played Charlie Runkel, Hank Moody’s best and friend and agent. The show wrapped for good in 2014. He’s since joined the cast of the show “The Astronaut Wives Club.”

Willie Garson – who played Carrie Bradshaw’s best guy friend Stanford Blatch – has continued to act on both the big and small screen since “Sex and the City” wrapped. His biggest role since playing Stanford has been playing the con artist and thief Mozzie on “White Collar.” In 2009, Garson became a dad for the first time. He adopted 8-year-old Nathen.

David Eigenberg is best known for playing Steve Brady, Miranda Hobbe’s love interest on “Sex and the City.” Since the show ended, he has continued to work on television. He’s currently part of the cast of “Chicago Fire,” a show that follows the lives of the firefighters and paramedics who work at the Chicago Fire Department. The show has been renewed for a fourth season, which is set to premiere in November 2015.

Since “Sex and the City” wrapped, Chris Noth has continued to find success on the small screen. In 2005, he returned to “Law & Order,” the show that first made him famous. He left in 2008 and was replaced by Jeff Goldbloom. In 2009, he joined the series “The Good Wife.” He plays Peter Florrick, the disgraced state’s attorney who is married to Julianna Margulies’ character, Alicia Florrick. He’s also starred in a revival of Gore Vidal’s 1960 Broadway play “The Best Man,” as well as a Broadway revival of the 1972 play “That Championship Season.”

Like her co-stars, Cynthia Nixon has continued to act in films, television and on stage since “Sex and the City” ended. On the small screen, she’s had roles in “The Big C,” “World Without End,” “Alpha House” and “Hannibal.” On the big screen, she’s been seen in “Stockholm, Pennsylvania,” “James White,” “The Adderall Diaries” and “A Quiet Passion.” She’s also taken part in the Broadway musical “Spider-Man: Turn Off the Dark” and “Wit.”

Featureflash / Shutterstock.com
15 Sex And The City Couples Ranked From Worst To Best

Kristen Davis – who played Charlotte in the “Sex and the City” franchise – has found steady work acting in both television and films. She’s had a voice role in “Miss Spider’s Sunny Patch Friends” and the short-lived television series “Bad Teacher.” She’s also been involved a number of films, including “The Shaggy Dog,” “Deck the Halls” and “Couples Retreat.” In 2011, she adopted a daughter, Gemma Rose.

Since “Sex and the City” aired its last episode, Kim Cattrall has kept herself busy with roles in films, television and theatre. She currently has a starring role on the Canadian television series “Sensitive Skin” as Davina Jackson. Her movie roles have included “My Boy Back,” alongside Daniel Radcliffe and Carey Mulligan, and Roman Polanski’s “The Ghost Writer” and, on stage, she was in a revival of Noël Coward’s play “Private Lives,” Shakespeare’s “Antony and Cleopatra” and Tennessee Williams’s “Sweet Bird of Youth.”

Sarah Jessica Parker is probably still most famous for her role as Carrie Bradshaw in the “Sex and the City” franchise. Since the show wrapped in 2004, she has continued to act on television and in films. She had a role in “The Family Stone,” “Failure to Launch,” “I Don’t Know How She Does It,” “New Year’s Eve,” as well as the two “Sex and the City” movies. She also had a recurring role on the television show “Glee” as Isabelle Wright, a Vogue executive.