Home » Entertainment » TV » Cast Of The O.C.: How Much Are They Worth Now? 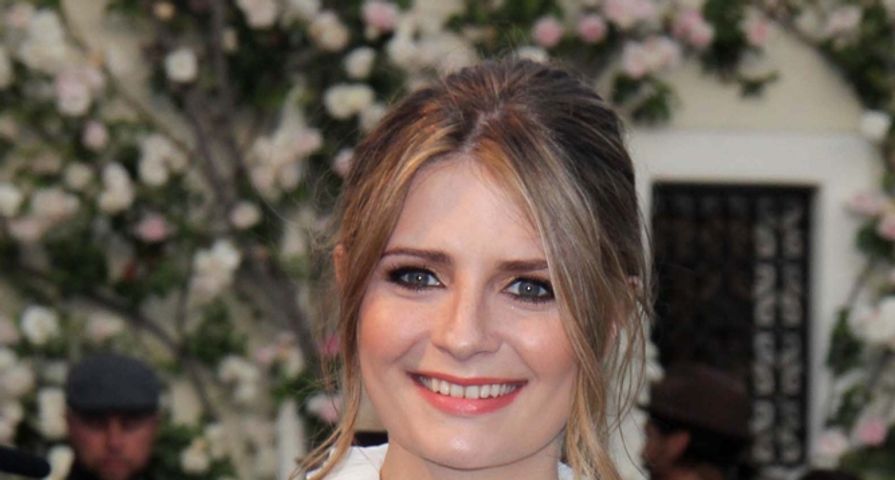 Money, wealth, fortune … or lack thereof had its hand in the lives of the characters of The O.C. along with romance, scandal, and lotsa hotties living and loving in sunny Orange Country, California. The stars of the show delighted fans with their fictitious renditions of O.C. lives, but each and every one has kept busy since the show’s (unfortunate? untimely? heartbreaking?) end. Whether you’re still Team Seth or Team Ryan, you’ll want to check out how much the stars of The O.C. are worth now.

Estimated Net Worth: $16 million. Peter Gallagher has been busy making his way in Hollywood since the ’80s and has appeared in a long, long list of movies and television shows including While You Were Sleeping, Mr. Deeds, and American Beauty. His role on The O.C. saw him as Sandy Cohen, public defender and daddy-dearest to bestie-bros Ryan and Seth. His years of work, including the choice role on the wildly popular show, has helped Peter Gallagher build himself an estimated personal fortune of $16 million.

Estimated Net Worth: $25 million. Kelly Rowan is another professional who has been working steadily in Hollywood for years and can be spotted in movies and TV shows like Another World, Growing Pains, The Outer Limits, and Assassins. But she hit the fame jackpot along with the rest of the cast when she was hired to play Kirsten Cohen,  the slow-to-warm former real-estate CFO mom of The O.C. After leaving the show behind, Kelly landed another TV role, this time on Perception as Natalie Vincent. Playing a wealthy lady in The O.C. may have come naturally to Kelly since in real life she’s worth an estimated $25 million.

Estimated Net Worth: $3 million. Julie Cooper may not have been the most beloved character on The O.C. but she certainly added some much needed drama and snarky looks into the wildly popular show. The part was tackled by Melinda Clarke who started in the biz appearing on Days of Our Lives and working her ways through various stints on shows like Xena: Warrior Princess, Seinfeld, Sliders, Everwood, The Vampire Diaries, and Entourage among many others. But it was her work on The O.C. as well as CSI: Crime Scene Investigation and Nikita that have helped her build an estimated personal fortune of $3 million.

Estimated Net Worth: $5 million. Julie’s ex, Jimmy Cooper, was always plagued with money problems that lead him into legal trouble and get in the way of his personal relationships. The character was actually ranked 8th by Entertainment Weekly on their list of the worst dads in television history. Ouch! But his role as Jimmy Cooper on The O.C. was only one of many roles for Tate Donovan. Roles in movies and TV shows throughout the years have built him an impressive resumé, but some of us will always remember him as Joshua from Friends, who Rachel scares off with her WAY-too-soon wedding proposal. However you think of him, Tate Donovan is worth an estimated $5 million.

Estimated Net Worth: $3 Million. Autumn Reeser has been working steadily in TV for well over a decade. She’s been on a wide from of shows from Star Trek: Voyager to It’s Always Sunny in Philadelphia to Hawaii Five-0; however, she’s best known for her role as Taylor Townsend on The O.C. and as Lizzie Grant on Entourage. All of her success has given her a net worth of $3 million. Not bad!

Estimated Net Worth: $3 million. Marissa Cooper faced her fair share of issues on The O.C. and Mischa Barton, who played the Californian character, has faced just as many in real life. After leaving the popular show in the third season after her character was (*SPOILER ALERT*) killed off in a car accident, Mischa struggled with substance abuse issues and a DUI arrest among other issues and admitted to having a “full-on breakdown.” But things look to be on the up for Mischa Barton nowadays as she’s worked hard to get her life in order and currently has multiple productions in the works. Despite her problems and as a result of all of her popular work, Mischa Barton is currently estimated to be worth $3 million.

Estimated Net Worth: $13 million. Ben McKenzie fans are happy once again now that’s he’s starring on a new show (that would be Gotham if you were wondering) that they can diligently tune in to every week to see his good looks. Back in the day, he starred at the rough-but-adorable Ryan Atwood on The O.C. and fans of the show fell fast and hard. When the show ended, he played a few bits parts before being cast as Ben Sherman on Southland and now is James Gordon for all of those Team Ryan gals who are still crushing hard on the Hollywood hottie. His successful run of television stardom has helped Ben McKenzie build a personal fortune estimated to be at $13 million.

Estimated Net Worth: $16 million. When Rachel Bilson originally appeared on The O.C. her character, Summer Roberts was intended to be a temporary character that was only meant to appear in a few episodes. However, fans loved her from the beginning and she was quickly written into the show, becoming a main character that lasted until the end of the program’s run. When the show ended and Rachel left The O.C. fans were happy to see her join the cast of How I Met Your Mother as the rumored title lady. Although that wasn’t meant to be, Rachel Bilson has spent the last few years playing Dr. Zoe Hart in Hart of Dixie. Rachel is sitting on a fine fortune as a result of all of her work, estimated to be around $16 million.

Estimated Net Worth: $12 million. If you weren’t wearing a Team Ryan shirt during the popular run of The O.C. then maybe you were sporting a Team Seth shirt. As much as viewers crushed hard on Ben a.k.a. Ryan, fans of the show were just as infatuated with Adam Brody as Seth Cohen. Although news these days may be more about the (SURPRISE!) baby girl he had with Gossip Girl star Leegthon Meester, Adam has been working steadily but he can afford to take some time off to spend with his new little family if he wants with a comfy personal fortune of an estimated $12 million.