Home » Entertainment » TV » Seth Cohen’s Most Memorable Quotes From Season 1 Of The O.C.

Seth Cohen’s Most Memorable Quotes From Season 1 Of The O.C. 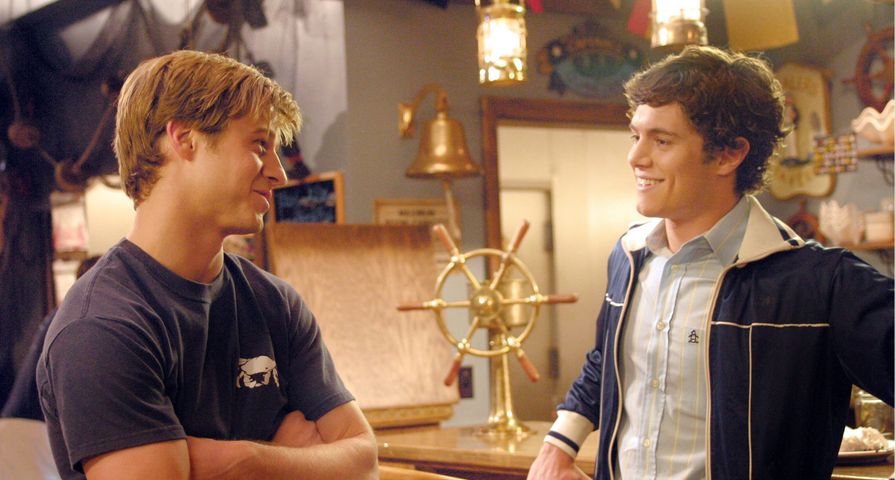 Before The Big Bang Theory and the new wave of “Geek Chic,” there was another comic-book reading, indie-music-loving, adorable nerd who lived in Newport Beach. Seth Cohen brought sarcasm, humor and hilarious one-liners to the hit show The O.C. during its four season run. Adam Brody was rumored to have improvised many of his lines and whether scripted or off the cuff, he definitely had audiences in stitches every single episode. Here are 18 of Seth Cohen’s more memorable quotes from the show’s first season.

“Every year, some big water polo player ends up peeing in one of my shoes, but…Nah, I’m just kidding. They pee in both.”

“Because we all know you get a lot of mileage out of a tank top.”

“Hey! Do you wanna play Grand Theft Auto? It’s pretty cool. You can, like, steal cars and… Not that that’s cool. Or uncool.”

“Wow. That actually happens in real life. […] I said Marisa has my chinos!” Said Seth, trying to cover up the fact that Marisa is in Chino with Ryan, after yelling this fact to Kirsten over the blender.

“Allow me to introduce you to a little something that I like to call “Chrismukkah.” […] That’s right. It’s a new holiday, Ryan, and it’s sweeping the nation…or at least the living room.”

“Guess we’ll be staying in tonight. Carson Daly and a ball dropping. There’s two images that should never be said in the same sentence.”

“You forgot your balls.” Said Seth to Ryan regarding his relationship with Marisa.

“Yes, Ryan. What exactly do you do besides musicals and punching people?”

“Who’s winning right now? Me or my hair?”

“Bloods or Crips, father?” Said Seth reacting to the Nana’s claim that Sandy used to run with a gang in high school.

“The point is that guy doesn’t know you. He doesn’t care about who you really are. In fact, he has no idea that every day of third grade, you shared your lunch with that little skinny squirrel who kept getting his nuts stolen by that fat squirrel.”

“I think it might be time to take a step back and untangle this incestuous web that I like to call the Julie/Caleb union. Now, let’s think about this. When this bizarro knot gets tied, Julie Cooper’s gonna be your mother-in-law.[…] Yeah, enjoy. She’s gonna be your stepmom. […] Yeah, yeah. Me and Marisa? We could be related. I don’t know. I can’t even do that math. But the real kicker is… Julie Cooper? My grandma. My grandma wears UGGs. Think about it.”

“It’s fate. It’s destiny. Look! We both like burritos.”

“Maybe he’s not angry at you. Maybe he’s angry because he found out people don’t wear trucker hats anymore.”

“I always get those two confused. They both have really shiny hair.” Said Seth referring to Princess Sparkle and Marisa Cooper.

“I don’t want to get thrown out of the hotel. I love the hotel. I want to marry the hotel and have little gambling-addicted alcoholic kids with it.”

“You’re a Cohen now. Welcome to a life of insecurity and paralyzing self-doubt.”