15 Celebrities You Forgot Guest Starred On The O.C. 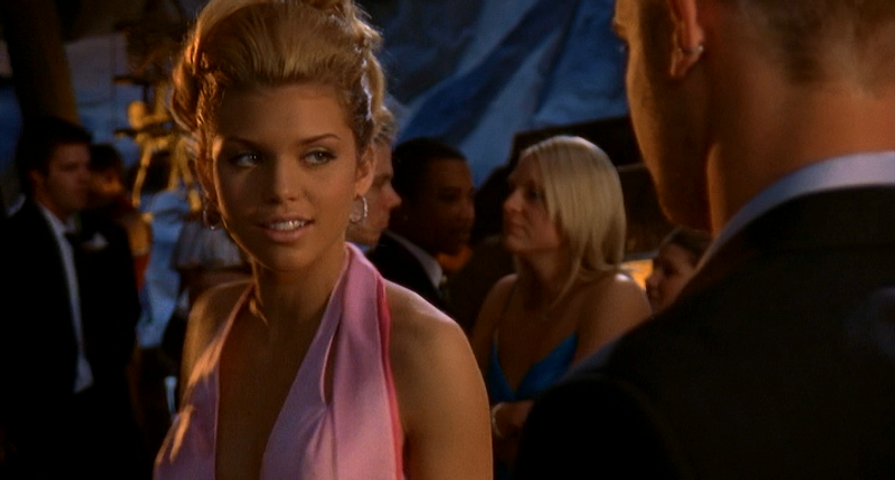 The O.C. was referred to as a cultural phenomenon when it first premiered back in 2003. It was the most popular new drama at the time with high ratings and positive reviews. Even though it wasn’t able to maintai the success, The O.C. had a short but strong run on air and acted as a stepping stone for a lot of actors. The teen drama saw a lot of guest appearances over it’s four seasons, both from stars who were already famous and those looking to get their start in the business. Looking back on the show today, we see a lot of familiar faces that might not have been recognizable back in the day! Here’s a look at 15 celebrities you forgot guest starred on The O.C.!

Just before he rose to fame for his role in the television series Parks and Recreation and starring in films like Zero Dark Thirty or Guardians of the Galaxy, Pratt landed a small recurring role as Che Cook on The O.C. in the fourth and final season. He was Summer’s hippie friend at Brown University who inspired her to devote her time to being an activist and “saving the planet.”

Before Paul Wesley became the famous Stefan Salvatore on The Vampire Diaries, he played another “bad boy” role on The O.C. He was a kid from “the wrong side of the tracks,” named Donnie who befriended Ryan after they worked together at the Crab Shack. He was only in one episode of The O.C. because their friendship didn’t last long after Donnie pulled a gun on Luke at a party!

Paris Hilton was definitely well known when she appeared on The O.C. She’d already made a name for herself as a model and socialite, plus she already had one season of her own reality TV show, The Simple Life, under her belt. Her appearance on The O.C. was very brief. She played an actress named Kate who meets Seth and the gang run into at a club in Los Angeles and the two take a selfie on a camera flip phone.

Before we came to know her as Johnny Depp’s ex-wife, Amber Heard had a few small supporting roles and appearances in the beginning of her acting career. One of these gigs was an appearance in an episode of The O.C. She showed up in season 2 as a salesgirl with a bad attitude, during the episode “The Mallpisode” when Marissa, Ryan, Seth and Summer get locked in the mall one afternoon while doing charity work.

Today she’s Ryan Atwood, we mean, Ben McKenzie’s better half and co-star on Gotham, but back in the day she was just another guest star on The O.C. Morena Baccarin appeared in three episodes of season 3 as socialite Maya Griffin, the daughter of Henry Griffin, head of the board at Newport Hospital. Although she didn’t film any scenes with McKenzie’s character, this is most likely where the two first met. They are now engaged and parents to daughter, Frances Laiz Setta Schenkkan.

Colin Hanks was best recognized as Shaun Brumder from the film Orange County with Jack Black when he appeared on The O.C. in 2004. His played Grady Bridges, the star of a fictional soap opera called “The Valley,” a show Summer was obsessed with.

This Canadian actress had a few small film and television roles before she graced the screen of The O.C. in 2005. Her role on the show was really small, but she did appear in two episodes. Her character’s name was Jodie, she was Alex’s ex-girlfriend who comes back into Alex’s life and interferes with her relationship Marissa. Today she’s better recognized for her role as Sloan McQuewick on Entourage (both the film and television series) and her role on The Mentalist.

He’s one of the biggest stars to have guest starred on The O.C.! Jeffrey Dean Morgan — who’s now best recognized for his roles on Supernatural, The Good Wife, Grey’s Anatomy, The Walking Dead and films like P.S. I Love You and The Resident — appeared on the teen drama series back in 2005 during season 2. Sandy Cohen was helping his ex-girlfriend, Rebecca with her case and Morgan played the role of Joe Zukowski, a man in prison who had knowledge about the case.

In 2007, Chris Brown began to expand his career outside of the music industry and into acting. He landed a small role on The O.C. as Will Tutt, a high school band geek who had a crush on Kaitlin. At this time, Brown was at the peak of his career, so we all knew who he was when he showed up on the show! Soon after he made his film debut in Stomp the Yard and was the opening act for Beyonce on her The Beyonce Experience tour. In more recent times, he’s become a controversial artist, but still records music and performs.

Pretty Little Liars actress Lucy Hale played Marissa’s little sister Kaitlin’s roommate at boarding school. She appeared in one episode of the third season! At the time she was probably unrecognizable with only a few small roles under her belt, but now she’s one of the leading ladies on a hugely popular television show and is a credited film actress.

Jaime King was the lucky lady who had Seth Cohen, played by Adam Brody, lick whipped cream off her on a spring break television commercial! Her small appearance on The O.C. as Mary-Sue came after she’d already made a name for herself as an actress with roles in films like Pearl Harbor and Bulletproof Monk, so many people already knew who she was! She was only in one episode, but it was a pretty awesome guest appearance!

Before she played the rich and spoiled Naomi Clark on 90210, she landed the role of another spoiled rich kid! In one of her first acting roles, McCord appeared in one episode of The O.C. back in 2006 as a random “hot girl” at a party in season 3 who wants to get high and Marissa catches making out with Volchok. Two years later she landed her lead role on 90210!

Janel Parrish played Ashley Benson’s ex-best friend on Pretty Little Liars for all seven seasons, but before before she became well known as Mona, she appeared on The O.C. in season 4 as Leah. It was a very small role. At the time she’d only done a handful of acting gigs. But looking back it’s pretty cool to see her on the show and beside her future co-star Ashley Benson nonetheless!

Yet another Pretty Little Liars actress! Ashley Benson showed up on The O.C. back in season 4 as a popular girl who butted heads with Marissa’s little sister, Kaitlin. Her role on PLL is much nicer today!

Many people might think that Big Little Lies actress, Shailene Woodley, started out on the TV series Secret Life of the American Teenager, but she actually got her start way back in the day on the first season of The O.C.! She played little Kaitlin Cooper before they sent her away to boarding school. When her character came back she was replaced with Willa Holland.