Home » Entertainment » TV » Top 9 Things We Wouldn’t Have Without The O.C. 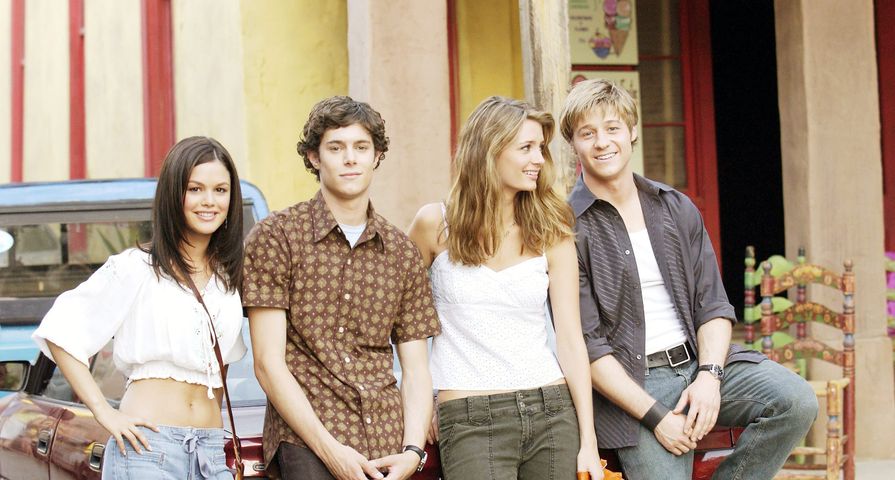 Fox’s The O.C. burned bright and faded away too quickly, but they packed a lot into its 92 episodes over four seasons. In that short time, the show had its ups and downs, critically and with audiences. And it managed to influence many different aspects of pop culture in many different ways – both good and bad. It may not have lasted as long as other teen dramas of its kind but it has had an everlasting impact on fans. Here are nine things we wouldn’t have in current pop culture if The O.C. had never aired.

Every once in a while an actor or actress bursts onto the scene and immediately into our hearts. Mischa Barton is not one of those actresses. Barton and her character, Marissa Cooper, just didn’t work. It seemed like everyone else on the show “got” what the show was – simultaneously a teen soap with all the drama of a teen soap, but also occasionally a comedy that poked fun at itself. Marissa just seemed to drag things down. She and the actress who played her didn’t seem to get the lighter side of the show. In some ways she was a darker, less likeable, female version of Dylan from Beverly Hills 90210: troubled, deals with addiction and a broken home, has disappointing parents. Ultimately, the producers killed her off in a car accident at the end of season three. During her run on the show, Barton gained a bad reputation for her on- and off-set behavior and has said in a 2014 interview if given the chance to go back in time, she wouldn’t have done the show.

We’ll leave it to you to decide whether or not this is a good thing, but it’s a thing nevertheless. The O.C. sparked a cultural fascination with the fancy-schmancy beach-side lives of Orange County rich folks. So producers over at Bravo thought, “let’s show everyone the real deal” and created The Real Housewives of Orange County. Of course, how “real” that deal is is up for debate, with most of the drama likely staged to some degree. But somehow this show has lasted two and a half times longer than the show that spawned it, at 10 years and counting – and, of course, it spawned a number of spin-off shows of its own, featuring pouty, plastic rich women all across America.

7. The Californians on Saturday Night Live

When it comes to this recurring sketch on SNL, a lot of people are of two minds: it can be a little tedious and “inside” with all the California-specific references, or funny for the accents, actors breaking character due to laughter, and intentional overacting. Regardless, it may never have been a thing without The O.C. First of all, there’s the setting and overly dramatic storylines (such as they are). Then there’s the rich versus poor angle (see Ryan’s poor background versus everyone else on The O.C.). And, finally, there’s the classic line, “What are you doing here?” It’s a line Marissa said a lot on the show, and, not coincidentally, it’s a line they say a lot in each “The Californians” sketch. Of course, with their overblown, mumbly SoCal accents, it sounds more like, “Whaaroodooneere?”

Think back to Beverly Hills 90210. Remember the parents on that show? Jim and Cindy Walsh: super nice, but BORING. And most of the other parents were either equally boring (see David’s dad) or completely implausible (see Dylan’s dad). But on The O.C., suddenly there were parents who appeared to be much younger and prettier than parents of teens on other teen dramas – which made them more watchable on an aesthetic level – and they had storylines that were just more compelling. It’s so easy to root for Sandy and Kirsten. They’re the most like normal people: grounded and nice and madly in love for the most part, but they also struggle with normal human flaws. Julie Cooper’s hilariously devious ways never fail to entertain, but she also shows a very vulnerable side at times as well. The only real exception to this rule is Marissa’s dad Jimmy, who is just kind of pathetic.

So there was the show we all watched, The O.C., with our friends Seth, Ryan, Marissa and Summer. That’s level one. Level two is the teen drama within the teen drama called The Valley, which takes place in nearby San Fernando Valley rather than Orange County. It was basically the same show, and Summer was obsessed with it. Then there’s level three, which is that not only, as we mentioned earlier, did The O.C.  spawn a reality show in The Real Housewives of Orange County, but The Valley spawned a fictional one in Sherman Oaks: The Real Valley. Level four is Seth’s comic book based on Atomic County, which satirized life in Orange County. Finally, level five is the show’s breaking of the fourth wall, to some degree, when they slyly acknowledge things in the outside world, like when Seth says, “We tried some new things… last year was just better,” in reference to critical words about season two. Soon after, we’d see some of this in Veronica Mars.

Lots of teen-based shows that came before The O.C. used teen-friendly music, but few had the same kind of success in exposing the world to critically acclaimed music that wasn’t played on the radio all the time. Sure, there was some R.E.M. on Beverly Hills 90210, but they got tons of airplay before that. The O.C. stakes their claim to indie music dedication right off the top, using Phantom Planet’s “California” as their theme song. Credit goes to music supervisor Alexandra Patsavas, who not only acquired the sweet tunes to play in the background, but also coaxed bands to play on the show – bands like The Killers, Modest Mouse and The Thrills. Perhaps most significantly, Seth loves Death Cab for Cutie, and three of their songs are featured on the show. This exposure helped propel the band to much higher status, with charting singles.

Back in the summer of 2003, when The O.C. premiered, nerds were still nerds. They were outcasts to be mocked by the cool kids; lovers of comic books and chess and science fiction and video games. Then along comes Seth Cohen. He doesn’t just read comic books – he makes them. He’s into bands nobody else has heard of. He’s smart. He plays video games. He’s kind of scrawny and awkward at times. He’s a total geek. But he’s also super cool and hilarious. Thanks in part to this portrayal on this show, today we have the phenomenon of “geek chic.” Comedies featuring nerdy characters like Big Bang Theory and Silicon Valley are immensely popular. Real-life nerd/comedian Chris Hardwick has built the Nerdist empire, thanks to his love of stereotypically nerdy things. And it seems like half of the top grossing movies every year for the past 10 years have been based on comic books.

Speaking of Seth’s awesomeness, it wouldn’t be the same without the character being inhabited by actor Adam Brody. Shortly after a couple of multi-episode runs on MTV’s Now What? and Gilmore Girls, the real-life Southern California boy got his big break as one of the leads on The O.C. and arguably stole the show. Like we said earlier, he was so good as a “cool nerd” that he helped spark a nerd phenomenon in pop culture. Like most actors in teen dramas, he was much older than the age he was playing – Brody was 23 when the show premiered – but he legitimately looked like a teenager and played all the nuances of a funny, awkward teen to perfection. All this begs the question: Why isn’t Adam Brody in everything? Sure, he has been in a lot of things since the end of The O.C., but nothing has really stuck.

This may be the greatest legacy of The O.C.: the holiday Seth made up to simultaneously celebrate his father’s Jewish side (Hanukkah) and his mother’s Christian side (Christmas). It does sound pretty great, as Seth explains, it’s “eight days of presents followed by one day of many presents.” Seth’s enthusiasm for the made-up holiday makes it all the more great. The season one Chrismukkah episode is, not surprisingly, full of drama with Marissa getting drunk, Ryan getting angry and Seth having to choose between Summer and Anna, but in the end the Cohen family (plus Ryan) are happy together, celebrating the season. In season two, it seems like the whole town is being invited to the Cohen’s house for Chrismukkah dinner. Crazy revelations are made, people are slapped, vases are thrown, Kirsten locks herself in a bathroom, but in the end everyone comes together. And the final one is the most heartwarming of all, as Sandy and Kirsten declare it the best Chrismukkah ever.