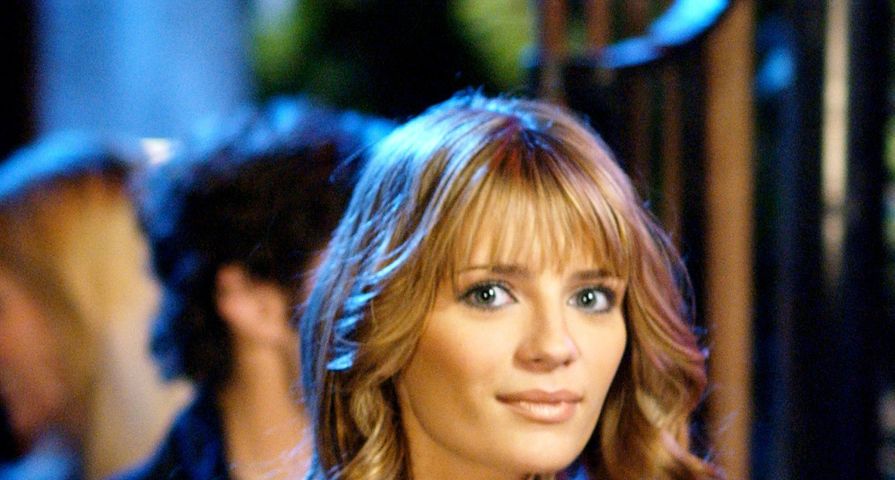 When “The O.C.” first premiered, no one had any idea that it would become the pop culture phenomenon that it became. The creator, Jason Schwartz, was only 26 at the time and had never produced a TV show before. When he wrote the pilot episode, he was in his boxers. Somehow, this all turned out to be the recipe for a massive hit. Many of us are still quoting “The O.C.” and wondering what would have happened had Marissa Cooper survived that awful car crash. Would she have finally gotten her life together? We’ll never know! Since “The O.C.” was such a beloved show, let’s take a look at 10 things that many of us probably don’t know about the series.

The pool in the Cohen family’s backyard was super shallow. In fact, it was only 4-feet deep.

Because of this, the cast had to film scenes in the pool on their knees.

Marissa Cooper’s little sister Kaitlin was initially played by Shailene Woodley during season one, but the role was recast during season three. Willa Holland then took over the role.

Woodley had to re-audition for the role before she was replaced by Holland. “I was 11 and I was on as a guest, recurring character, or whatever. My character went to boarding school and when they decided to bring her back, they actually re-auditioned me to bring her back. But I didn’t go through puberty until late…So, there was no weirdness when Willa Holland got it because she was so obviously right for the role…and I was so obviously not,” Woodley said.

Rachel Bilson’s character Summer Roberts was only meant to appear in a few episodes during the first the first season, but she was offered a contract to become a regular because she was so popular with the viewers.

She was added to the opening credits in the episode “The Countdown.”

Melinda Clarke – who played Marissa’s mom, Julie Cooper – was originally billed as a guest star in the first few episodes.

She was then offered a contract to become a series regular because of the fan response.

Adam Brody didn’t initially land the part of Seth Cohen because he improvised the dialogue during his audition. “When he first came in to audition, it was pilot season and he was going on dozens of auditions, and he didn’t really bother to learn the lines, so he just came in and I was like, ‘What scene is he doing? Is this even from our show?’” creator Jason Schwartz recalled.

Producers called Brody back a month later for another screen test and this time he learned his lines and landed the part.

“And we really wanted to cast somebody who was not only a terrific actor but also somebody with a real profile. Who, when you heard they were playing the dad in this show, you realized, ‘Oh, this is not just a show about the kids. It’s also going to be very much about the adults.’ And Peter really lent the gravity to that role, and also the profile to the show,” Schwartz said.

According to Schwartz, the Cohen’s last name was initially going to be Needleman.

“I think, at one point, the Cohens were called the Needlemans – they were going to be even more Jewish than they ended up being,” he said.

For the role of Marissa Cooper, it was down to Mischa Barton and Olivia Wilde.

“The two finalists for the Marissa role were Mischa Barton and Olivia Wilde. Olivia had just moved to L.A. and she was terrific, but she has such a strong persona that she didn’t need rescuing,” Schwartz said.

Chad Michael Murray was offered a role on “The O.C.,” but he turned it down to appear on “One Tree Hill.”

Garrett Hedlund was originally cast as Ryan, but had to drop out because he was cast in “Troy.”

When producers were casting for the role of Marissa Cooper, they initially wanted “the most beautiful girl you have ever seen.”

Mischa Barton was chosen because of her “awkward beauty.”