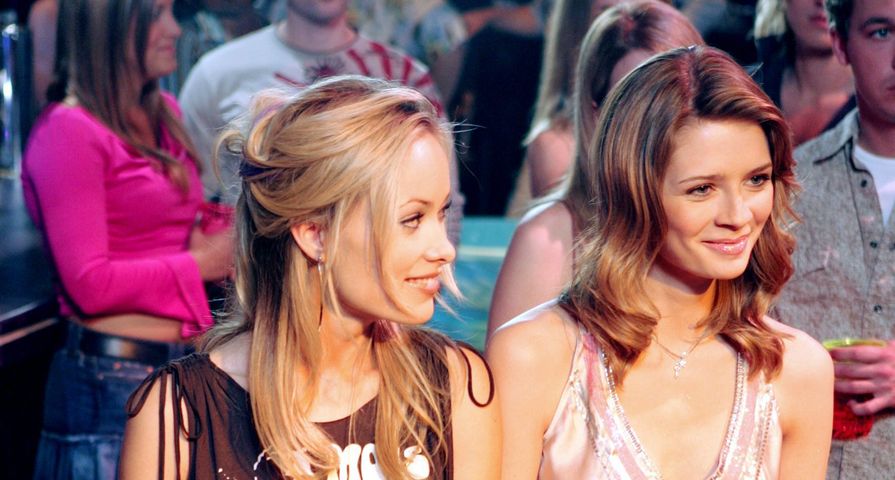 Throughout the four seasons of The O.C., many different couples came and went. Some of them were good and some of them were really bad – so bad in fact that, when they broke up, many us were first relived and then angry with the writers for putting us through that. Since we all feel so passionately about couples on our favorite shows, we’re going to rank the top 15 O.C. couples from worst to best for you:

Marissa and Volchok looked hot together, but they were from two totally different worlds. Even though she desperately tried to fit into his, she couldn’t. When he cheated on her, she finally broke up with him, but he didn’t want to let go that easily. After following her and Ryan on their way to the airport, he ran them off the road, which killed Marissa. As far as dysfunctional relationships go on The O.C., it doesn’t get more toxic than this one.

We were supposed to root for Ryan and Marrisa, we really were, but they made it so hard! He came from the wrong side of the tracks and had anger issues and she was totally privileged and totally incapable of looking out for herself. He spent three seasons trying to save her from herself, but he couldn’t succeed. As if that wasn’t annoying enough, these two had absolutely no chemistry, which is why they are one of The O.C.’s worst couples of all time.

Ryan didn’t have any chemistry with Marissa and he also didn’t have any chemistry with Sadie, but these two were still pretty serious about each other. She was talking about following him to Berkley with her little jewelry business but, ultimately, it came down to the fact that were going to be in totally different worlds, which would only pull them apart, so like any mature women, she left him without saying goodbye.

Marissa and Luke looked really pretty together, but she was lusting after Ryan and he was cheating on her with one of her best friends. He even ended up having a fling with her mom after they broke up! While the relationship may have worked for them while they were in elementary school, in high school it became clear that they needed to branch out and start dating other people.

These two seemed to really get along on a more intellectual level. She could keep up with him in conversation but, other than that, they were pretty mismatched. She was a high school drop out who liked to drink and party all the time, while he was pretty straight laced. He tried to show her that he could fit into her world, but he wasn’t enough of a bad boy. The one good thing about the relationship, however, is that she did help him to stop obsessing about Summer.

Julie and Caleb, also known as “The Gruesome Twosome,” did not make any sense as a couple. She was obviously after his money and he enjoyed the company of much younger women. They obviously weren’t going to last long-term. During their first and only year of marriage, she was having an affair with her ex, Jimmy, and he was busy trying to hide evidence of his illegitimate daughter, Lindsay. When Caleb was finally done with the marriage, Julie was so desperate that she was going to poison him, which is definitely not a sign of a good relationship!

Ryan and Theresa both came from the same world; however, once he came to Newport Beach and was taken in by the Cohen family, he didn’t have much in common with Theresa except their pasts. At various times through season one through four, they seemed to be on the verge of getting back together but, unlike some of his other girlfriends, she didn’t seem to need him.

Julie and Jimmy definitely had their issues. She dumped him when he lost all of his money and then quickly moved on to Newport’s wealthiest man, Caleb Nichol. However, she did start to come to her senses at the beginning of season two, but then Jimmy left for Hawaii. When he came back at the end of the season after Caleb died, it was obvious that what these two had was the real deal. Unfortunately, during season three (arguably the weakest season of the show), they had to turn Jimmy into a criminal and have him leave Julie right before their wedding. Not cool.

Marissa and Alex were cute together, but they obviously weren’t meant to be. While they obviously liked each other, Alex was just another way that Marissa tried to get back at her mom. It also didn’t help that they came from two totally different worlds. Alex was used to fending for herself, but not Marissa. She didn’t even know how to do laundry and she was still pining after Ryan. When an opportunity to date to him again popped up, Marissa and Alex quickly broke up.

Ryan and Lindsay seemed like a good couple at first. They were both smart, academically driven and were both outsiders at their high school because neither one of them was born with an infinity pool in their backyard. Over time, however, their relationship became tiresome because she spent more time whining and crying about her relationship with her dad, Caleb, than anything. When she finally left Ryan and Newport to go live in Chicago, some of us were quite relieved.

Seth and Anna had way more in common than he did with Summer. They both loved comic books, sailing and seemed to be able to keep up with each other on an intellectual level. Unfortunately, they didn’t seem to have that spark. As Summer once said, they are kind of like brother and sister. While many of us were most definitely on Team Summer, we still think Anna was a close second because she and Seth had so much in common.

Zach and Summer would have been the perfect couple (after all, he was the perfect boyfriend), but she was still reeling from her breakup with Seth, so she was in no way ready for a new man in her life. Over the course of season two, it became quite apparent that she wasn’t going to get over Seth. Even though her and Zach did the whole on-again off-again thing, she obviously wasn’t ready for something uncomplicated and drama-free.

Out of all of the women that Ryan dated, Taylor was his best match. Unlike him and Marissa, he and Taylor had chemistry. They had the witty banter, similar goals and, most importantly, Taylor didn’t really need the same level of saving that Marissa did. She was just way more independent and wasn’t walking into really sketchy situations. In fact, during season four, Taylor is the one who saved Ryan from his black hole of misery. He was unable to get over Marissa’s death, but she helped him. We don’t think he had a healthier relationship than this!

Sandy and Kirsten definitely hit rough patches in their relationship but, like any truly good couple, they worked past it and their relationship became stronger as a result. In terms of interests, they didn’t have a ton in common, but they both valued family above all else, which is one of the reasons why their relationship worked so well and became a model for other couples on the show.

Seth and Summer had some of the best chemistry on The O.C. It’s pretty obvious that show was supposed to focus on the relationship between Ryan and Marissa, but Seth and Summer literally stole the show and, by the fourth season, it centered mostly around their relationship. In terms of primetime dramas, these two are one of the best couples of all time. Even though they didn’t have a ton in common, it was their chemistry and their ability to keep up with each other that made them one of the greats.