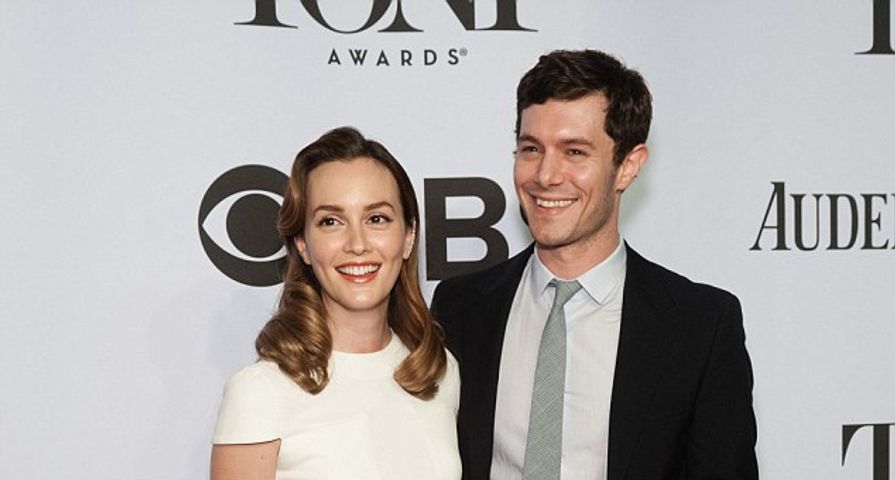 When news broke that Seth Cohen and Blair Waldorf…we mean Adam Brody and Leighton Meester…were officially an item, fans were so excited! Both actors played iconic teen characters from two of the most widely popular teen dramas, The O.C. and Gossip Girl. It was the perfect crossover of the two best CW shows and most beloved characters. Ever since the two started dating, they’ve kept their relationship extremely private. They rarely ever appear in public together or speak about one another in the press, so not much is known about them! Don’t worry, we’ve done some digging and found 8 interesting things you probably didn’t know about Adam Brody and Leighton Meester’s relationship!

The most logical explanation would be that these two were both introduced by Josh Schwartz, the mastermind behind both The O.C. and Gossip Girl, but that’s actually not the case! Their first real encounter with each other was on the set of The Oranges, a 2011 independent film, but at that time Meester was dating someone else. It’s unclear when exactly the two started dating, but they decided to go public with it in early 2013 and were spotted out and about on various dates. According to a source at US Weekly, Meester had a crush on Brody before they started dating!

Things moved extremely quickly in their relationship, or at least it appeared that way from the outside. Nine months after Leighton Meester and Adam Brody went public with their relationship, it was revealed the couple was engaged. Three months later, the two pulled off the unthinkable when they secretly wed in February 2014! Prior to the news of their wedding, the secretive couple were spotted relaxing at Mexico’s St. Regis Punta Mita Resort from Feb. 12-15, just a few weeks after Meester’s reported bachelorette party at West Hollywood restaurant, Hamburger Mary’s.

FilmMagic
Things You Might Not Know About Harry Connick Jr. And Jill Goodacre's Relationship

At the time of their wedding, Meester was 27 and Brody was 34, and even though neither of them ever spoke about the event or even confirmed it happened at the time, she told InStyle U.K. that her priorities have changed since she got married. “My values have shifted greatly in terms of what I find important. It’s my family, my friends and having a personal life. Those are the things that need nurturing.” She’s definitely nothing like her Gossip Girl character!

It was revealed in May 2015 that Brody and Meester were expecting their first child, although neither one ever spoke publicly about their pregnancy. In July, Meester was spotted out and about sporting a big baby bump which also happened to be the only time she was ever publicly photographed during her pregnancy. In late September it was announced the couple had welcomed their child, a daughter named Arlo Day, and TMZ got their hands on the birth certificate which revealed the two had been parents for nearly two months before the public even learned about it! She was born on August 4, 2015 at 12:12 a.m. at Whittier Hospital in Whittier, California.

We’ve all accepted the fact that Meester and Brody are a notoriously private couple who aren’t interested in sharing much of their lives with us. We had all assumed the two were protecting their personal life, especially Arlo’s. This is probably true too, but recently Meester revealed another reason as to why she’s kept mum on her home life — she doesn’t want to be typecast in the mother role. “I don’t talk about Arlo very much. I am very proud of that area of my life. But I’m also really proud of the show, and of the work I do. I think the perception is: You’re an ingenue, or you’re an icon, or you’re a mom. There’s no in between,” she said.

In an interview with Newsday back in 2014, Meester finally spoke about her husband Brody and what it was like working with him in the film Life Partners. She started off by playfully referring to him as “that pesky guy” and said them working together wasn’t planned. “That came along just by chance. I was like, ‘I’m gonna be playing the person you’re not dating. That OK? I’m gonna be playing the opposite of that.’ And yeah, I’m biased — but he’s incredible in it,” she said. In another interview on The View back in 2014, Meester commented on the topic of working with her husband and said: “I always want to work with people that I like and love and people that I’m friends with. It’s nice to mix business with pleasure.”

Adam Brody interacted with his fans during an Ask Me Anything session on Reddit back in 2014 and, surprisingly, fans didn’t ask too much about his new wife, Leighton Meester, but there were a few. One participant asked how many kids the Grind actor wanted to have with the Country Strong actress and he jokingly replied, “I say twelve. And I decide.” This might hint that the two want a big family! Another fan asked what life was like in their household, i.e. who does the laundry. “I do some stuff but she definitely does the heavy lifting (figuratively). Literally, I do the heavy lifting.” In a separate interview, Brody also revealed when it comes to his daughter Arlo, he really enjoys spending time with Meester building “the kids stuff” around his house like Arlo’s slide and rocking chair.

In an interview with People magazine, Brody gave fans a teeny tiny glimpse into his personal life when he revealed his favorite tradition with his daughter Arlo, who is almost 20-months. Their favorite tradition? Brody, Meester and Arlo like to go for hikes. “I do a nice morning hike with my daughter. That’s always a treat. It’s something to do in the wee hours of the morning when she’s up. It’s a good activity for both of us. We hike around the house. Watching the sunrise with a kid is pretty fun. I have her in the [Baby] Bjorn,” he said. One of the first photos of Arlo released in the media was of the couple on a hike near their home in California with Arlo strapped to Brody’s chest in a carrier.