Home » Entertainment » TV » 10 Most Memorable Episodes Of The O.C. 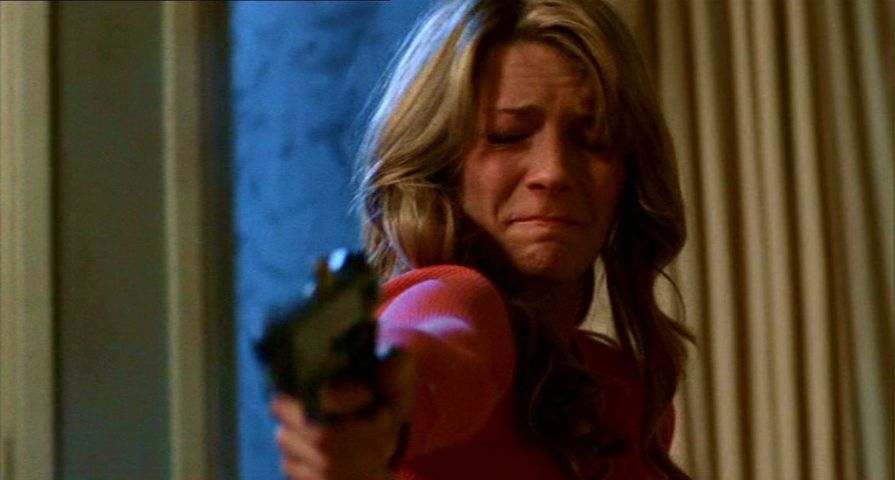 “The O.C.” was definitely one of the best teen dramas, especially if you only consider the first two seasons. The music was great; the characters had great chemistry (for the most part); and he storylines were really interesting. It kind of makes us sad to remember the good times cause it’s gone now and, before it was completely over, it really went really downhill. With any relationship, it’s always best to focus on the positive, so that is what we are going to do with one of our favorite teen dramas. Today, we’re looking at the most memorable episodes of “The O.C.”

No one really liked season three, but it did have a couple of memorable episodes, one of which included Johnny’s death. The poor guy didn’t take it so well when Marissa told him that she was only his friend and would never love him. He went on a drinking binge with her little sister Kaitlin, which ended with him falling off of a cliff. Johnny wasn’t a particularly likeable character, but no one expected him to die so tragically.

When season two opened, all was not well in Newport. Seth had run away to Portland and was staying with Luke. Ryan was living with a pregnant Theresa back in Chino. Both Marissa and Summer were in Newport. Summer had moved on from Seth, but Marissa was struggling with alcohol and depression because of Ryan’s absence. All was not lost though! After Theresa told Ryan that she lost the baby, he and Seth both head back to Newport, which meant only one thing: Season two of “The O.C.” was going to be just as good as season one.

So much happened in The Rainy Day Women. Lindsay found out that Caleb is her biological father and she was about to move in with him, but then changed her mind and moved to Chicago with her mom, leaving a very heartbroken Ryan. Marissa told her mom that she was in a relationship with Alex, which left Julie pretty stunned. Summer was about to go to Italy with Zach, but then changed her mind at the last minute. She ran to Seth and they shared the famous “Spiderman” kiss. It was sad, romantic and funny all at once and will definitely go down in history as one of the more memorable episodes of “The O.C.”

The season one finale, “The Ties That Bind,” was full of drama. Julie and Caleb got married; Caleb had blackmailed Marissa to live with them; Theresa was pregnant with Ryan’s baby and wanted to go raise it in Chino; Seth couldn’t handle the fact that Ryan was going to be leaving, so he sailed off into the distance. The season finale ended the same way that the pilot did – with Ryan watching Marissa standing at the end of her driveway as he drives out of the neighborhood.

In “The Return of the Nana,” Seth embarrassed himself on live television and Summer got even with him by kissing Zach. The most dramatic part of this episode though was when Trey confused Marissa’s friendship for attraction and attacked her on the beach after a night of drinking. It was after this episode that many of us knew that the Ryan/Marissa/Trey love triangle was headed in a dangerous direction.

The Escape was definitely memorable. Under the guise of going to Comic-Con, Seth and Ryan headed to Tijuana with Marissa and Summer. Seth and Summer’s chemistry was electric and Ryan and Marissa’s pseudo-friendship was starting to become romantic. Marissa finally dumped Luke when she caught him cheating with one of her best friends at a club in Mexico, but she didn’t handle it so well. She tried to overdose on painkillers, but was saved at the last moment by Ryan, Seth and Summer. Who can forget that scene when Ryan carries her out of the alley! It is forever etched in our minds.

Season four of “The O.C.” wasn’t especially memorable; however, the finale episode was. We got to see Summer and Seth finally make it down the aisle; Sandy was teaching law classes; Julie graduated from college, proving that Newpsies can change; and Ryan had become an architect. The last four minutes of the episode were especially touching. As Ryan left the Cohen home one last time, we got to relive some of those beautiful memories of when he first moved in with the Cohens, including the scene in the pilot where he watched Marissa in her driveway as he drove off with Sandy.

“The Graduates” was the most dramatic out of all of the season finales of “The O.C.” Just when it looked like Marissa was going to get out of Newport and start a new life working on a boat, an angry and drunken Volchok ran her and Ryan off the road as they headed to the airport. While Ryan managed to get out of the car unscathed, Marissa didn’t. She died in Ryan’s arm as the car burst into flames in the background. At that moment, we knew that “The O.C.” would never be the same.

The pilot is memorable for some many reasons. It first introduced the wealthy and scandalous world of “The O.C.” In the episode, we saw that Marissa’s father was in serious trouble; Ryan was arrested for stealing a car; Sandy was out to save the day; and Seth was socially invisible. By the end of the episode, Seth and Ryan were at a Newport rager in an epic fight with some polo players. After this, we were pretty eager to see more of Ryan, Seth and the Newport social scene.

Season two’s finale “The Dearly Beloved” was even more dramatic than season one’s. Caleb had died and all of the characters – even Jimmy and Hailey – came back to Newport for the funeral. Kirsten hit rock bottom, but she agreed to go to rehab. Everything went completely out of control though when Ryan found out that Trey had attacked Marissa. He went to Trey’s and attacked him, only to get beaten senseless. Just when it looked like he might kill Ryan, Marissa came in and shot Trey with his own gun. This episode had many us super excited for season three, but we were all in for a rude shock.