Home » Entertainment » Celebrities » Cast Of Gossip Girl: How Much Are They Worth Now? 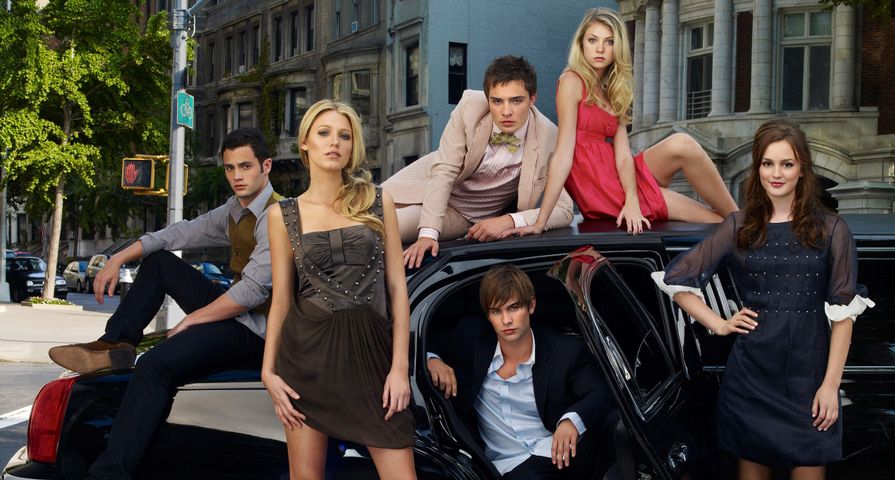 Gossip Girl had an impressive six season run from 2007-2012 and quickly established itself as one of the teen drama series of the late 2000s with its intriguing storylines and of course a gorgeous and talented cast. Fans were quickly pulled in by the elite of the Upper East Side and those just trying to fit in and the show’s popularity made it a breakout role for many young Hollywood stars. Over the course of the series, there was a revolving door of new characters, new plots and new interests, but most of the original cast stood through for all of it, earning a pretty good payday and a step into even bigger roles. Three years after the show aired for the last time, let’s find out how much the cast of Gossip Girl are worth now!

Estimated Net Worth: $2.5 Million. Taylor Momsen started acting when she was really young and was best known as Cindy Lou Who from 2000’s How the Grinch Stole Christmas before landing the role of Jenny Humphrey on Gossip Girl. She had appeared in other films beforehand and had quite the acting resume, but turned her focus to music, causing her to eventually be reduced from a series regular following the show’s third season. Even though she has not continued to act, her band The Pretty Reckless has been making waves and hits in the rock music scene and the singer made an estimated $120,000 in 2014 from the album earnings of “Going to Hell.” Altogether, the 22-year-old is doing pretty well with an estimated net worth of $2.5 million.

Estimated Net Worth: $2 Million. If the drama of the teens on Gossip Girl wasn’t enough, there was of course all the drama of the parents, led by Matthew Settle who played Rufus Humphrey over the course of the show. Settle had been working steadily since 1996 appearing in I Still Know What You Did Last Summer, Band of Brothers, ER, and The Express, landing projects in both film and television. Since the end of Gossip Girl, Settle has continued acting and has appeared in a couple TV movies as well as the paranormal thriller Ouija. His time on Gossip Girl earned him notoriety and a couple of Teen Choice nominations, not to mention a steady paycheque and now has a net worth of $2 million.

Estimated Net Worth: $1 Million. Unfortunately for actress Kelly Rutherford, her net worth does not reflect the amount of work she has put in over her career. Rutherford is best known for her role as Lily van der Woodsen on the CW series, but she has been acting since the ’80s and has been in many shows and films. She has appeared in Generations, Homefront, Melrose Place, Threat Matrix and many others including films like Scream 3. Although she continues to act and rake in money for her talents, it was revealed in 2013 that Rutherford is almost bankrupt because of a nasty and lengthy custody battle with her ex-husband over their two children. She is still estimated to have a net worth of $1 million, but has often stated most of her money is tied up in legal fees.

Estimated Net Worth: $4 Million. Before she was an actress, Jessica Szohr launched into the entertainment industry by modeling and at the age of six already had a national campaign with Quaker Oats. She launched her acting career in 2003 in the series My Wife and Kids and went on to appear in several shows such as What I Like About You, That’s So Raven, What About Brian, and CSI: Miami. She also been in movies such as Fired Up!, Piranha 3D and I Don’t Know How She Does It. Szohr became better known after her part as Vanessa Abrams in Gossip Girl and has continued working in films such as The Internship and Ted 2 and starred in Kingdom as Laura Melvin. Her modeling and acting career have treated her well as she is now worth an estimated $4 million.

Estimated Net Worth: $4 Million. Ed Westwick’s career began in the mid-2000s appearing in several British television shows such as Doctors, Casualty and Afterlife. He then moved into films appearing in Children of Men, Son of Rambow, S. Darko, and J. Edgar. He became widely known as Chuck Bass in Gossip Girl for the duration of the series, a role that won him Choice TV Villain two years in a row and Breakthrough Performance Male at the Young Hollywood Awards in 2009. His popularity landed him another starring role, this time on ABC’s Wicked City, and he has amassed himself a net worth of $4 million.

Estimated Net Worth: $3.5 Million. It is no surprise that Chace Crawford also began his career as a model and studied broadcast journalism before focusing solely on acting. His first big role could be considered 2006’s The Covenant, which also starred Steven Strait and Taylor Kitsch, but he became widely known as Nate Archibald in Gossip Girl. His film career has continued with roles in the star studded What to Expect When You’re Expecting and Mountain Men, and he has also landed a starring role on another new TV series, ABC’s Blood & Oil. Crawford already has a net worth of $3.5 million, which will only get bigger if Blood & Oil is a success.

Estimated Net Worth: $8 Million. Penn Badgley has had one of the biggest careers so far out of all the Gossip Girl actors and it all began with Children’s Theater and voice over work. He completed high-school early to focus on acting and made his first TV appearance in 1999 on Will & Grace. He then had a recurring role in 2000 on The Young and the Restless. From there, he continued to land roles in different TV series including The Mountain and The Bedford Diaries, and gained wider recognition as Scott Tucker in 2006’s John Tucker Must Die and of course in 2010’s Easy A. He has continued to act since Gossip Girl last aired, but in no major roles, however, it hasn’t hurt his bank account. He has an estimated net worth of $8 million.

Estimated Net Worth: $5 Million. Leighton Meester has branched both into acting and singing, which has broadened her career; however, she is still best known as Blair Waldorf on Gossip Girl. She began acting with episode spots in shows such as Law & Order, Boston Public, and Once and Again. Meester has also been in several films including Inside, Killer Movie, Date Night, Going the Distance, Country Strong, The Roommate and That’s My Boy. In 2011, Meester sued her mother alleging that the money she was sending to help care for her younger brother with health problems was being used for other things by her mother, although her mom counter-sued, Meester won out. Meester continued acting following Gossip Girl, but took a break after her marriage to actor Adam Brody in 2014 and the birth of their first child in the fall of 2015.

Estimated Net Worth: $16 Million. Blake Lively might be the most recognized star to be involved in Gossip Girl. She was fortunate in her breakout role being only her second acting part ever, when she landed the role of Bridget in 2005’s Sisterhood of the Travelling Pants. She also starred in Accepted, Simon Says and Elvis and Annabelle before getting the lead role of Serena van der Woodsen in Gossip Girl. She has been in several other big movies including Green Lantern, Savages, The Town and Age of Adaline and in 2012 made $600,00 alone off her salary from the show Gossip Girl. She also has several big name endorsements that have bolstered her bank account and, although Lively recently had to close down her lifestyle website Preserve, she has more than enough money to recover from that financial hit. Of course, she is also married to actor Ryan Reynolds who has his own net worth of $45 million to go along with her own impressive net worth of $16 million.