Home » Entertainment » Celebrities » Cast Of Shameless: How Much Are They Worth Now? 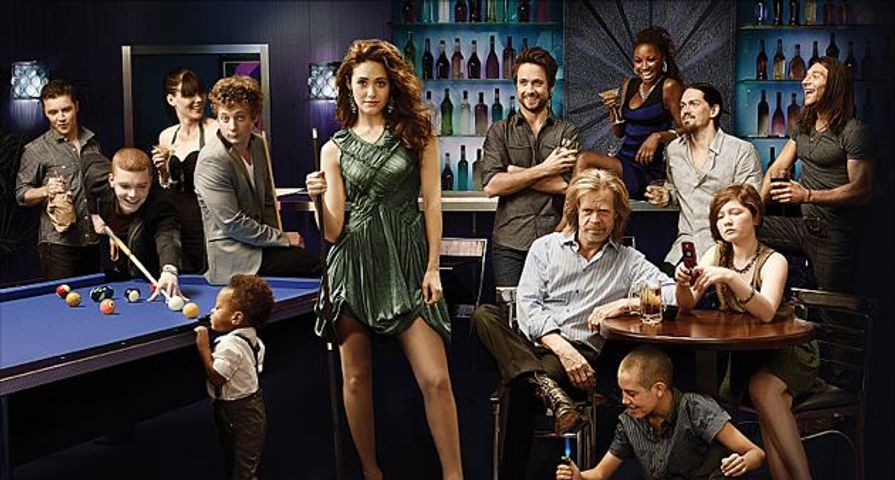 Shameless is one of the few series that was based off a British series to be as well received as the original. The Showtime comedy/drama is extremely unique and stands apart from the many heart-warming family sitcoms that are on TV, as it depicts the very dysfunctional Gallagher family. The series has hit home with fans and has now gone through seven seasons since first premiering in January 2011, and the stars are certainly enjoying being part of such a successful show! Check out how much the talented cast of Shameless is worth now:

Estimated Net Worth: $2 Million. Justin Chatwin has a pretty impressive resume which includes several film and TV roles and it all began back in 2001. Within the same year Chatwin landed a single episode role in the pilot of the hit series Smallville and also appeared in the film Josie and the Pussycats. He has gone on to star in films such as War of the Worlds and The Invisible and has appeared in series such as Weeds, Orphan Black and American Gothic. Of course, he is best known to many for his role in Shameless as Steve/Jimmy Lishman. All together his hard work has paid off to an estimated net worth of $2 million. 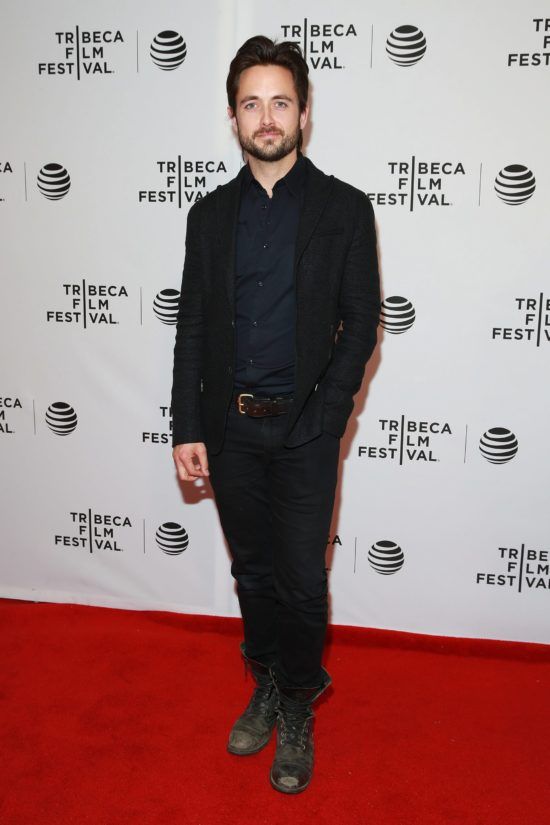 Estimated Net Worth: Unknown. After beginning her acting career in theater at the Stella Adler Conservatory, actress Isidora Goreshter appeared in many small on-screen roles in series such as 2 Broke Girls, and Ben and Kate as well as films including Paranoia and A Leading Man. With only 20 acting credits to her name, her biggest claim to fame is as Svetlana through 41 episodes of Shameless. With few big names roles, Goreshter’s net worth remains unknown. 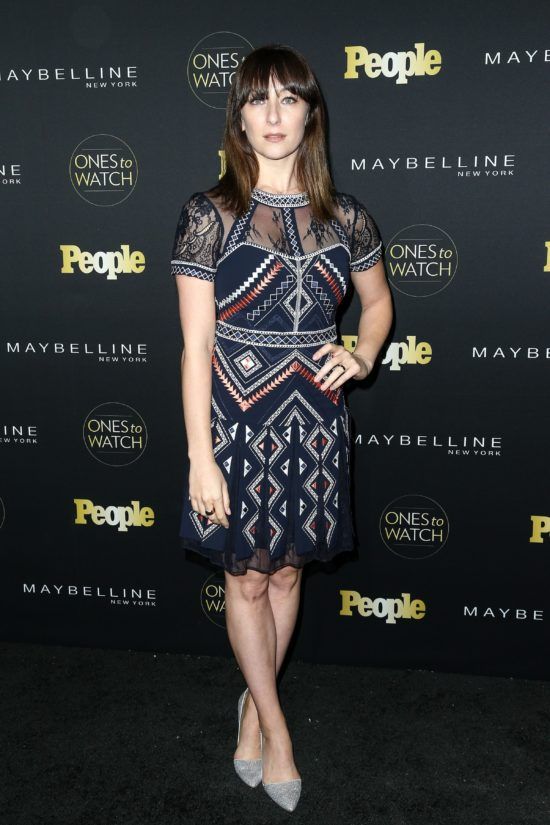 Estimated Net Worth: $3 Million. After beginning his on-screen career in 1999 by starring in the TV movie The Sheldon Kennedy Story, Noel Fisher has consistently worked to rack up an impressive 60 acting credits through film and television. He went on to star in the short-lived series You, Me and the Kids and is best known for his roles in Final Destination 2, Red, The Riches, and has starred as Michelangelo in the new Teenage Mutant Ninja Turtles films. Of course, from 2011-2016, he also starred as Mickey Milkovich in Shameless, all adding up to an estimated net worth of $3 million. 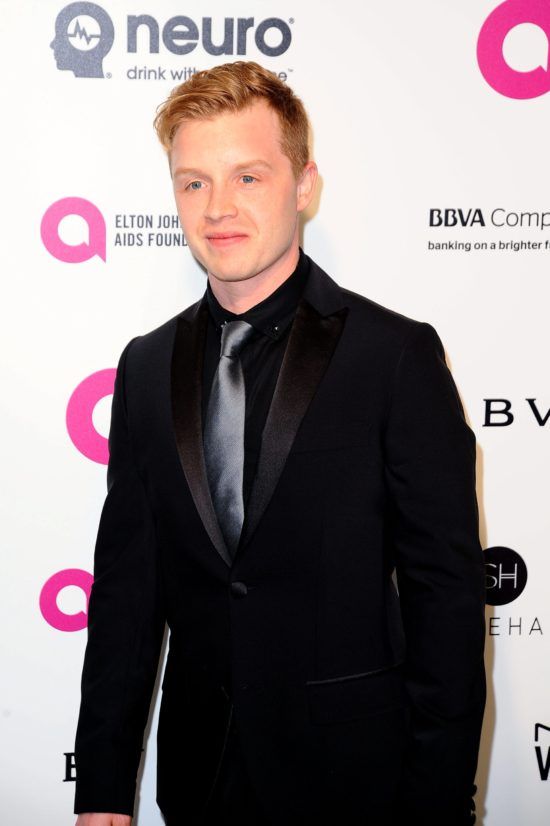 Estimated Net Worth: $6 Million. Joan Cusack has had an incredible career in Hollywood after going into the family business of acting. After graduating from University, Cusack’s first on-screen role came in 1980’s My Bodyguard and she went on to appear in Cutting Loose, Class, Sixteen Candles and Saturday Night Live. Her biggest break was in 1988’s Working Girl and has had a notable career in many hit films including Nine Months, Grosse Pointe Blank, Runaway Bride, Raising Helen, and of course voicing the beloved character of Jessie in the Toy Story franchise. From 2011-2015, she also starred in Shameless as Sheila Jackson, and now with 81 roles under her belt, she has an estimated net worth of $6 million. 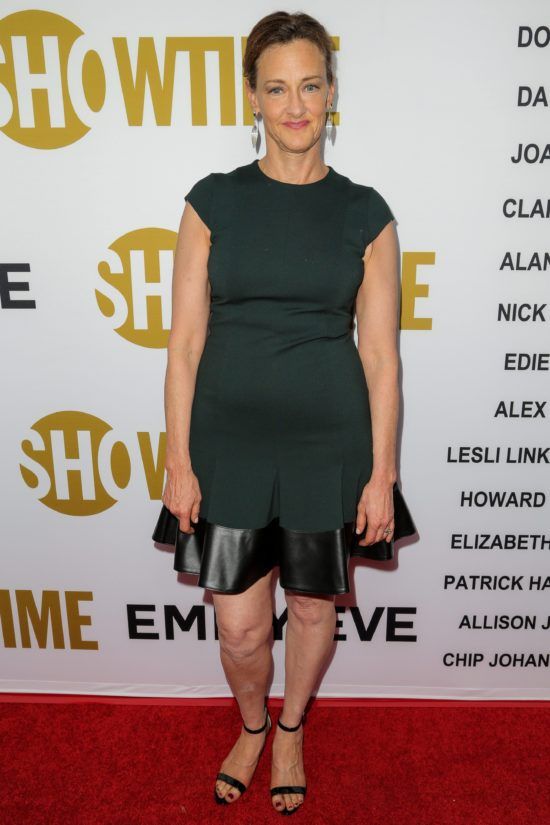 Estimated Net Worth: $1.5 Million. With an incredible 134 credits to his name, it is truly amazing Michael Patrick McGill does not have a higher net worth. In 2001, McGill began his career with a small role in Instinct to Kill, he went on to appear in several single episodes of popular series such as Touched by an Angel, Citizen Baines, Malcolm in the Middle, Charmed, NYPD Blue and so many more. Through it all, however, he is best known for his roles in Passions, ER, The Fosters and Shameless as Tommy. Although he has over one hundred acting credits, a lack of lead roles means McGill now has an estimated net worth of $1.5 million. 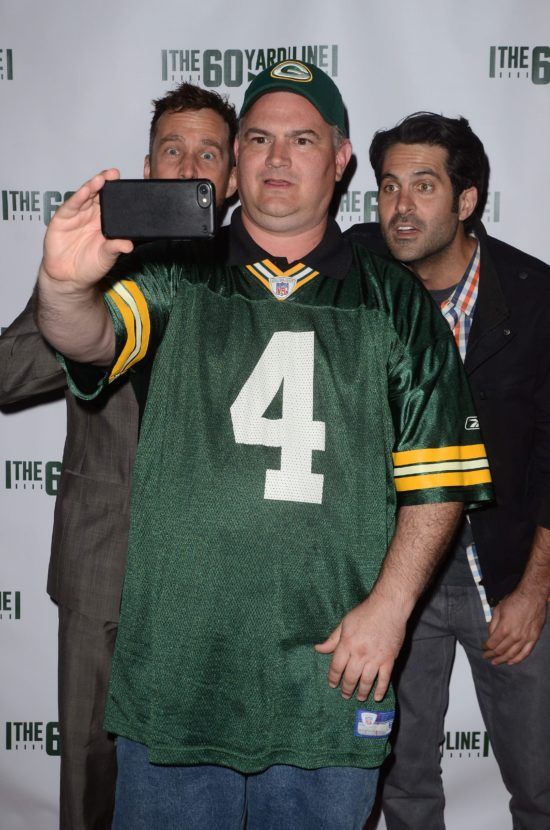 Estimated Net Worth: $2 Million. Cameron Monaghan began his career at only three years old and was on the cover of a catalogue by the age of five. He quickly moved into acting and appeared in many commercials as well as stage plays before starring in the made for TV movie The Music Man. He went on to appear in many other projects including Malcolm in the Middle, Click, Criminal Minds, The Mentalist, and Prom. Most recently he starred in the film adaptation of The Giver as well as Amityville: The Awakening and from 2011-2016 starred as Ian Gallagher in Shameless before taking on the role of Jerome Valeska in Gotham. All together, he now has an estimated net worth of $2 million. 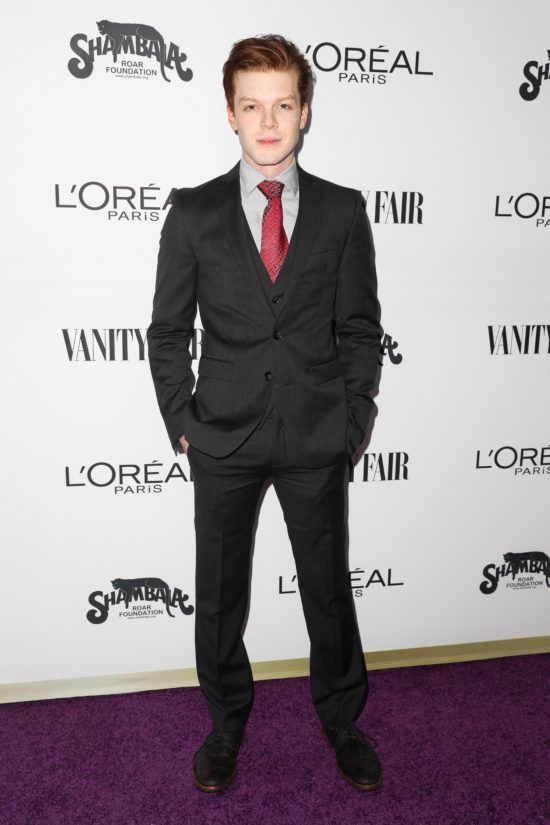 Estimated Net Worth: Unknown. At only 17 years old, Emma Kenney has already had 10 acting roles and directed her own short film which was a finalist at the New Jersey International Festival. After starting acting in commercials as a child she moved into TV acting with roles in many short films and a small part in Boardwalk Empire. Kenney is best known, however, for her long running role as Debbie Gallagher in Shameless, and despite her many successes so far, her net worth remains unknown. 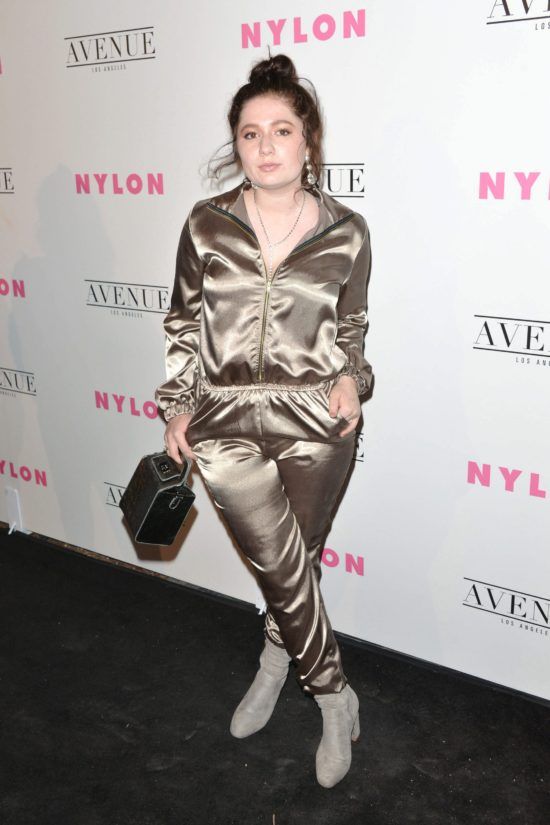 Estimated Net Worth: $2 Million. Steve Howey has taken on many different roles through the course of his career, and has impressed fans in them all. In 1998 he landed his first role in Class and went on to appear in Pacific Blue, Totally Tooned In, Get Real, ER, and The Drew Carey Show, but his big break and perhaps most memorable role of all was starring as Van Montgomery in the beloved series Reba. He has also starred in films such as Supercross, Something Borrowed, and Wrong Cops, but most recently has starred as Kevin Ball in Shameless from 2011-2016. Through all of his roles, Howey has accumulated an estimated net worth of $2 million. 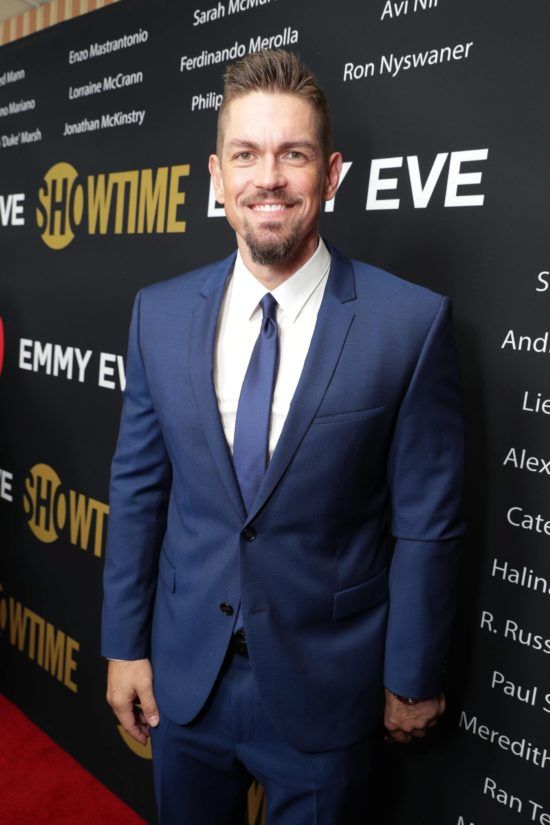 Estimated Net Worth: Unknown. While Jeremy Allen White’s parents might have given up acting in order to pursue jobs to support their family, that didn’t deter him from catching the acting bug as well. After growing up as a dancer in ballet, jazz, and tap, White switched to acting at age 13 and hasn’t looked back. In 2006 he appeared in an episode of Conviction and has since appeared in indie films such as Beautiful Ohio, The Speed of Life and Twelve and then in 2011 landed his best known role as Lip Gallagher in Shameless. With only 19 acting credits to his name and few major roles, White’s net worth is not known. 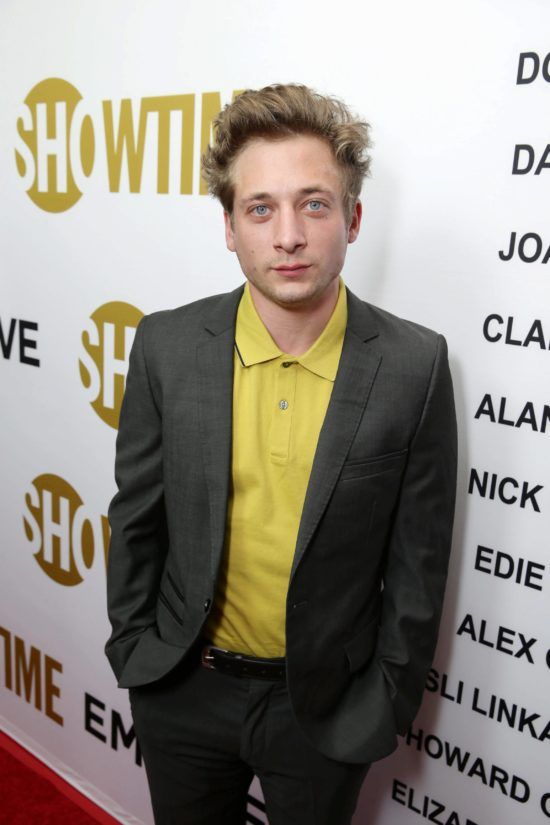 Estimated Net Worth: $800 Thousand. Shanola Hampton launched her on-screen acting career in 2001 in the series Popular, and her second ever role was alongside Shameless co-star in the series Reba when she appeared in the 2001 episode “The Steaks Are High” as Marci. Hampton has gone on to appear in several series and some films, but her longest-running role has been in Shameless from 2011-2016 as Veronica Fisher. Overall, Hampton’s hard work has led her to a respectable net worth of $800 thousand. 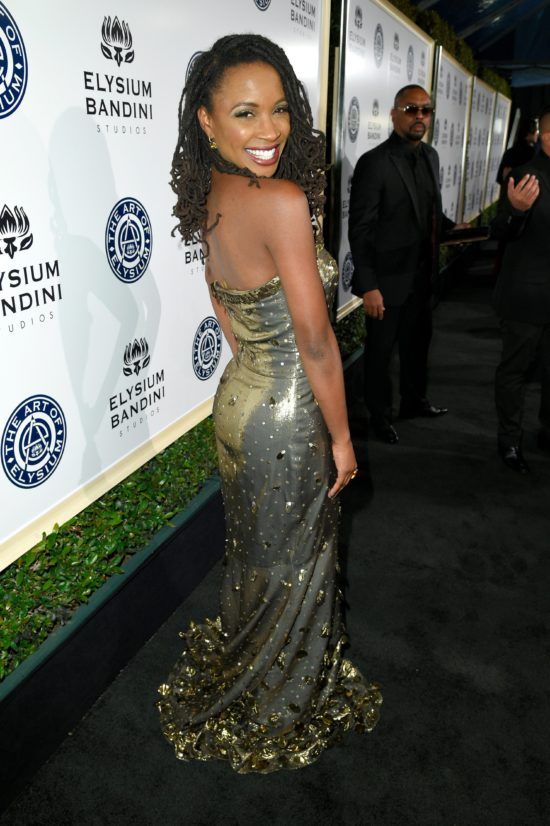 Estimated Net Worth: $1 Million. Ethan Cutkosky may only be 17 years, old but his talents have already led him to an estimated net worth of $1 million. In 2007 he got his big on-camera break with a role in the 2007 Vince Vaughn film Fred Claus and went on to star in The Unborn and Conviction, but is best known for his longtime role as Carl Gallagher in Shameless. Incredibly, even with only five acting credits, his net worth is already at one million dollars! 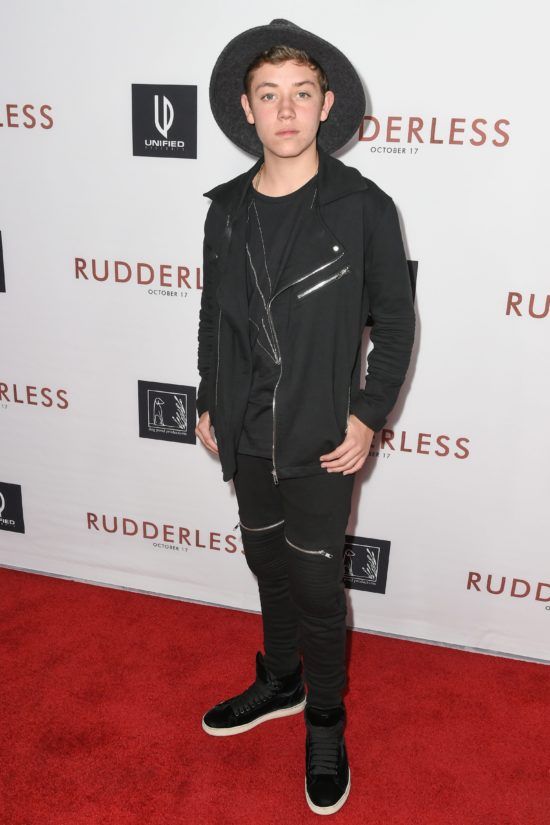 Estimated Net Worth: $12 Million. Emmy Rossum is one of those celebrities who it seems was destined to be a star. At seven years old she was welcomed into the Metropolitan Opera and sang with the iconic group for five years. At 12 she took to acting, and has now become a well known star with roles in huge films such as Mystic River, The Phantom of the Opera, and The Day After Tomorrow. Most recently she has become best known for her starring role as Fiona Gallagher in Shameless and has achieved an astounding estimated net worth of $12 million. 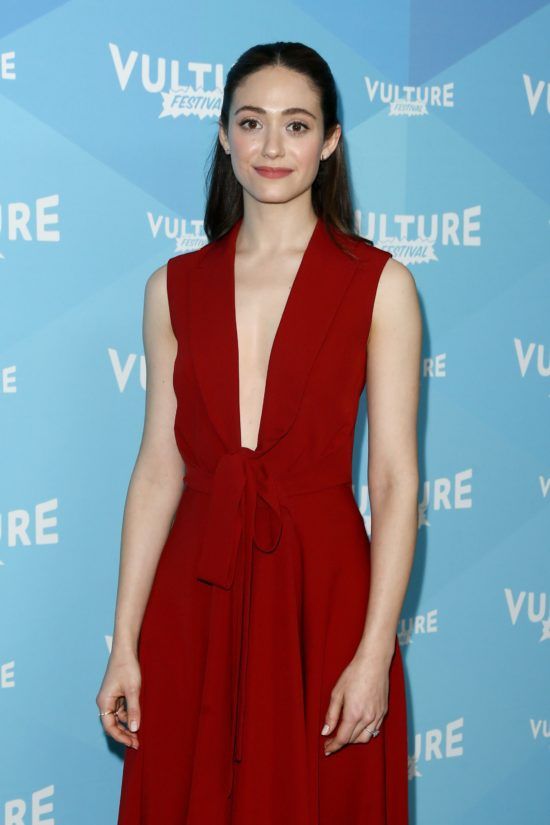 Estimated Net Worth: $22 Million. William H. Macy is another big movie star who returned to the small screen for even more success when he landed the lead role of Frank Gallagher in Shameless. After starring in more than 50 Broadway and off-Broadway plays throughout the ’70s and early ’80s, he eventually turned to mostly on-screen work. With 137 acting credits to his name, he has far too many accomplishments to list, but is best known for roles in ER, Pleasantville, Jurassic Park III and of course, Shameless. Without a doubt, his hard work has paid off and he has earned an incredible estimated net worth of $22 million. 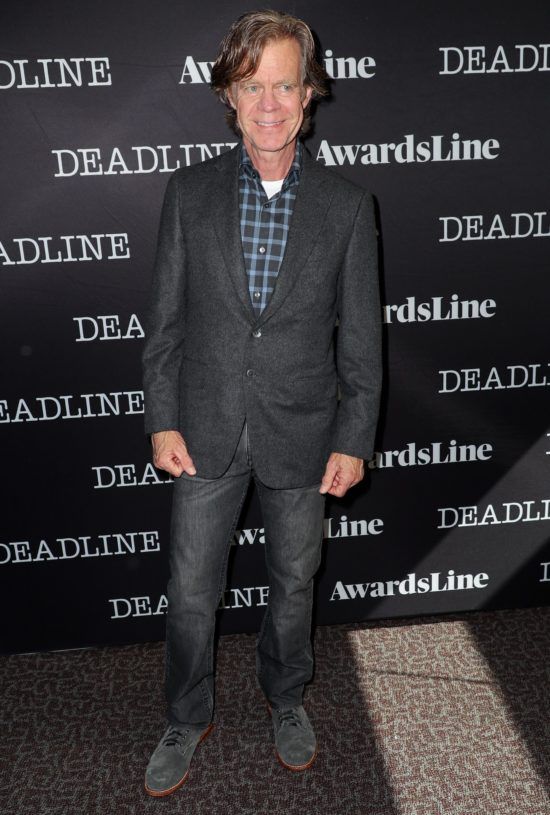