Home » Entertainment » TV » Richest Game Show Hosts: How Much Are They Worth? 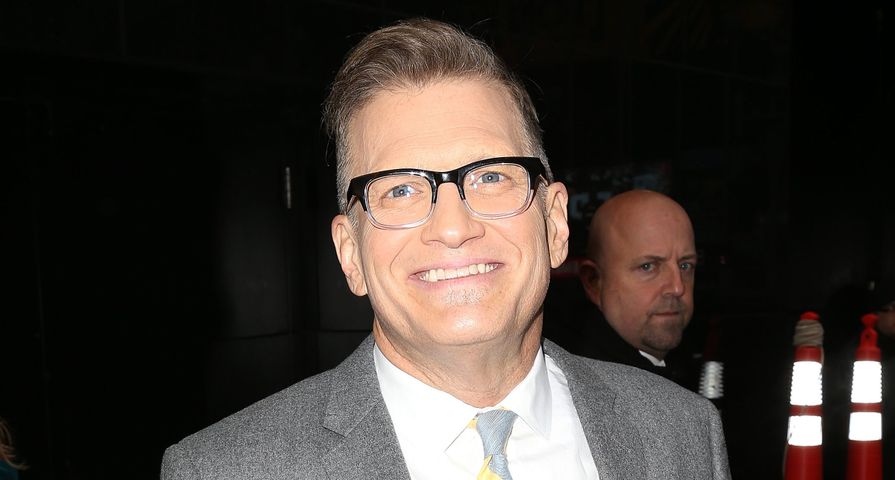 You’d be amazed at how much money you can make helping other people win money of their own. And if you’re assuming that Pat Sajak, Alex Trebeck, and Bob Barker would be the obvious names at the top of this list, then you’d be totally wrong. They did manage to make the list, but they’re way down at the bottom. There are a handful of other game show hosts that are worth wild amounts of wealth. Who? Well, not quite making the list is Marc Summers at $8 million, Chuck Woolery at $15 million, Tom Bergeron at $16 million, Ben Stein at $20 million, Bob Eubanks at $25 million, Meredith Vieira at $40 million, Jeff Probst at $40 million, Howie Mandel at $40 million, and Anne Robinson at $45 million. Check out below for the lucky ones who did make the list of the 11 richest game show hosts.

Estimated Net Worth: $55 million. Wheel of Fortune has certainly brought a fortune to its host. Pat Sajak, who got the coveted job because of his quirky sense of humor, hosted the popular game show with co-host and letter-revealer Vanna White from the time the show first launched its syndicated version back in 1983. Despite his long-time on-screen gameshow hosting run and the fact that his name is one of a few that is basically synonymous with the television genre, he just barely makes it onto this list by grabbing the final spot. But don’t cry for Sajak, he’s doing just fine with his estimated net worth of $45 million. 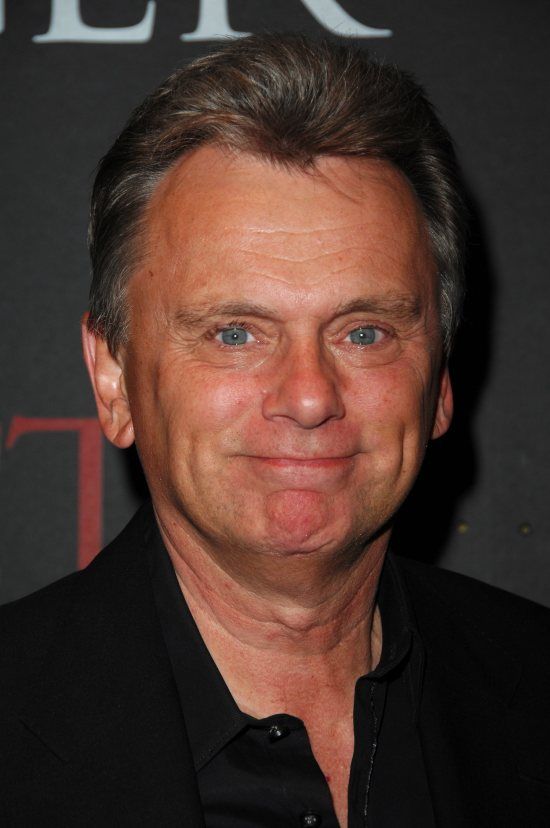 Estimated Net Worth: $50 million. Alex Trebek may be 77 years old and may have been hosting the show since 1984, but he’s still going strong as the host of Jeopardy! And he has in fact signed on to keep hosting through 2018 so it looks like his riches will just keep on coming. Can we get the category of Richest Game Show Hosts? Drum roll please…and the answer is: Who is Alex Trebek? 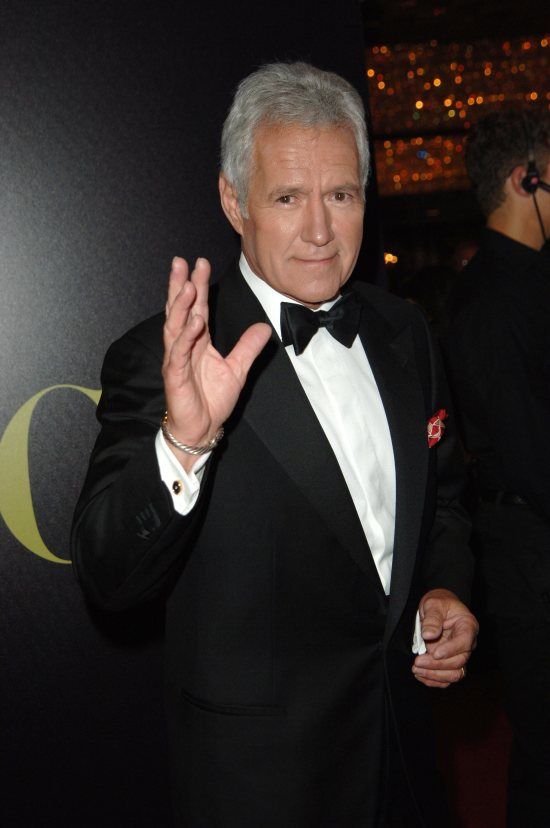 Estimated Net Worth: $70 million. It’s pretty wild to find out that Bob Barker was active in the business from 1950 all the way up to 2007. The iconic gameshow host who’s now in his nineties, made his stark white hair and super skinny mics symbols of winnings for anyone who was willing to scream their way down the aisle and show off their consumer goods pricing knowledge. Featuring some of the silliest and most memorable mini-games as part of the bigger game — The Price is Right helped Bob Barker amass a personal estimated fortune of $70 million. The price is right, indeed! 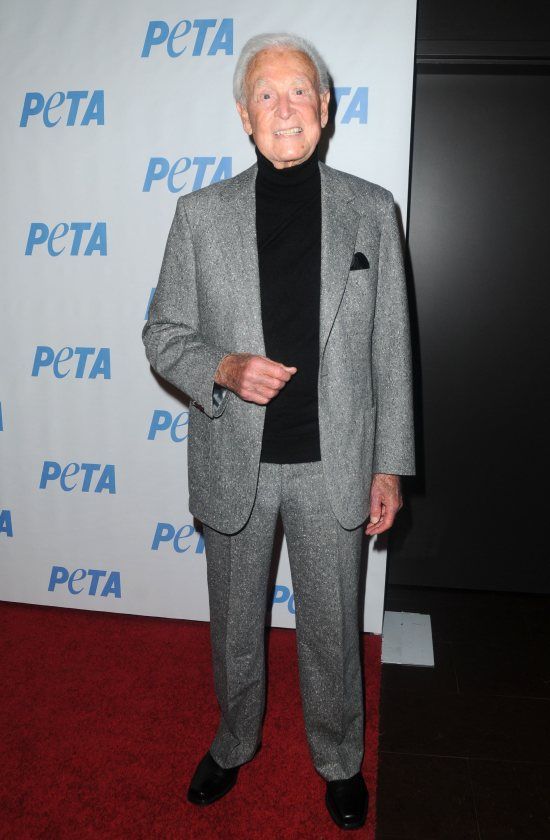 Estimated Net Worth: $100 million. Jeff Foxworthy is another member of this list who doesn’t own his fortune completely to his game show hosting, but again, he’s another one who surely won’t turn away the success and additional wealth it’s bringing him. His stint as the host of Are You Smarter than a 5th Grader? has bumped him into a nice, comfy spot on this list with an estimated net worth of $100 million. 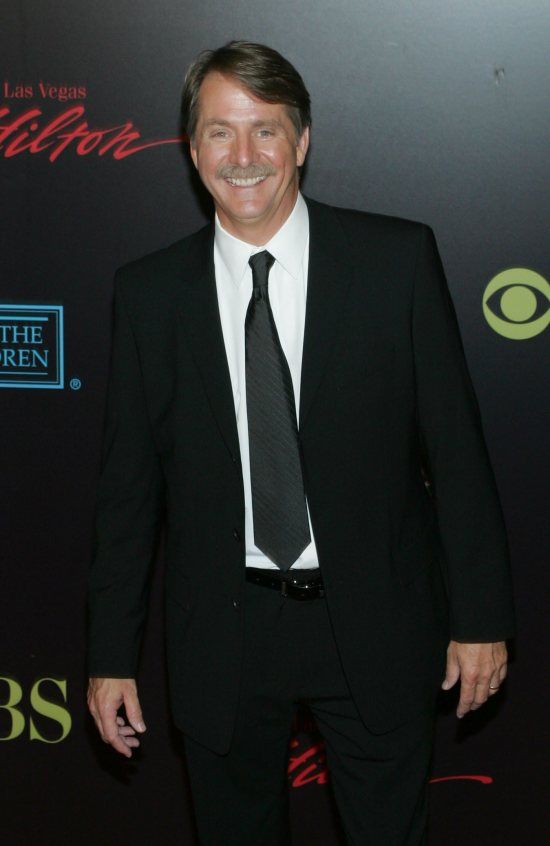 Estimated Net Worth: $200 million. Don Francisco might not be a name that’s immediately recognizable to everyone, that is, unless you’re familiar with the wildly popular shows in the Latin culture. Chances are, if you are or have been a member of a Spanish-speaking household, in Chile, in the U.S., and beyond, then one of Don Francisco’s shows have been on the set at one time or another (or all of the time). The long-time Chilean host of Sábado Gigante as well as Don Francisco Presenta reportedly worth an estimated $200! 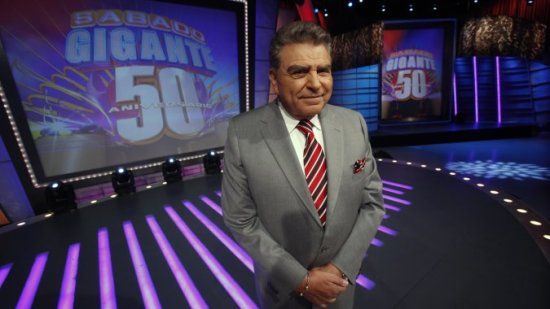 Estimated Net Worth: $150 million. Regis Philbin is another long-time member of showbiz, having first started back in the 1960s. Well-known throughout the years as the co-host of Live! with Regis and Kathie Lee and its successor Live! with Regis and Kelly, it’s his work on Who Wants to Be a Millionaire that gives him the credentials to nab a spot on this list. It also doesn’t hurt that he holds the Guinness World Record for the most time spent in front of a television camera which has made him an estimated $150 million. 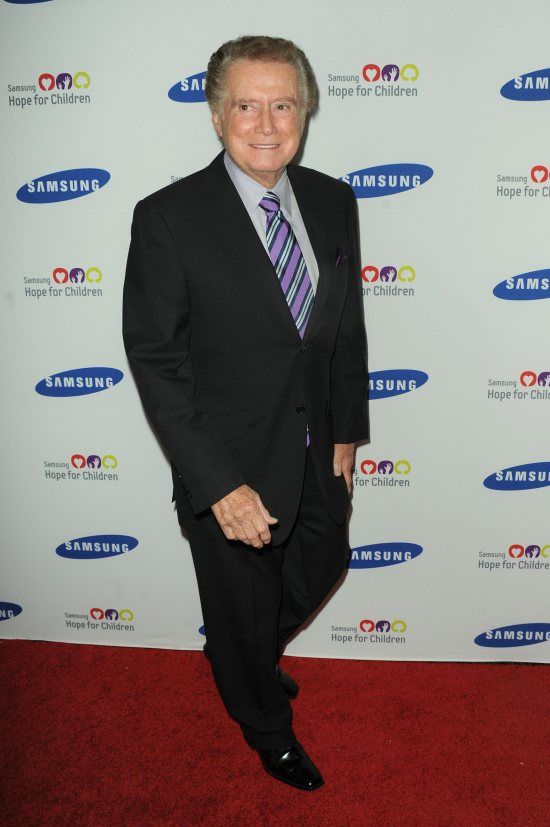 Estimated Net Worth: $165 million. Drew Carrey has had quite the career. Starting out by serving in the U.S. Marine Corps, Drew Carrey made a drastic job change when he began working as a stand-up comedian. It paid off eventually by landing the funny man his very own show, The Drew Carey Show, as well as hosting the U.S. version of Whose Line Is It Anyway? His career hit a high note again when he was chosen to take over from Bob Barker as the new host of The Price Is Right. He may be a relative newbie to the gameshow hosting game, but that doesn’t mean he doesn’t have a firm spot on this list. Drew Carrey grabs the fifth spot on the list of the 12 richest game show hosts with an estimated net worth of $165 million. 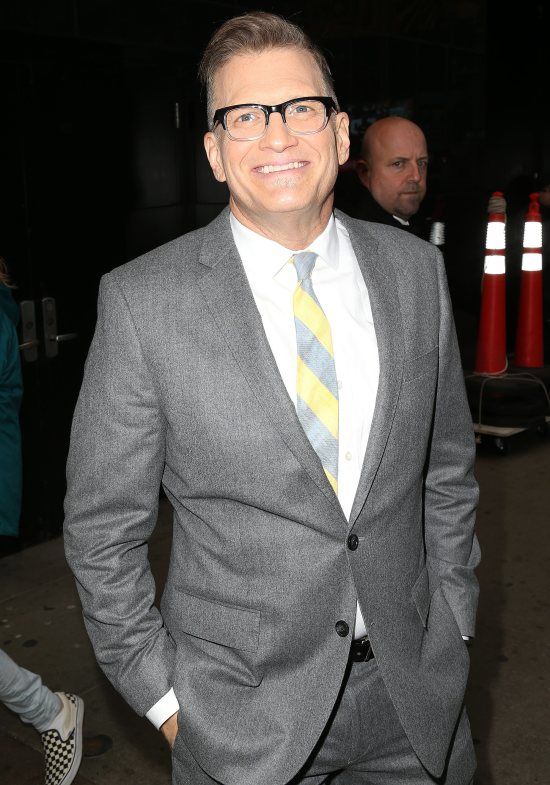 Estimated Net Worth: $140 million. Steve Harvey doesn’t owe all of his wealth to his game show days, but it certainly hasn’t hurt his worth any. A comedian that’s hosted talk shows and starred on sitcoms, his days are now filled with the Family Feud. We asked how much is Steve Harvey actually worth and the survey saaaaays: An estimated $140 million! Do you want to play or pass? Steve Harvey certainly wants you to play. 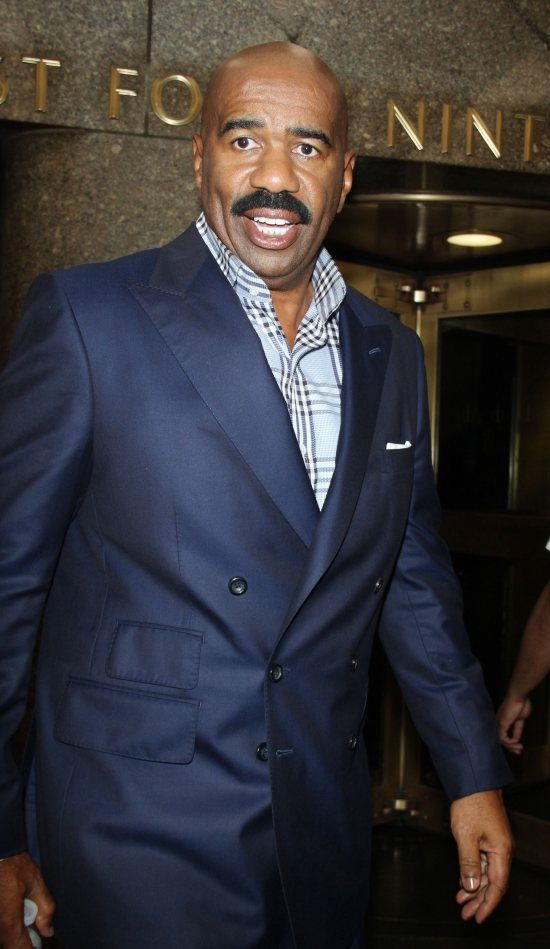 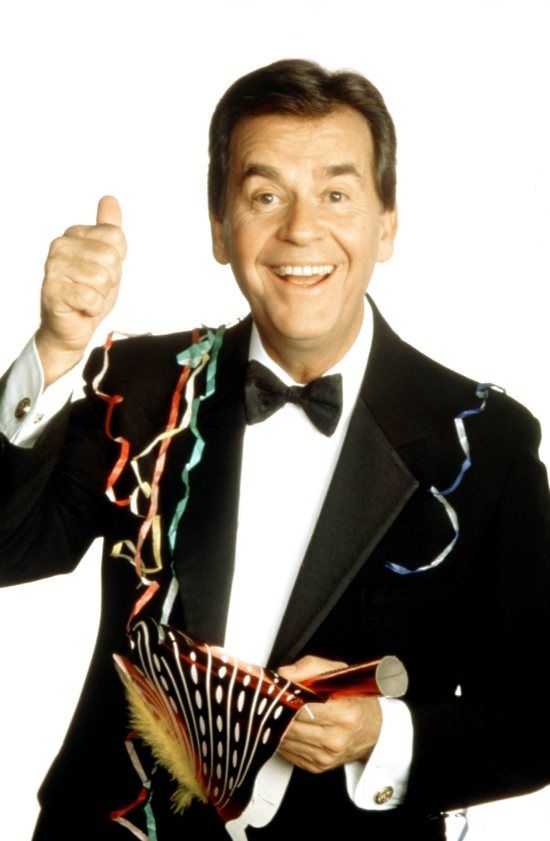 Estimated Net Worth: $350 million. It’s a little fitting that Ryan Seacrest is next on this list since he is Dick Clark’s successor on the traditional television special New Year’s Rockin’ Eve. But it was American Idol (not quite a game show, but sliding into the category enough to get him onto the list) that helped Seacrest first become an everyday name around Hollywood and in TV-viewers homes on a weekly basis. And although he’s Dick Clark’s successor, Seacrest actually manages to top his predecessor by a whopping $100 million, which means that Ryan Seacrest’s personal estimated net worth is in the region of $350 million. 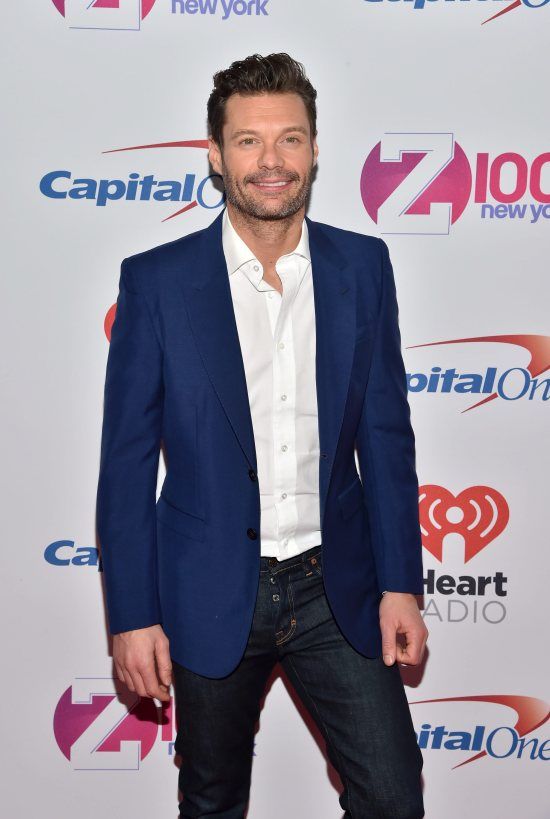 Estimated Net Worth: $1 billion. Merv Griffin started out in the business by hosting a gameshow called Play Your Hunch from 1958 to 1962, but that was just the beginning for this gameshow host. Apparently he realized he had a knack for the genre and went on to create and produce some of the most successful gameshows of all time. Without Merv Griffin we wouldn’t have either Jeopardy! or Wheel of Fortune. But we did have Merv Griffin, thankfully, (until he passed in 2007) and his gameshow genius helped him build an incredible fortune of an estimated $1 billion which firmly earns him the number one spot on this list. 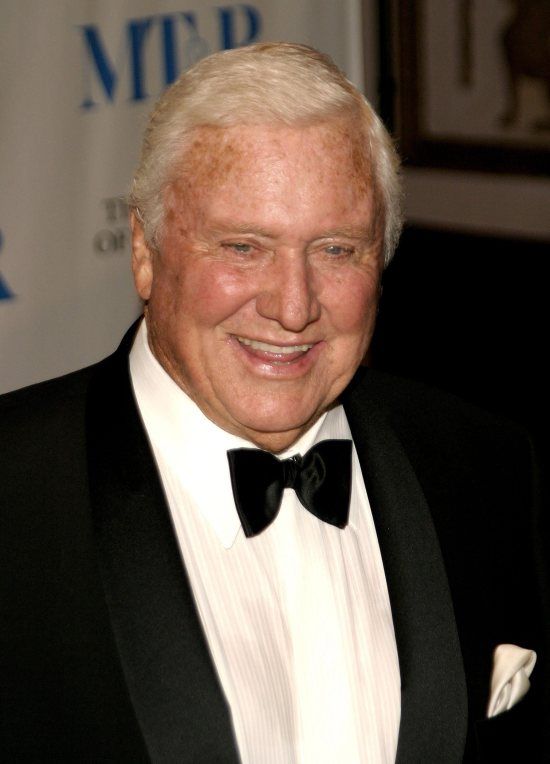