Home » Entertainment » Celebrities » Latest Stars Of Grey’s Anatomy: How Much Are They Worth?

Latest Stars Of Grey’s Anatomy: How Much Are They Worth? 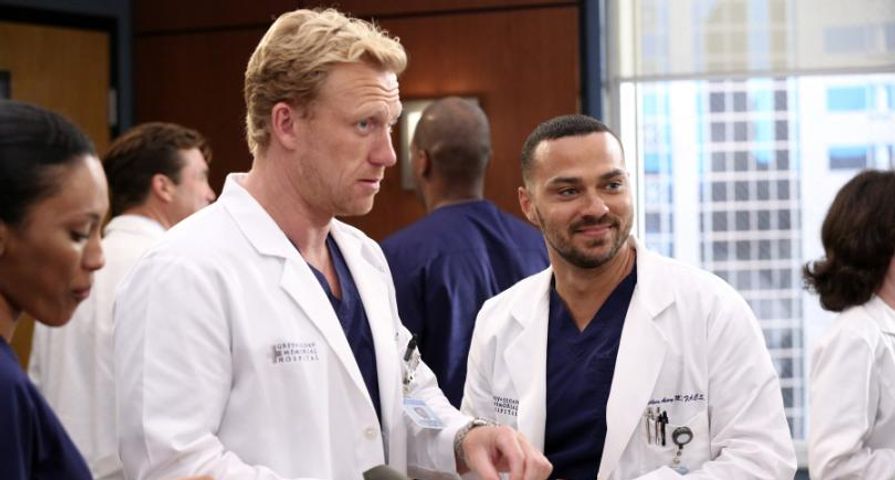 Over Grey’s Anatomy’s almost 13 seasons, fans have seen a lot of characters and favorite stars come and go. After the exit of so many big stars who started out on the series, there have been a lot of new main characters introduced and they have endeared themselves to fans just as much as the original stars. Now it is hard to imagine Seattle Grace without the likes of Dr. Owen Hunt. Dr. April Kepner, and Dr. Jackson Avery as well as many others who entered the show after seasons one and two. Of course, some of the new stars have even already been lost because that is just the way Shonda Rhimes likes to emotionally torment fans. Take a look at how much the “new” stars of Grey’s Anatomy are worth:

Estimated Net Worth: $800 Thousand. Giacomo Gianniotti is a bilingual actor who began his on-screen work by appearing in Italian TV series. He transitioned into English shows with roles in Beauty and the Beast, Copper, Reign and Murdoch Mysteries, just to name a few. Now of course, he is best known as Dr. Andrew DeLuca on Grey’s Anatomy after first appearing in the season 11 episode “Time Stops.” For right now, Gianniotti has an estimated net worth of $800 thousand, but that is only expected to get higher as his role in Grey’s increases. 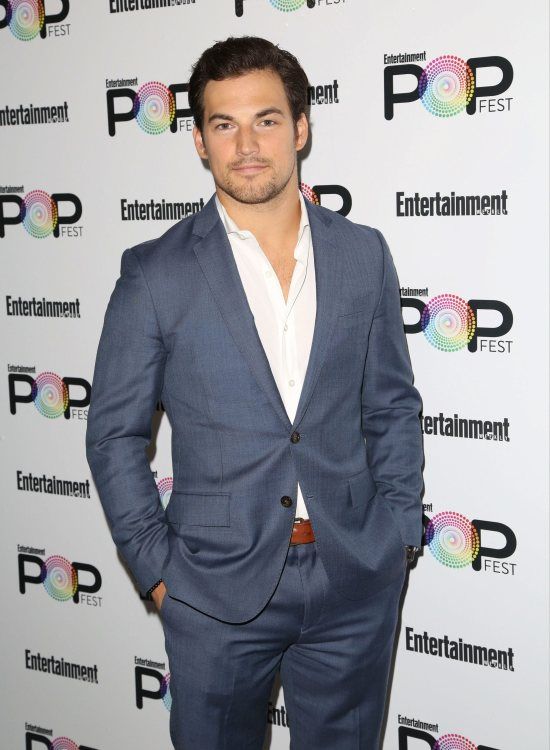 Estimated Net Worth: $5 Million. Chyler Leigh began her career in the entertainment industry when she began modelling at the age of 13. She then moved on to commercials and subsequently TV series with roles in Hall Pass, Safe Harbor, Saving Graces and 7th Heaven. She became more widely known after starring in 2001’s Not Another Teen Movie alongside Chris Evans and is best known to many for her role as Dr. Lexie Grey on Grey’s Anatomy after first appearing in season three. Unfortunately she is not a current cast member but during her run on the show she was a fan favorites and in an adored love story with Mark Sloan (Eric Dane) before her character was killed off in season eight’s plane crash. Leigh has gone on to star in Taxi Brooklyn and the hit CW series Supergirl, and has earned herself an impressive estimated net worth of $5 million. 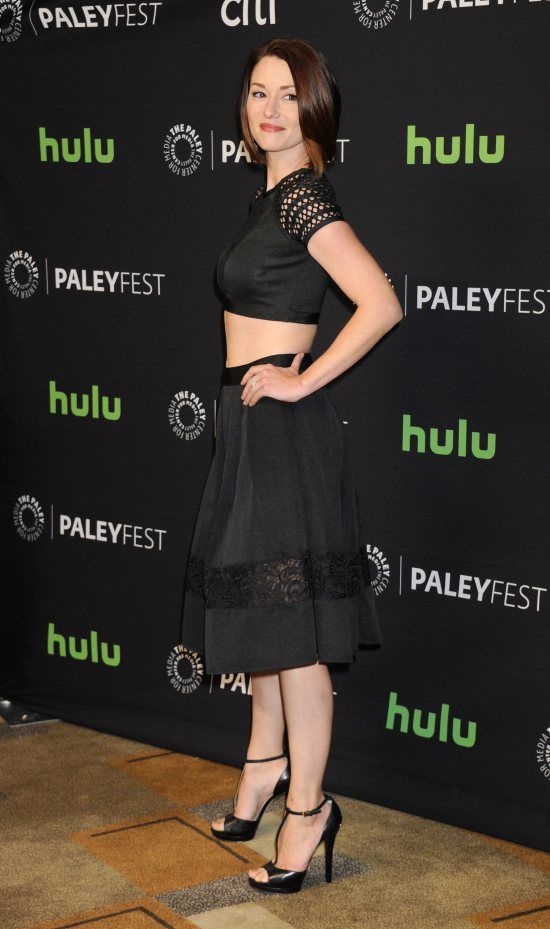 Estimated Net Worth: Unknown. Kelly McCreary began her on-screen career in 2005 with a role on the series Cyberchase, and continued on with roles in White Collar, Emily Owens M.D., and Scandal before hitting it big with the role of Maggie Pierce in Grey’s Anatomy. She first appeared in the season 10 episode, “Everything I Try to Do, Nothing Seems to Turn Out Right,” and has starred in the series ever since. With a lack of major roles before the series, McCreary’s net worth remains unknown but it is safe to assume she is doing well for herself while starring on one of TV’s biggest shows. 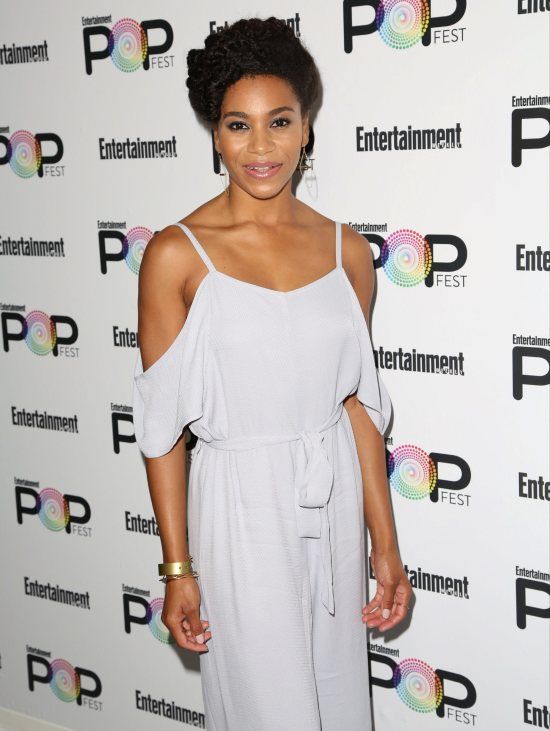 Estimated Net Worth: $3 Million. Debbie Allen is not only an actress but also a dancer, singer, director and choreographer who has made her presence known in the industry. Allen began her career on Broadway, and became widely known after starring in the hit ’80s series Fame. Now, she is best known for her role as Dr. Catherine Avery on Grey’s Anatomy, playing a pivotal part in the series since first appearing early on in season eight. Through her successful career, Allen now has an estimated net worth of $3 million. 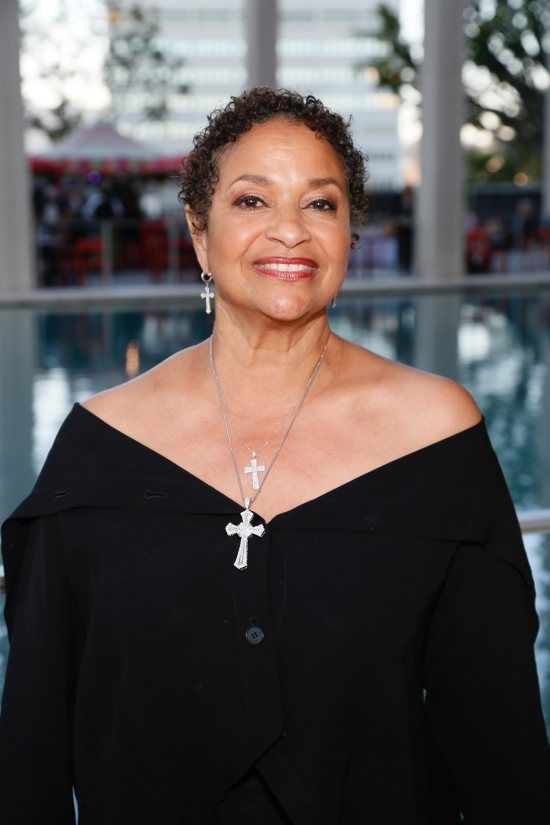 Estimated Net Worth: $1.5 Million. Jason George began his career in the late ’90s and quickly made a name for himself after starring on the soap opera Sunset Beach from 1997-1999. He has since had numerous roles across TV and film in projects such as Eve, Barbershop, Mistresses, Witches of East End and What About Brian. George is now best known as Dr. Ben Warren in Grey’s Anatomy since first appearing in the season six episode “State of Love and Trust,” and now has an estimated net worth of $1.5 million as he has continued to star in the series. 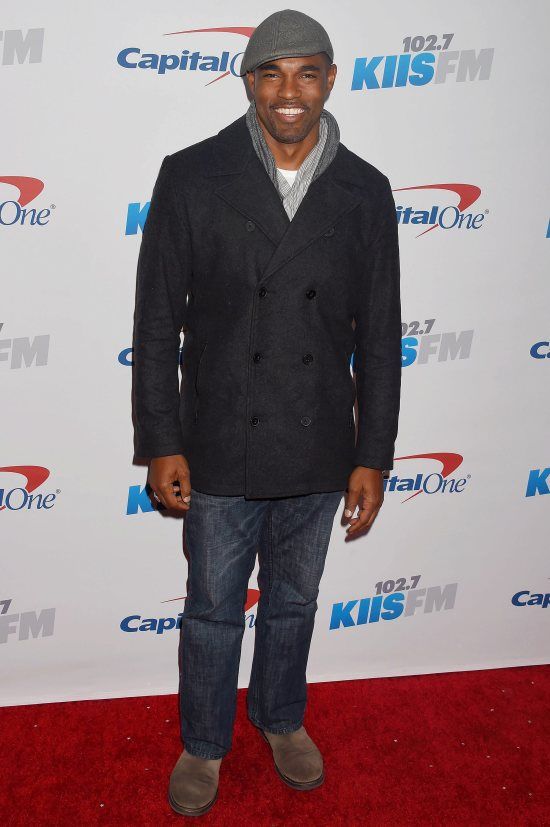 Estimated Net Worth: $800 Thousand. Actress Jerrika Hinton began her on-screen career in 2005, and had many single episode roles in shows such as Gilmore Girls, Zoey 101, Ghost Whisperer, Gossip Girl and Mad Love just to name a few. After building up her resume with those roles, she is now best known as a Grey’s Anatomy star after being cast as Stephanie Edwards on the series. She first appeared in the season nine premiere and has played a starring role ever since which has led her to an estimated net worth of $800 thousand. 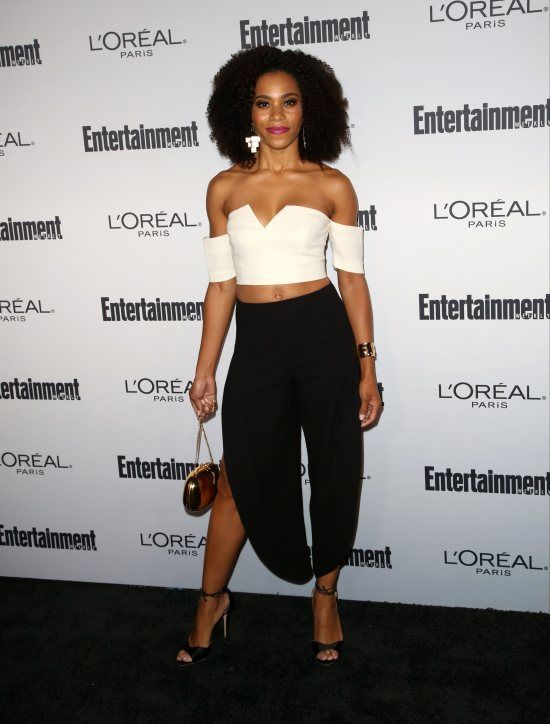 Estimated Net Worth: $2 Million. Caterina Scorsone got her start as a teenager appearing in shows such as Ready or Not and Goosebumps before going on to star in series such as Power Play and Missing. She first became known to TV audiences after starring on the Grey’s Anatomy spin-off Private Practice from 2010-2013. After a couple of appearance, Scorsone began appearing regularly in Grey’s as Amelia Shepard in season 10 and has now become a regular character in the series. Overall, the talented actress has an estimated net worth of $2 million. 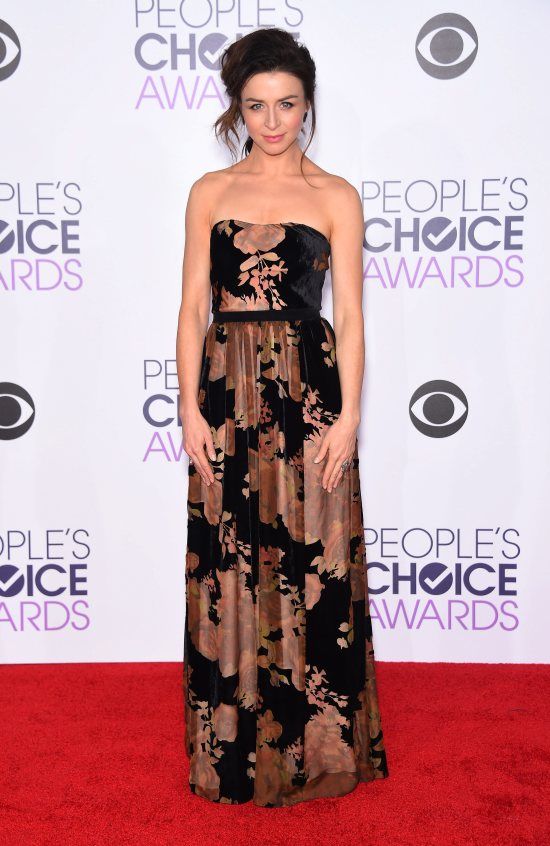 Estimated Net Worth: $1 million. Camilla Luddington is one of the most beloved new stars of Grey’s Anatomy since making her first appearance as Jo Wilson in the season nine premiere “Going Going Gone.” Luddington got her start years before in the mid 2000s and made waves when she appeared as Kate Middleton the 2011 TV movie William & Kate. She went on to star in Californication and True Blood and is also the voice of Lara Croft in the Tomb Raider video game franchise, all adding up to an estimated net worth of $1 million. 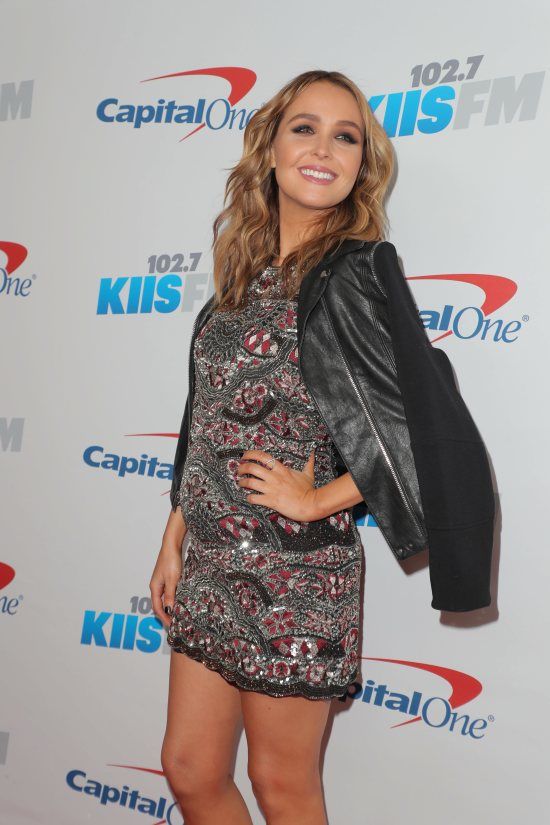 Estimated Net Worth: $20 Million. After attending Brown University for English, Capshaw pursued acting by attending the Royal Academy of Dramatic Arts in London, and began her on-screen career in the film A Secret Sin and then a small role in the hit ’90s series ER. She gained more recognition after landing roles in Valentine, Minority Report, The Practice and The L Word. Capshaw became an instant star on Grey’s Anatomy after first appearing as Arizona Robbins in season five, and has been one of the leading stars ever since. Her continuous work has led the actress to an incredible net worth of $20 million. 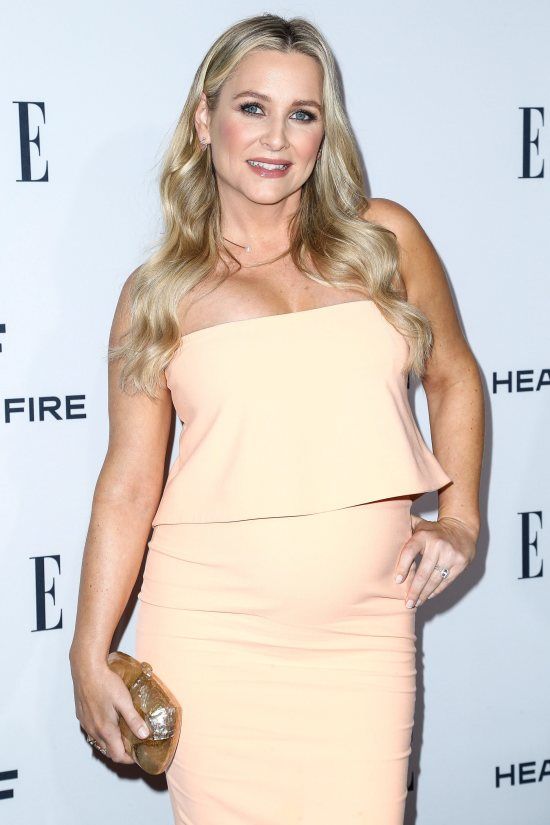 Estimated Net Worth: $3 Million. Sarah Drew got her start as a voice actress providing the voice of Stacy Rowe in the TV series Daria before landing a small role in the 2003 film Radio. She went on to have a recurring role in Everwood and continued working in TV and film before starting her run as April Kepner in Grey’s Anatomy‘s sixth season. Now, she is one of the series biggest new stars and has an estimated net worth of $3 million. 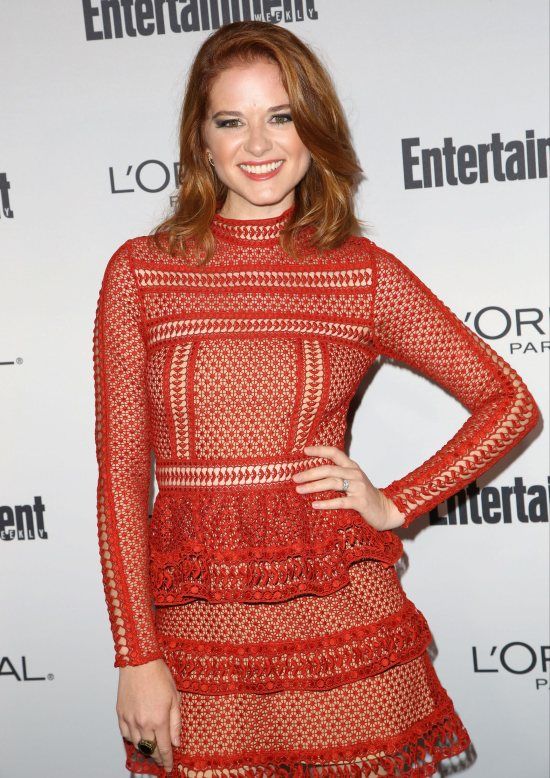 Estimated Net Worth: $8 Million. For many Grey’s Anatomy fans it is hard to remember a time before Jesse Williams starred on the show because he is now such an important part of the series. He got his start in 2006 and became known for his roles in Brooklyn’s Finest, The Butler, and The Sisterhood of the Traveling Pants 2. He first appeared as Jackson Avery in the season six episode “Invasion” and has now starred in 175 episodes over the last six and a half seasons. Thanks to his starring role, Williams has an estimated net worth of $8 million. 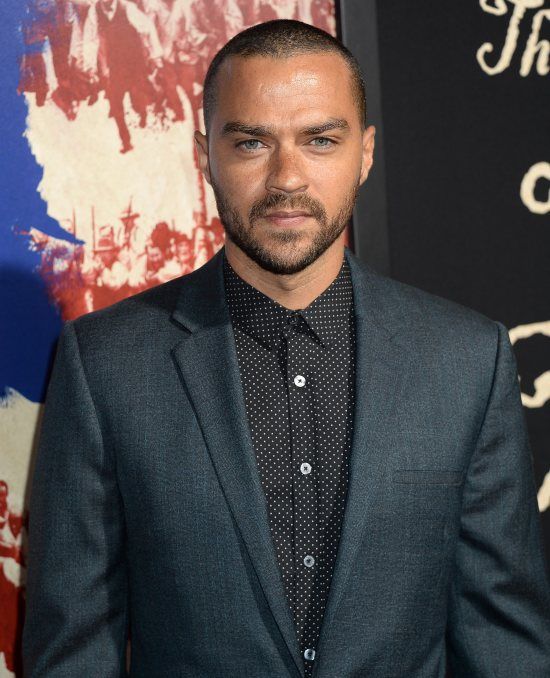 Estimated Net Worth: $2 Million. Kevin McKidd has become one of the most beloved and prominent Grey’s Anatomy stars since making his debut as Owen Hunt in the season five premiere. Aside from Grey’s, McKidd has done quite a bit of acting including in the 1996 film Trainspotting, 2000’s Hannibal, and of course 2008’s Made of Honor, alongside his Grey’s costar Patrick Dempsey. McKidd has also had roles in several TV shows. It is safe to assume, however, that he has made the majority of his estimated $2 million from Grey’s Anatomy as he is speculated to make more than $100,000 per episode. 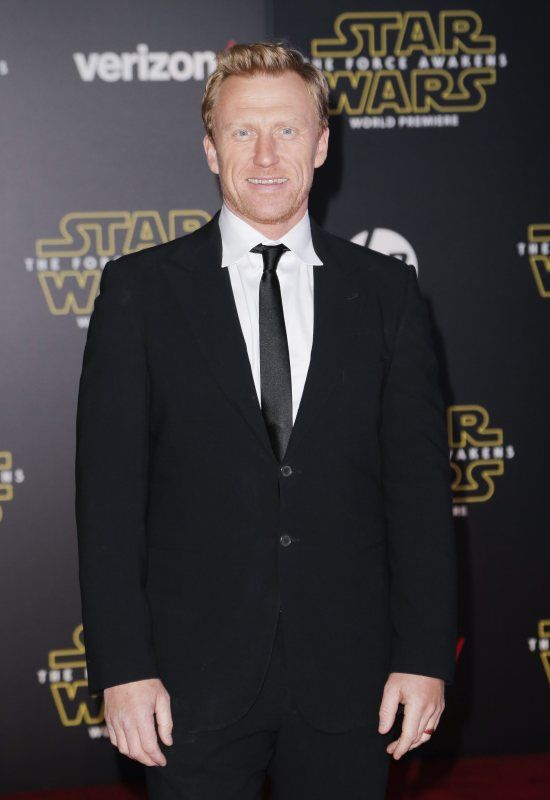