Home » Entertainment » Celebrities » Cast Of Love Actually: How Much Are They Worth Now? 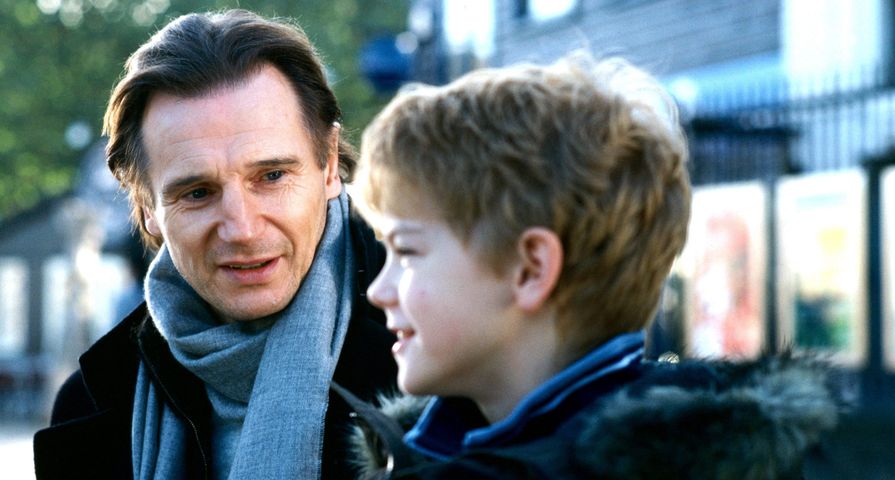 When writer and director Richard Curtis began creating Love Actually, he never intended it to become a Christmas film, but after its release in 2003, it has become a modern holiday classic. Stocked full of stars, there was no way fans weren’t going to adore the film, and while it includes some big Hollywood names, it also included some Curtis considered “less famous” only for them to be big stars now. The eight couples’ different stories, weaved loosely together set the precedence for other similar films and was a great addition to stellar careers for much of the star-studded cast. Check out how much the cast of Love Actually is worth now!

Estimated Net Worth: $1.5 Million. Thomas Brodie-Sangster was only 13 when he portrayed the loveable Sam in Love Actually, and Richard Curtis even calls the decision of casting the young actor for the movie the most brilliant out of all the casting decisions he made. The young actor has continued working since the breakout role, appearing in Nanny McPhee, Doctor Who, The Maze Runner, and most notably Game of Thrones. He has also been the voice actor of Ferb on the popular animated series Phineas and Ferb since 2007. His lengthy resume has made the 25-year-old a net worth of $1.5 million. 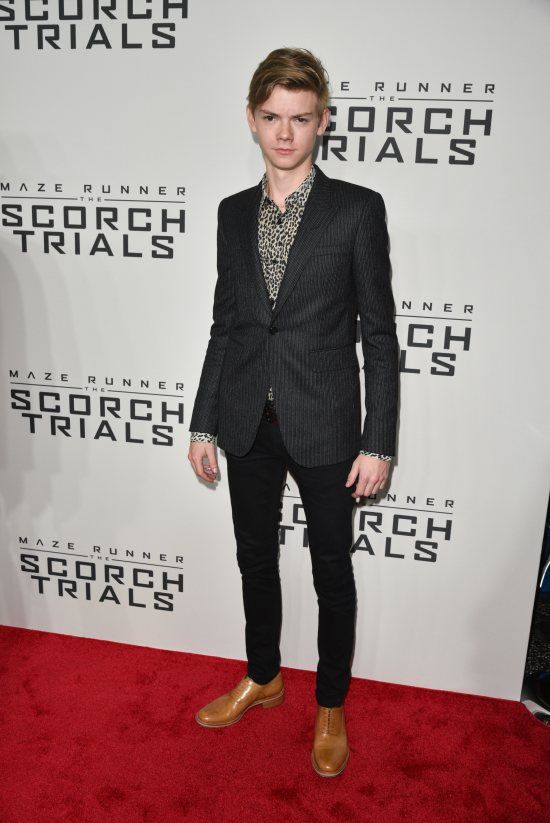 Estimated Net Worth: $10 Million. Brazilian actor Rodrigo Santoro began his acting career in Brazil, gaining notoriety for his many parts in many of Globo’s telenovelas before transitioning to Hollywood. One of his big breaks came in his role as Karl in Love Actually, and he went on to appear in 300 as Xerxes, and also gained recognition for his role as Paulo on Lost. He has also starred in What to Expect When You’re Expecting, 300: Rise of an Empire and has done voice acting for the Rio animated franchise. He is doing really well for himself with an estimated net worth of $10 million. 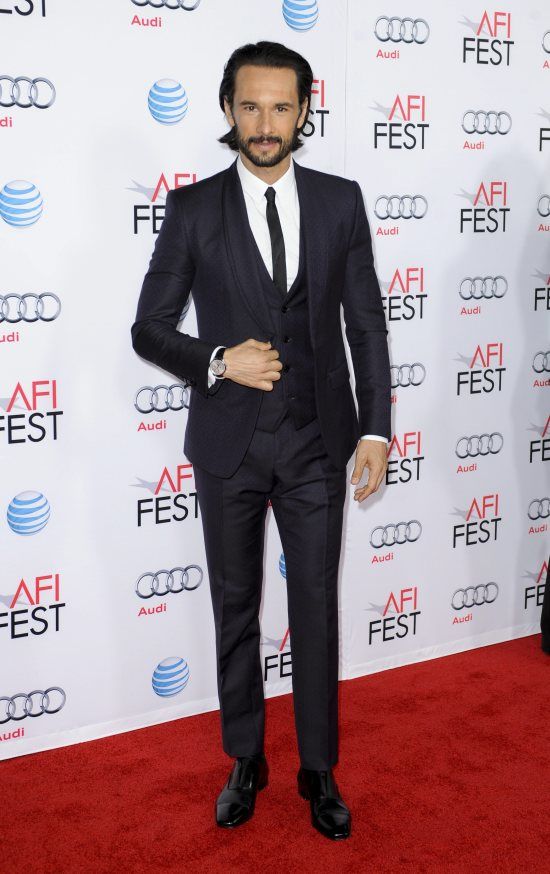 Estimated Net Worth: $7 Million. Before Laura Linney was cast, Richard Curtis stated he was looking for a “Laura Linney-type actress,” only to come to his senses and ask Linney herself to be in the film. Over the years Linney’s impressive resume additions have earned her four Emmy Awards, two Golden Globe Awards, and a Screen Actors Guild award, thanks in large part to her lead role in Showtime’s The Big C. She has also been in The Truman Show, Mystic River, The Nanny Diaries and John Adams in a career spanning both films and television. All of Linney’s hard work has earned her a respectable net worth of $7 million. 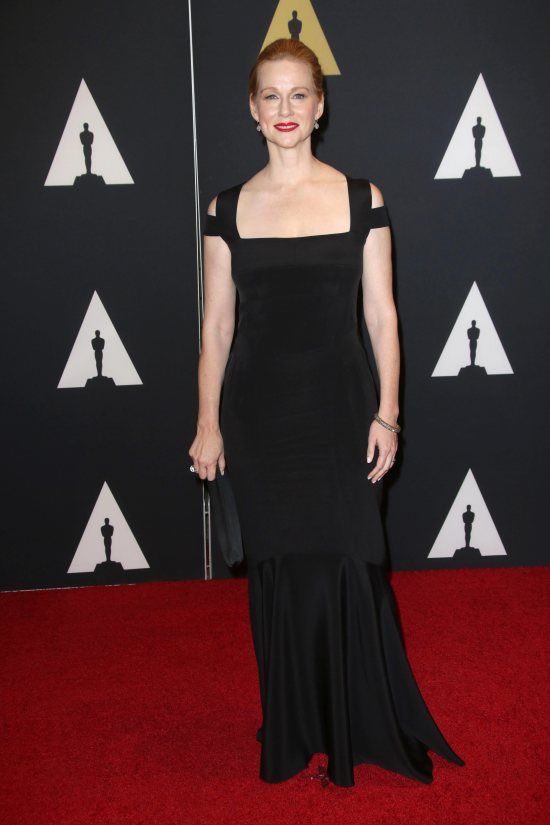 Estimated Net Worth: $16 Million. When people watch Love Actually, they see Andrew Lincoln and are shocked to see he is indeed the same guy who portrays Rick Grimes in The Walking Dead. In 2003, however, Curtis cast Lincoln as one of the less famous stars, but that has changed drastically now. Lincoln appeared in many British films and TV series including This Life and Teachers; however, his $16 million net worth is thanks in large part to his Walking Dead salary of $90 thousand per episode that was raised to reportedly $650 thousand by the time he exited the series. 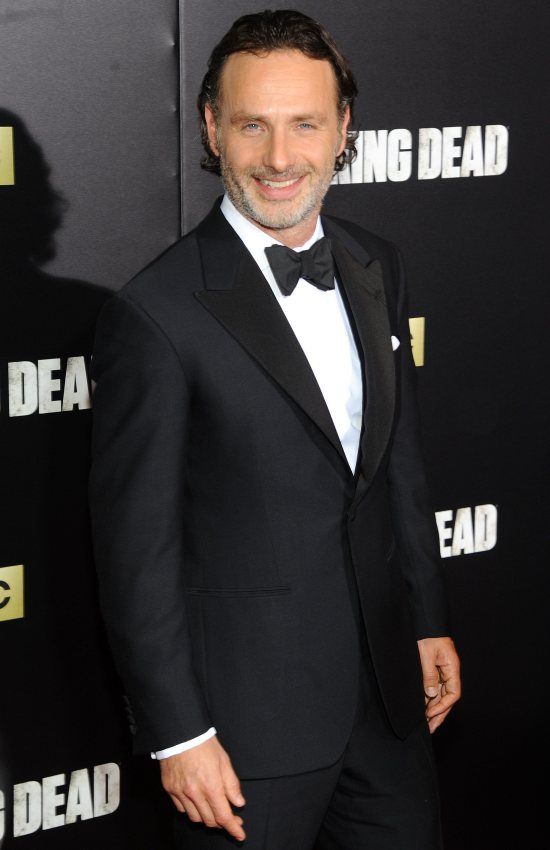 Estimated Net Worth: $12 Million. Like Andrew Lincoln, Chiwetel Ejiofor was cast as one of the not-so-famous stars for the movie; however, his star has risen drastically in Hollywood since. He has been in Four Brothers, 2012, Salt, American Gangster, 12 Years a Slave and The Martian, just to name a few. Ejiofor is now one of the most buzzed about actors in the industry, and with everyone clamouring to have the actor in their films, his net worth of an estimated $12 million is sure to rise quickly. 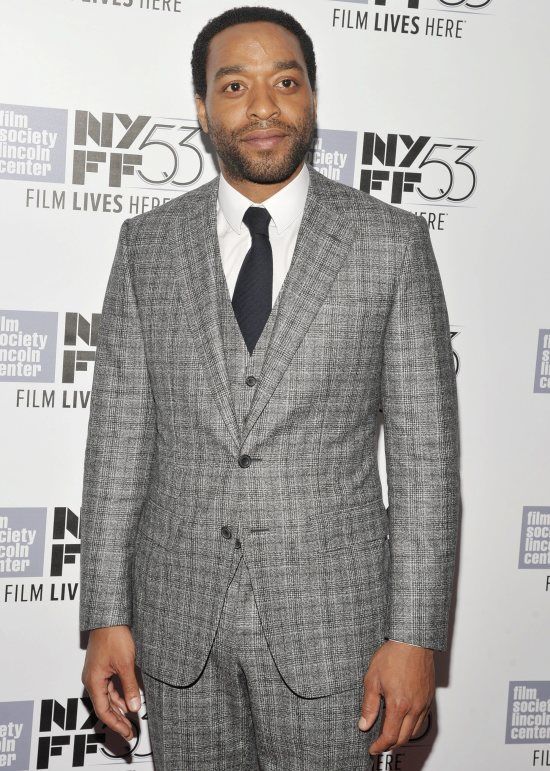 Estimated Net Worth: $8 Million. Bill Nighy has had quite the career so far with 129 acting credits to his name. Along the way he has scooped up one Golden Globe award, and many other honors. Nighy has appeared in many TV shows as well as films, and following his very memorable role of Billy Mack in Love Actually, he went on to appear in Underworld, Shaun of the Dead, The Hitchkiher’s Guide to the Galaxy, Pirates of the Caribbean, Harry Potter and the Deathly Hallows: Part 1, The Best Exotic Marigold Hotel and Wrath of the Titans, just to name a few. While he is still sitting comfortably on $8 million, it is truly surprising it isn’t more. 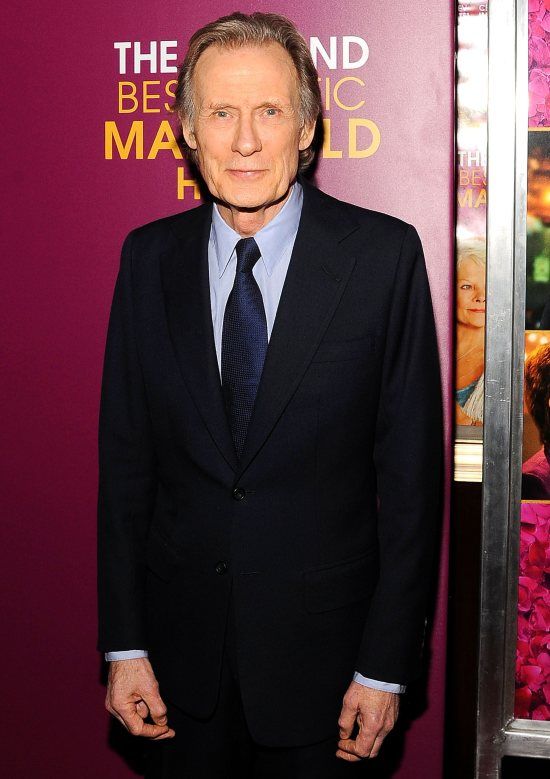 Estimated Net Worth: $145 Million. Liam Neeson was a huge star before his turn in Love Actually, and has only gotten more famous after becoming an action hero with the Taken series later in his career. Following his turn as Daniel in the 2003 film, he starred in Kinsey, Kingdom of Heaven, Batman Begins, Clash of the Titans, The Dark Knight Rises, and as mentioned, the hugely popular Taken series. It isn’t surprising that through all of his blockbuster roles, Neeson has earned himself an incredible $145 million. 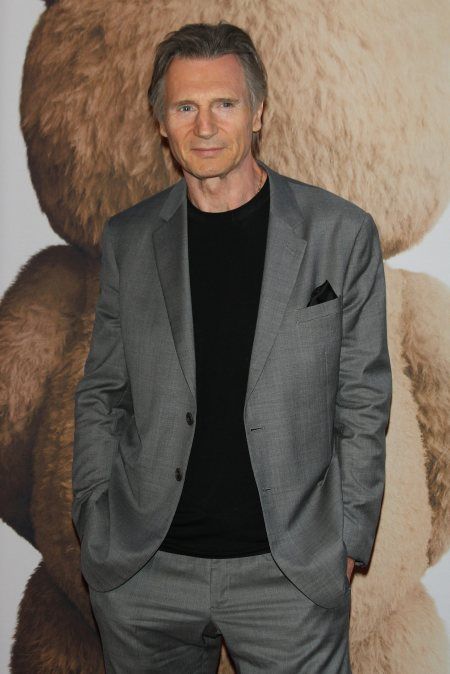 Estimated Net Worth: $60 Million. 2003 was a big year for Keira Knightley, landing roles in both Love Actually and Pirates of the Caribbean, essentially launching her stellar career. She went on to star in Pride & Prejudice, two more Pirates of the Caribbean films, and the Imitation Game, and has continued acting steadily and has become one of the most sought after actresses in the business. She can afford to be picky about her roles now as she is worth an estimated $60 million. 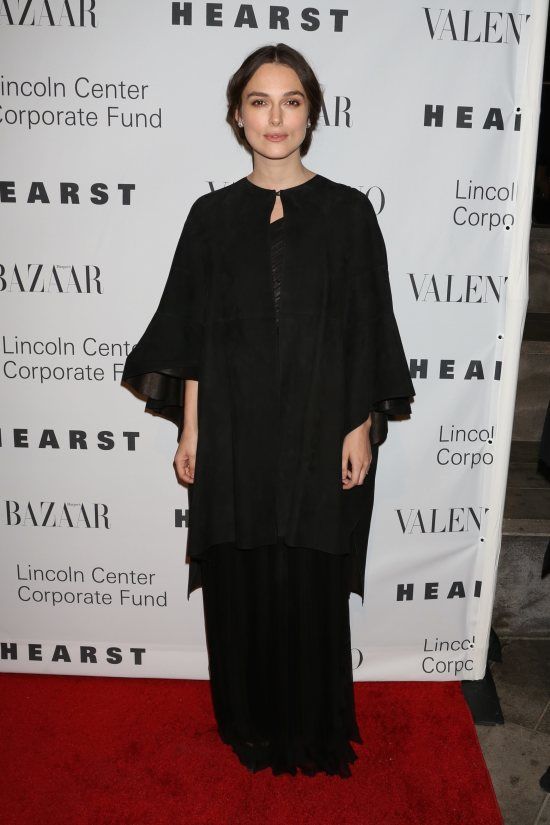 Estimated Net Worth: $16 Million. Alan Rickman was a well respected actor for decades and it is really surprising his net worth wasn’t higher at the time of his extremely saddening death in 2016. Along with Love Actually, Rickman was best known for his portrayal of Severus Snape in the Harry Potter film franchise. He was also in a number of big budget films and most recently before his death lent his voice to the new Alice in Wonderland film series as the Blue Caterpillar. At the time of his death, the iconic actor had an estimated net worth of $16 million. 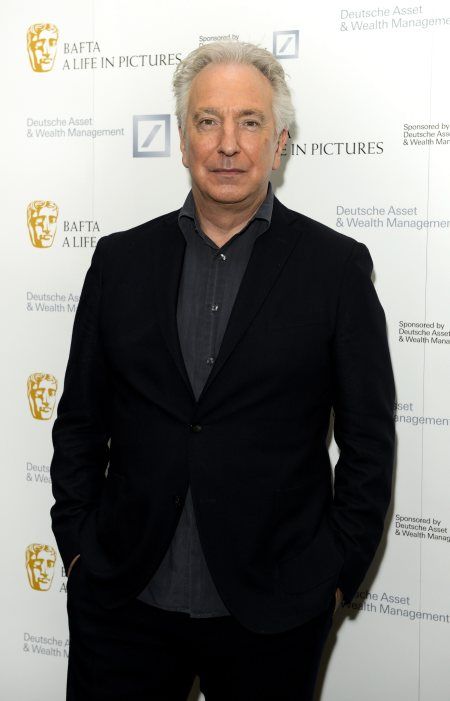 Estimated Net Worth: $50 Million. Emma Thompson is a stellar actress who was well known before her role in Love Actually. Following the film, she has had many more roles including the lead in Nanny McPhee, and Professor Trelawney in Harry Potter, and fans were ecstatic to learn she would be Mrs. Potts in the live-action Beauty and the Beast. Thompson’s work has really paid off with her net worth of $50 million. 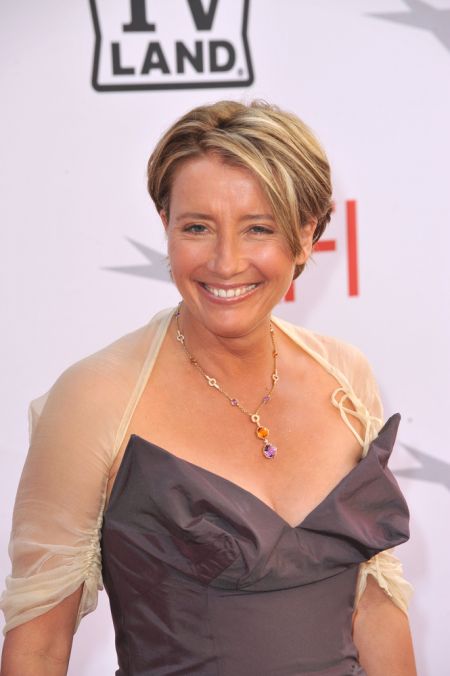 Estimated Net Worth: $25 Million. Colin Firth is a talented actor with a penchant for mastering both serious and comedic roles, which has served him well throughout his career. After Love Actually, he reprised his role in the popular Bridget Jones franchise, and also appeared in films like Nanny McPhee, Mamma Mia!, Kingsman: The Secret Service and The King’s Speech. Through it all Firth has already earned himself a net worth of $25 million, with more to surely come. 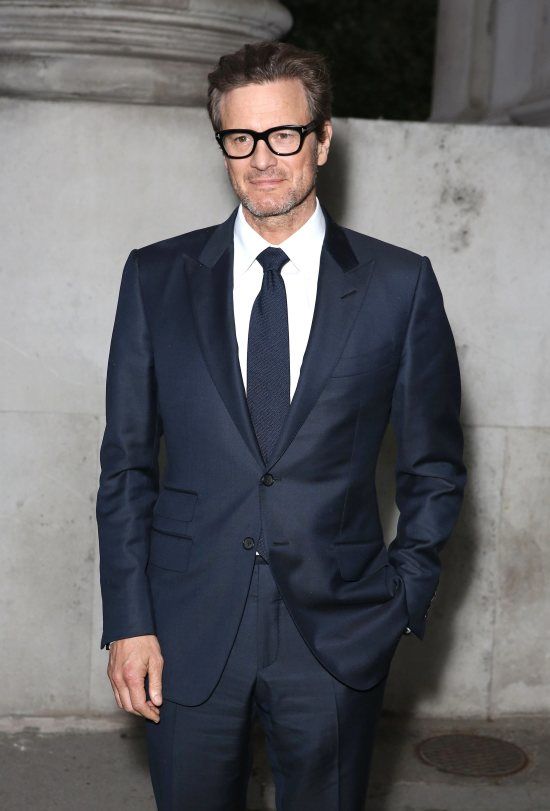 Estimated Net Worth: $80 Million. Hugh Grant’s infectious personality and hilarious films have made him one of the few stars to survive a reputation threatening scandal with ease. Even when things got rough in his personal life, Grant kept putting out films loved by fans, and to show for it he has an incredible net worth of $80 million. His acting roles have lessened since Love Actually, but he has still appeared in several projects including Bridget Jones: The Edge of Reason, Music and Lyrics and The Man from U.N.C.L.E. 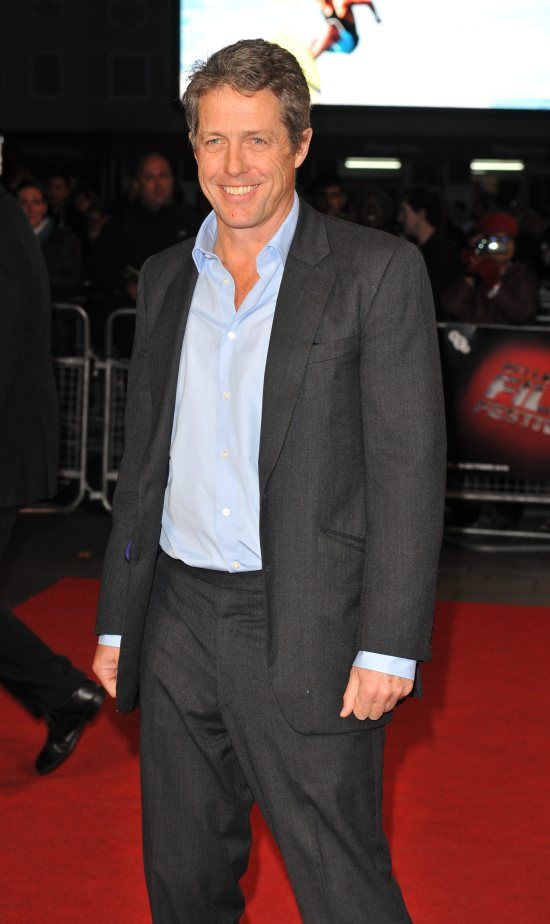