Home » Entertainment » TV » The O.C.: Behind The Scenes Secrets

The O.C.: Behind The Scenes Secrets 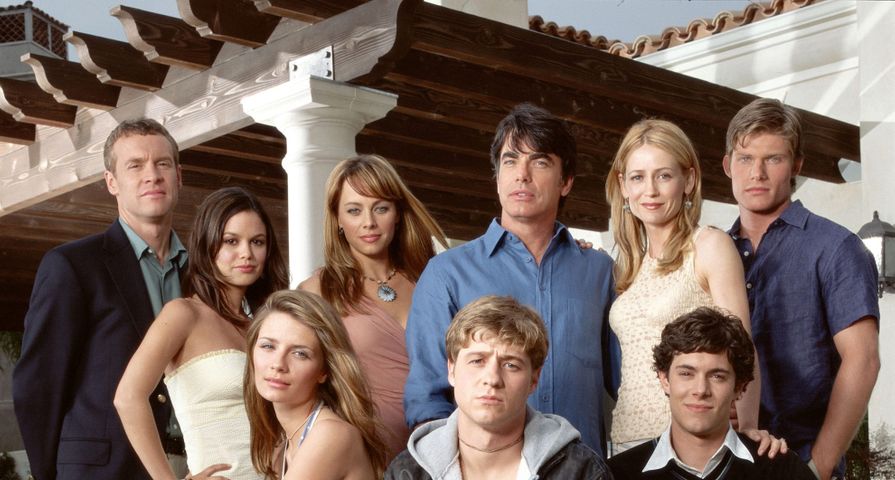 It’s been over 10 years since The O.C. aired it’s first episode and people are still talking about it. The Fox drama has had quite the cultural impact and what many people don’t know is that it could have been a very different show. From the Cohen’s name to the stars who were almost cast, here are a few behind the scenes secrets about The O.C.!

The character Summer Roberts was only supposed to be a guest star. During the pilot, she had only three lines, but the audience really responded to her, and she had great chemistry with Adam Brody, so she became a series regular after episode seven, “The Escape.”

Even though Marissa was a frustrating character and a punching bag for critics, Schwartz does have regrets about killing her off. “There were a lot of factors at play. I mean creatively, we felt like we had told those stories and that this was always kind of in Marissa’s DNA. That she was a tragic character and that try as he might, Ryan ultimately wasn’t going to be able to save her,” he said. “I will say that after we did it that night, because Marissa was a real punching bag of a character for television critics, and what I learned after that night was those critics were in much smaller number than the millions of people who watched the show and loved that character. And there was a real sense the morning after of ‘OMG. What have we done?’”

Creator Josh Schwartz has said that they had a lot of difficulty casting the Ryan Atwood character. Initially, Garrett Hedlund was cast as Ryan Atwood, but then he landed a part in Troy, so he was forced to drop out. Chad Michael Murray was also offered the part, but he turned it down and instead joined the cast of One Tree Hill. Ben McKenzie, who had just auditioned for a lead role on a UPN show, was recommended by whoever was casting that show. When Schwartz brought him in and saw the chemistry between him and Mischa Barton, they decided to cast him.

9. The Problem with Season Three

Season three was a low point for both Schwartz and the cast because the new network exec for Fox wanted them to take the show in a different direction. “Season 3, I was burned out, personally. I think some of the cast were frustrated with the direction the show was going. We had a new network president who wanted us to introduce, you know, a more adult soap storyline and, ‘Can we get Nicollette Sheridan? If only we could get Nicollette Sheridan,’ you know. “Desperate Housewives” was crushing at the time,” Schwartz said. “I think we just started making a different show. We were just trying to make a show that delivered on the melodrama and even if we’re doing something that was kind of amusing like Ryan’s bar mitzvah it was in the service of Johnny robbing a liquor store.”

8. The Characters That Should Have Stuck Around

Schwartz has some regrets about letting certain characters like Luke and Anna go, but he was still figuring things out. “If I could go back in time and do it all over again I would have for sure kept Anna and Luke in the show. The Jimmy thing was more of a financial thing, but I would have loved to have found a way to keep him in the show, too. There was more mileage to gain from those characters, and part of what I think made season 1 so fun for people was we didn’t really know what we were doing,” he said.

Fox was initially really concerned that Seth Cohen was too nerdy and too Jewish for a mainstream audience. “I remember there being some controversy over the character of Seth at first, and the network being concerned that this was a character that might hue too closely to the Freaks & Geeks/Undeclared world of shorter-lived teen soaps, or teen shows. Then Fox had their eye on it, and I was always told, ‘If Ryan is the Luke Perry, then who is the Jason Priestly?’ I was like, ‘Welp, we’re not doing 90210.’ So that went away when we cast Adam Brody, who came in and was really funny and charming, but the network also felt like he would be someone who girls would find appealing. But that was a big risk at the time,” he said.

5. Potential Love Combos That Will Never Be

Given the chance, Schwartz would have approached the relationships on the show a little differently and one could definitely expect to see some couples that never happened while the show was on the air. “We always talked about Ryan/Anna. We always talked about Luke/Summer. There’s all those kind of combinations – Seth/Marissa, we flirted with the idea,” Schwartz said. “There’s a moment in season 2 where you think maybe they’re heading that way toward each other. When we were trying to stay away from that of just re-pairing people.”

One thing that Schwartz probably wouldn’t do again is test Kirsten and Sandy’s marriage the way he did. They were just looking for a new avenue to keep the story interesting, but it ended up being really hard on the viewers.

When it came to casting Marissa Cooper, it was literally down to Mischa Barton and Olivia Wilde. “The two finalists for Marissa were Mischa (Barton) and Olivia Wilde. And we loved Olivia. She had just moved here I think from D.C. and she was brand-new, but she was obviously beautiful but also really good. The thing with Olivia is she’s so strong. She’s such a tough smart strong girl. That was a version of Marissa that did not need saving,” Schwartz said. “And we had in mind a character with a little more of a doe-like energy and somebody who was lost and trapped and needed someone like Ryan to come in and help them be free – the princess in the tower. But with Olivia, we always knew we had to find something else for her to do.”

Johnny Harper and Oliver Trask are two characters that created a little too much controversy for the show. Given the chance, Schwartz would redo Johnny’s storyline, but he wouldn’t change a thing about Oliver. “I know Oliver was a controversial figure when he came on the show, but people still remember that character so vividly and still want to talk about it and have such a strong reaction to it that I would not have changed that because whether you loved it or hated it or loved to hate or whatever it was, it was memorable,” he explained.

While many believe that Mischa Barton wanted off the show, Josh Schwartz claims that this wasn’t the case. “Mischa didn’t want off the show anymore than any of the other kids wanted off the show. [Laughs] It was a complicated chemistry with the cast,” he said. “But she certainly wasn’t actively seeking to leave the show.