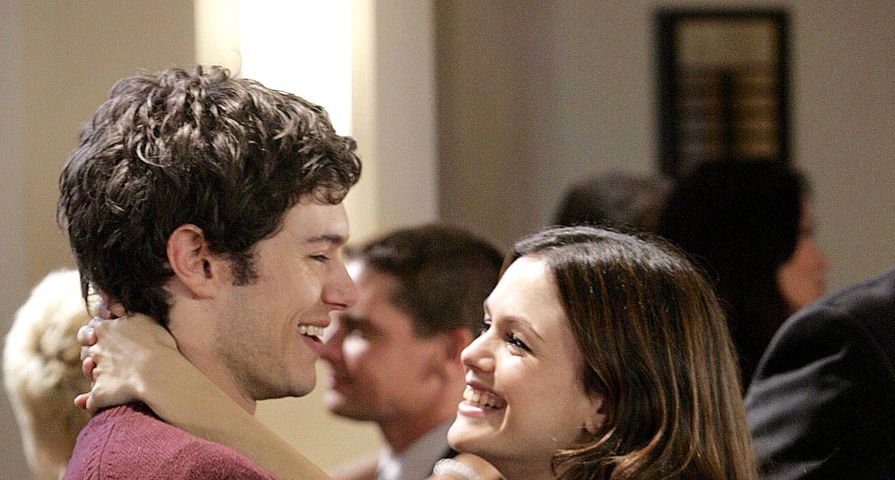 We are still missing The O.C. It doesn’t matter how many years pass – nothing can replace it. When it premiered back in 2003, there was nothing like it on TV. It was hailed as the next Beverly Hills, 90210, but it was such a different show. Like Beverly Hills, the characters were really rich and had a lot of drama; however, that is where the similarities end. The O.C. had a lot that its predecessor didn’t have. It had great music, great fashion and a bromance like no other. When Marissa died at the end of season three, the show really changed. Since we have been missing all things related to The O.C., here are 10 things that we miss the most!

On The O.C., there were tons of parties. Kirsten and Sandy hosted many of them and drama made sure to always attend. We saw countless fights; Julie’s racy tape; Ryan hook up with Caleb Nichol’s girlfriend in the pool; and someone almost drown at one of Marissa’s. In spite of all the unnecessary drama, we still miss these parties and would give anything to have them back.

The O.C. was full of pop culture references and self-referential humor. The show constantly made references to movies, comic books, music, literature, fashion, and food. It also employed meta-fictional humor. The fictional show-within-the-show called “The Valley” and Seth and Zach’s comic book “Atomic Country” were used throughout the series to comment on what was happening in The O.C.

Seth and Summer’s relationships with their childhood toys added another layer of humor to the series. Captain Oats and Princess Sparkles had us all searching our parent’s houses to see if we had any of our own childhood toys left. Seth and Summer proved that it is totally acceptable for people in their teens to talk to their toys about their problems in the privacy of their rooms.

The O.C. was full of drama. So much happened during four short seasons. Numerous characters died, including one of the core characters; more than one struggled with alcohol or drug abuse; there were countless affairs; some characters experimented with their sexuality; and there were numerous fights, both physical and emotional. The writers certainly knew how to draw us in and leave us wanting more!

Kristen and Sandy had the perfect relationship. No other couple on The O.C. had a relationship that really compared to theirs. They obviously had a ridiculous amount of trust, respect, and admiration for each other. No wonder Seth and Ryan turned out so well – they had Kristen and Sandy as their examples!

Music was a big part of The O.C. and we think that it is safe to say that the show made indie rock cool. Bands like The Walkmen, The Killers, Modest Mouse, The Thrills, Rachael Yamagata, Death Cab for Cutie and The Subways all made guest appearances and artists like Beastie Boys, U2, Beck, Coldplay, Gwen Stefani, and The Shins premiered their music on the show. According to Rolling Stone, the soundtrack is what kept people coming back to watch the show, which we think is a pretty apt judgment.

Julie Cooper was cunning, materialistic, image-obsessed, manipulative and exploitative. These qualities make for an awful human being but, as a character on a hit show, it makes for great entertainment. Julie proved to be way more interesting than her daughter Marissa. She never failed to disappoint. She loved drama and it followed her wherever she went. If Marissa had been just a little more like her mom, we probably would have liked her more.

Each episode of The O.C. was like a fashion show. Even if some of the storylines were a little clichéd at times, at least we could always look forward to what Marissa and Summer were wearing. These two never failed to disappoint. Watching this show, we learned so much about what was hip at the moment fashion-wise. Without it, we are a little lost!

Seth and Ryan’s bromance was the central relationship on The O.C. These two were great together and had a bond like no other characters on the show. They began as friends and ended up becoming brothers. They were always there for each other and, even in the worst of circumstances, they were the only ones really able to get through to each other. Also, their banter was hilarious.